EXID became emotional as they shared their feelings on “Celeb.TV.”

On May 9, the girl group appeared on the live variety show, which featured a segment in which the members took turns giving each other compliments while holding each other from behind, which led to a lot of laughs. Jeonghwa was first up to compliment Solji, and she shared that Solji is really cool and reliable. “She’s someone who gives us a lot of strength,” she said. 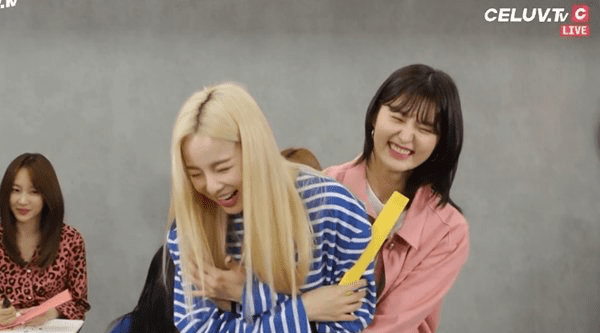 LE was then next up to compliment Jeonghwa, and she first wished her a happy birthday. “I’m always supporting your cheerfulness,” LE said. “I’ll support all the paths you take. I love you.”

Solji said to LE, “LE’s personality is so great and she’s really talented. She’s so tender-hearted. I really like LE. You’re a really lovable person, and you always make me have fun. I love you.”

Since Hani and Hyelin were the only two members left, it was decided that they’d look at each other instead of having one member hold the other.

Hani said to Hyelin, “I’m always supporting your future, and I’m your biggest fan.” She then thanked her and they hugged, and the others noticed Hani had started to cry. 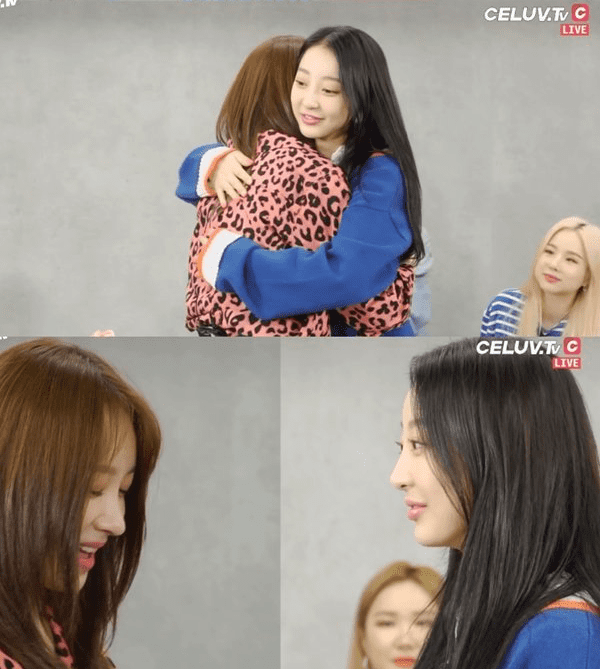 Her members comforted her and explained, “It’s because Hani is so tender-hearted.” While Hani collected herself, she jokingly told Hyelin, “Hey, it’s your turn.” However, Hyelin also began to tear up and was given some tissues too, and they all joked and laughed as the pair recovered. 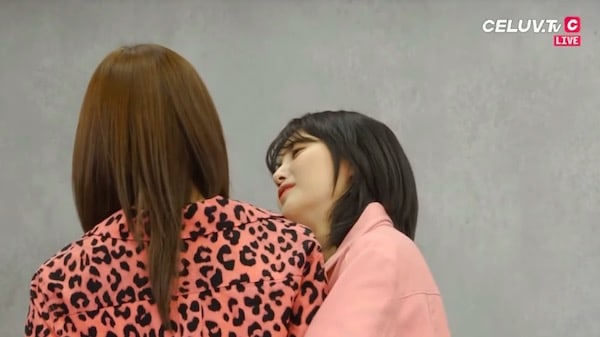 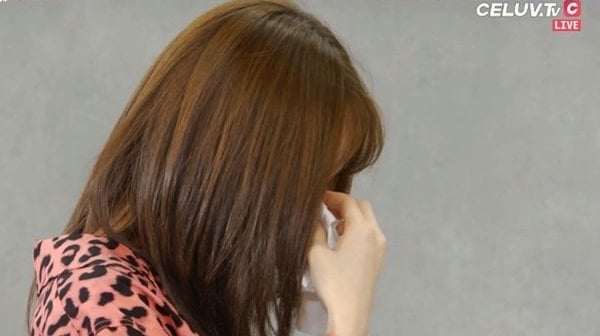 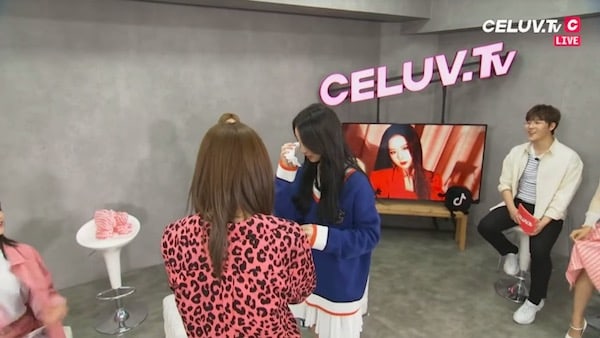 It was announced last week that Hani and Jeonghwa will be leaving Banana Culture Entertainment when their contracts expire with the company at the end of the month, although EXID does not plan to disband. The five members will continue Japanese promotions together for another year.

EXID is gearing up for a comeback on May 15 with “ME&YOU.”

EXID
Celeb TV
How does this article make you feel?