Kangnam talked about his relationship with Lee Sang Hwa on KBS 2TV’s “Happy Together.”

On the May 9 episode, he appeared as a guest and was asked about his girlfriend. “I became a fan after watching the PyeongChang Olympics and we met a few months later on ‘Law of the Jungle,'” began Kangnam. “But I fell for her because of how humble she was despite the fact that she was an amazing sports star.”

He continued, “When we were going to the jungle, my seat was next to Lee Sang Hwa. But Lee Sang Hwa suddenly changed her seat with Kwak Yoon Gy so I thought that Lee Sang Hwa disliked me.” Kangnam made everyone laugh by revealing, “The reason for that was ‘The Avengers.’ I watched that movie three times on my way to the jungle. I couldn’t help it because I really wanted to watch it.” 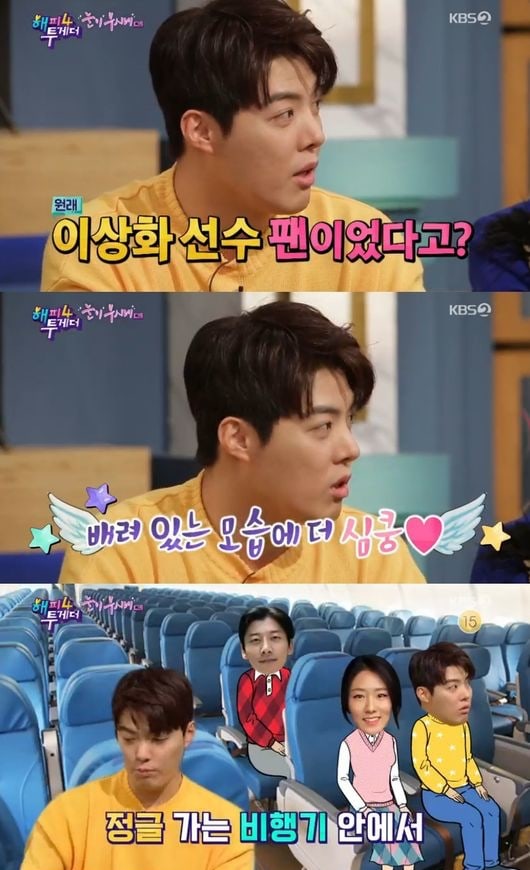 When asked how they began dating, Kangnam replied, “We were talking in our group chat after ‘Law of the Jungle’ and Lee Sang Hwa and I were the only celebrities. At the time, Lee Sang Hwa lost her card and the staff had her card. Since the staff had to work, the two of us continued talking and became close. After that, we met up.”

On his girlfriend’s reaction to reports of their dating news, Kangnam said, “I decided to completely do what global sports star Lee Sang Hwa said, but told me we should quickly confirm it since it was true that we were dating. She wanted to make it public from the beginning.” 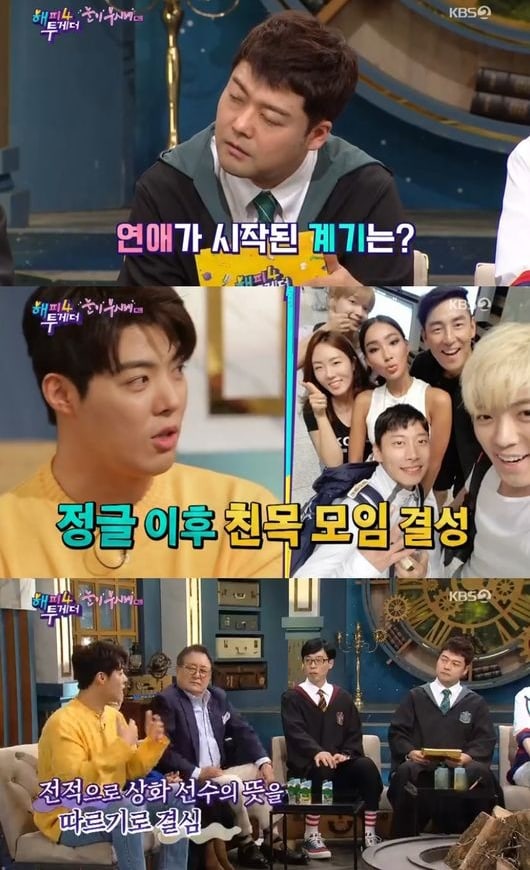 Happy Together
Kangnam
Lee Sang Hwa
How does this article make you feel?