On May 10, KBS 2TV’s upcoming drama “Perfume” unveiled new stills of Cha Ye Ryun in her role as Han Ji Na, the ex-girlfriend of fashion designer Seo Yi Do (played by Shin Sung Rok). After starting her career in fashion as a highly successful model, Han Ji Na eventually joins forces with Seo Yi Do to make her modeling agency, E-stream, the top agency in Korea.

The newly released photos show Han Ji Na backstage at a fashion show, looking confident and poised as she tells everyone where to go and what to do. 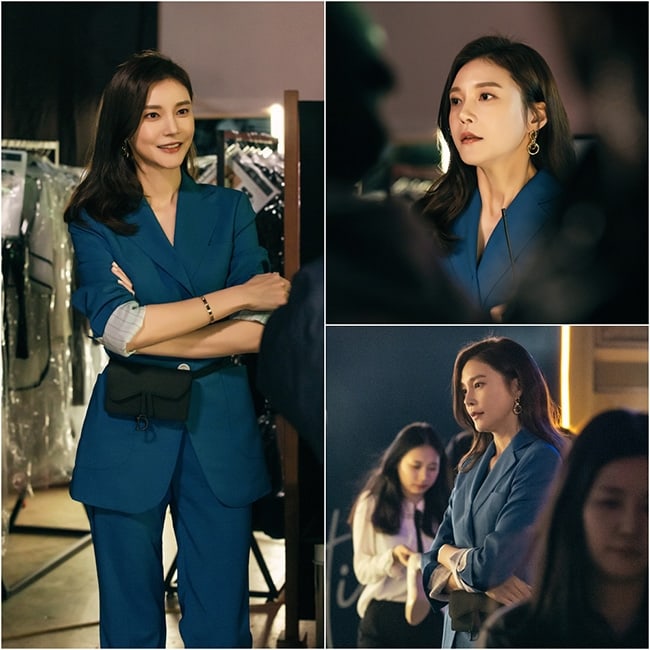 After her very first shoot for the drama, Cha Ye Ryun remarked, “Because it’s my first drama in four years, I was very nervous up until I arrived on set, and I came here feeling both excited and scared. But the staff helped me out a lot, and I think that my scene with Shin Sung Rok and Go Won Hee was fun and went well, so I’m really looking forward to [seeing] it.”

The actress added, “We filmed a scene in which we put on a fashion show, and thanks to the help of many people, I think it will be a very cool scene. Because it’s a fun and spirited fashion-related drama, I’m really looking forward to it. I think it will be a great drama.”

Meanwhile, the producers of “Perfume” had nothing but praise for Cha Ye Ryun’s performance, commenting, “From the very first shoot, Cha Ye Ryun portrayed Han Ji Na flawlessly, as if wearing an outfit custom-tailored for her. It was as if her long hiatus had never happened.” They continued, “Please keep an eye on Cha Ye Ryun as she transforms into the sharp and professional director of a top modeling agency.”

“Perfume,” a new fantasy romance drama about the love story between a neurotic fashion designer (Shin Sung Rok) and a housewife who is magically given a second chance at life (Go Won Hee) will premiere on June 3.

Cha Ye Ryun
Perfume
How does this article make you feel?