“Different Dreams” is an espionage drama set in the 1930s during the Japanese colonization of Korea. The drama tells the story of the fight for independence led by Kim Won Bong (played by Yoo Ji Tae), the leader of the secret organization Heroic Corps, and Lee Young Jin (played by Lee Yo Won), a surgeon who becomes a spy for the resistance. Im Joo Hwan and Nam Gyu Ri also star in the drama as a Japanese prosecutor and a jazz club singer, respectively. The drama premiered to solid ratings, scoring average nationwide ratings of 5.0 percent, 7.1 percent, 5.9 percent, and 6.5 percent for its four parts.

In the last broadcast, Lee Young Jin was taken to the police for investigation on the suspicion of participating in a plan to assassinate the head of the Japanese army. Fukuda (played by Im Joo Hwan), who was the prosecutor for the case, felt curiosity towards Lee Young Jin and her upright and tenacious character, so he actively helped to prove her innocence in order for her to be released as soon as possible. Fukuda also confessed, “I will wait for you,” to Lee Young Jin who has to leave for Shanghai, sparking curiosity among the viewers as to what will happen between the resistance spy and Japanese prosecutor.

In the released stills, Lee Yo Won and Im Joo Hwan are spending time together in the beautifully lit streets of Shanghai and share a heart-fluttering gaze. However, the two are not fated to be as they are a spy for the provisional government and a Japanese prosecutor. In particular, there is subtle tension felt by viewers from their dangerous relationship as Fukuda does not even imagine that Lee Young Jin is a spy. 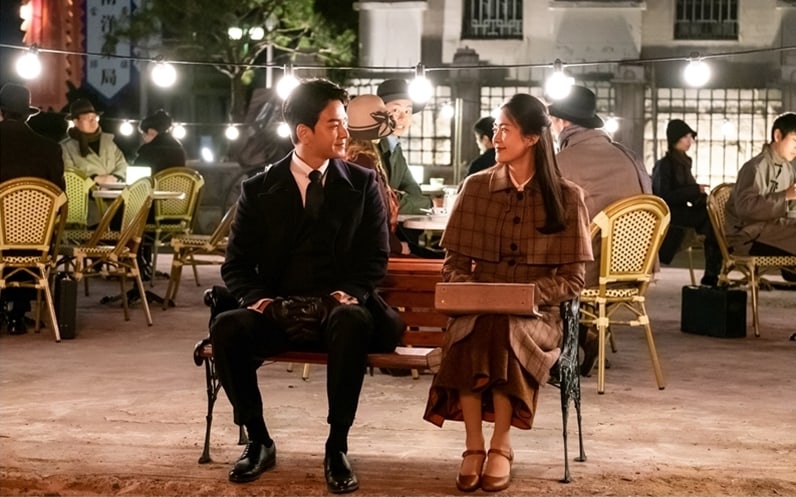 Director Yoon Sang Ho of “Different Dreams” said, “One of the points to watch out for will be provisional government spy ‘Blue Bird’ Lee Yo Won’s move to Shanghai. Furthermore, tension will increase with the surfacing of the threats surrounding spy Lee Yo Won including pressure from the Heroic Corps, the pursuit from the Japanese prosecutor, and more.”

Im Joo Hwan
Lee Yo Won
Different Dreams
How does this article make you feel?