“Advisor” tells the story of politicians who control the world while standing behind the spotlight and engage in the dangerous gambling of politics. It is also a survival story of the “super” advisor Jang Tae Joon (Lee Jung Jae) who is on his way to having the most power in the nation.

In the teaser and stills, Lee Jung Jae fixes his tie with determined eyes and a stern expression. The liquid gold that spills over his hands and black suit is the main focus of the posters, further emphasized by the black-and-white coloring. 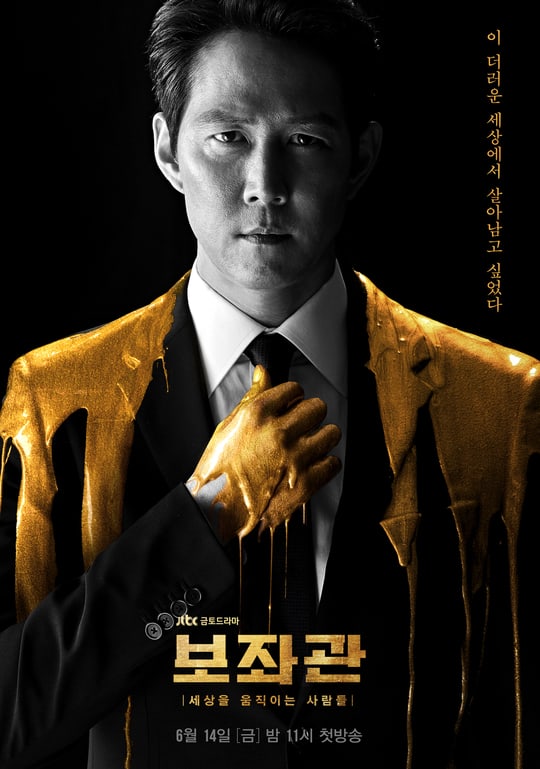 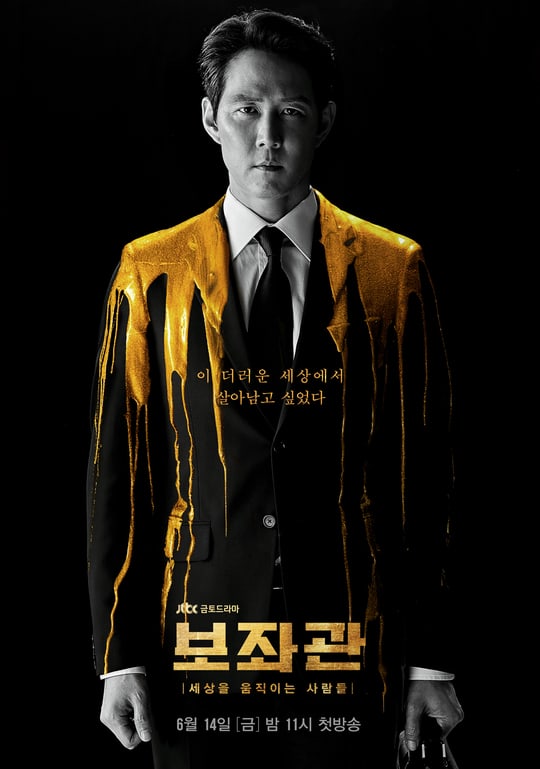 The catchphrase found in both the teaser and the posters (“I wanted to survive in this dirty world”) seems to represent Jang Tae Joon’s golden ambition. The members of Congress are represented by a “Golden Badge,” and Jang Tae Joon assists them to the best of his ability. Therefore, viewers wonder if he is working towards the “Golden Badge.”

The production staff stated, “Please look forward to the story that will be created when the luxurious acting of Lee Jung Jae, who has returned to the small screen after 10 years, and the intense survival story of Jang Tae Joon, an advisor who [aims] to survive [in a world] surrounded by political players, meet.”

“Advisor” is slated to premiere on June 14 as the follow-up project to “Beautiful World.”