The new season of the “Voice” series will be unveiled tonight!

OCN’s new weekend original drama ‘Voice 3″ will be a new season in the series that follows the stories of 112 emergency call center employees. The thriller has been recognized for its use of a unique premise of voice profiling, and the first two seasons were a hit, with “Voice 2” setting a new record for the highest viewership ratings for an OCN drama at 7.1 percent.

With “Voice 3” just about to begin, here are three things the cast and director Nam Ki Hoon chose as things to watch for.

Many questions left by “Voice 2”

The shocking ending of “Voice 2” involved a building explosion with the words “Things will continue in ‘Voice 3: City of Accomplices'” flashing on the screen, indicating that the new series would unravel stories yet untold. Eight months have gone by and Lee Ha Na and Kim Woo Seok said, “The biggest thing to watch for is how the many questions left by the last season are answered in ‘Voice 3.’ What happens to Bang Je Soo (Kwon Yool), what the meaning behind ‘City of Accomplices’ is, and how the mystery all ties back to Do Kang Woo (Lee Jin Wook) will be revealed in ‘Voice 3’ so tune in to find out.” 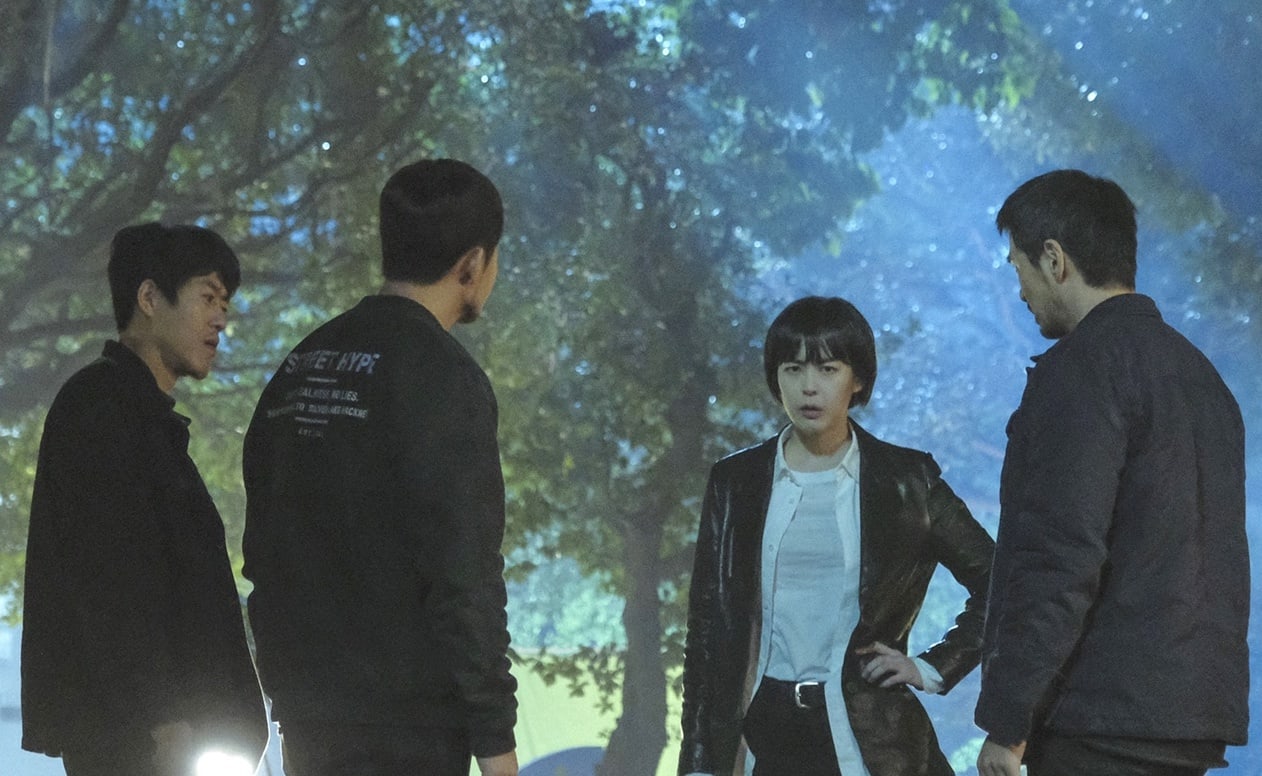 Kang Kwon Joo (Lee Ha Na) finds there’s a problem with her perfect hearing, and Do Kang Woo realizes that his evil instincts are surfacing. In the press conference that took place on May 9, Lee Ha Na and Lee Jin Wook talked about these factors.

Lee Ha Na said, “The story will begin and end with how Kang Kwon Joo deals with the changes to her ability to hear,” and Lee Jin Wook added, “I believe that every person has both good and evil in them. Do Kang Woo’s evil side will be surfacing in the new season.” He also stated, “It will be interesting to see how he handles this and continues to work with the golden time team, and what will happen to Do Kang Woo in the end.”

At its core, a story of saving people

Director Nam Ki Hoon talked about the reason for doing a third season and said, “The ‘Voice’ series at its core is a story about saving people,” and the actors agreed. Lee Ha Ha added, “We will still be focusing on the golden time of three minutes after a call is made,” and Son Eun Seo said, “The true protagonists of our drama are the victims. Viewers will be able to see the problems behind each incident and empathize with the pain and sorrow.” Everyone said that “Voice 3” is a drama to be excited for as, “It’s a story about saving people, and listening to the smallest voices that could have been passed over.”