NU’EST’s JR Reveals That He Struggles To Memorize Lyrics

On the May 11 broadcast of tvN’s “Amazing Saturday,” NU’EST’s JR revealed that he has trouble memorizing lyrics.

JR appeared as a guest on the show with his group mate Minhyun, and when a host on the show mentioned that one of the NU’EST members was concerned about being on the show, JR raised his hand, saying it’s him.

He explained, “Honestly, in NU’EST, I’m the worst at memorizing lyrics, even for our own songs. So I don’t know if I can do well today.” 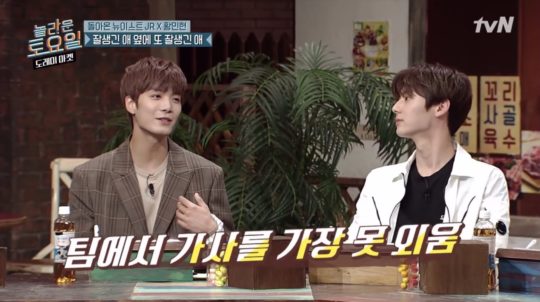 He added that recently NU’EST has only been practicing their title track, so he hasn’t been listening to recent music. “Because I have to memorize my own lines.” 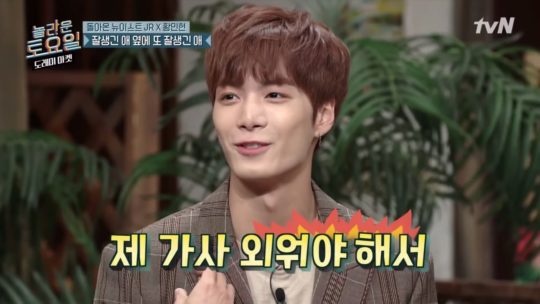 Minhyun, on the other hand, said he felt pretty good. “I’m a fan of the show, so after playing along with the games from home, I’m pretty confident.”

He said, “When I listen to music, I really focus on the lyrics.” 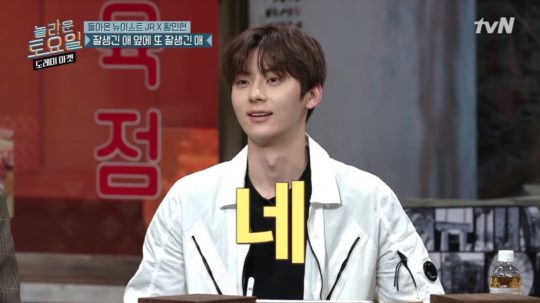 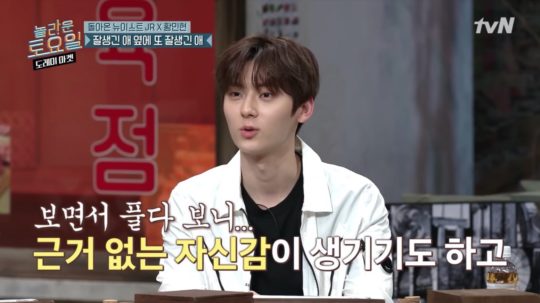 NU'EST
JR
Minhyun
Amazing Saturday
How does this article make you feel?