AB6IX’s Park Woo Jin suffered from a high fever during the first episode of “Law of the Jungle in Lost Jungle & Lost Island.”

The latest season of the show kicked off on May 11, and the new cast — fighter Jung Chan Sung, Park Jung Chul, Park Ho San, Hyun Woo, Uhm Hyun Kyung, AB6IX’s Park Woo Jin, gugudan’s Mina, and Kim Byung Man — made their way to the show’s latest wilderness location, a mangrove forest, where the team was tasked with making it out on the other side.

Kim Byung Man showed up with a raft that he made himself, and the team took turns paddling down the river. They started to fatigue heavily when the the sun came out, and one of the members joked that they should do a rain dance. Park Woo Jin obliged, dancing in the center of the raft, and it started raining, giving the members a much needed respite from the heat. 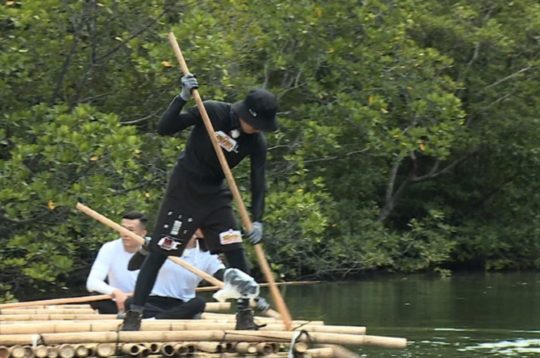 Once they got to their destination, the team split up into groups to find food and make shelter. Park Woo Jin, who was a part of the group building the shelter, began to feel unwell and said he was nauseated.

When his temperature was taken, it came out to 39.3 degrees Celsius (approximately 102.7 degrees Fahrenheit). 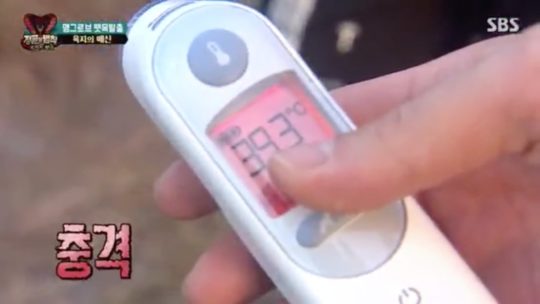 Park Woo Jin said in his interview, “I had no idea it would be that high. It was so hot that day that I couldn’t tell if the heat was from the sun or my body. When the sun went down a little, I started to feel dizzy and weak.” The team doctor who was checking on Park Woo Jin recommended he take some time away from the survival site to get treatment.

Watch “Law of the Jungle”:

Law of the Jungle
Park Woo Jin
AB6IX
How does this article make you feel?