Watch: gugudan’s Mina Shows Confidence In Her Eating Skills On “Law Of The Jungle”

At the producer’s question of what she was most confident in, Mina adorably replied, “When I eat, I really eat a lot. I have the nickname “Mi-Ddo-Muk,” a shortened version of “Mina is eating again.” 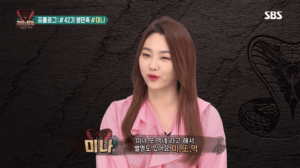 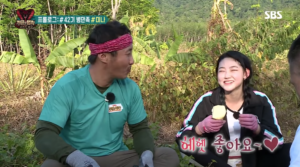 Even when dealing with food she’s never tried before, she isn’t afraid to see what it tastes like. Watch her try a raw cashew nut and a cashew apple for the first time!

gugudan
Law of the Jungle
Mina (gugudan)
How does this article make you feel?