Park Hyung Sik Responds To Being Called The Master Of Kissing

Park Hyung Sik shared his thoughts on romance and kiss scenes on SBS’s “My Ugly Duckling.”

On the May 12 broadcast of the reality show, the singer-actor appeared as a special MC.

During the show, Seo Jang Hoon asked Park Hyung Sik, “I heard that you’re drawn to older women. Why did you say that?” Shin Dong Yup added, “Is there a specific [age] limit, such as a woman younger than your mom?” Park Hyung Sik replied, “I hadn’t thought about it, but I think it’s important. I’d like her to be younger than my mom.” However, he added, “If I really love someone, then age doesn’t matter.”

Seo Jang Hoon then asked the panel of celebrity moms about whether they would date a younger man in their next life. Park Soo Hong‘s mom said, “My husband is three years older than me and is still like a child. What will I do [with a man] who’s even younger?”

Tony Ahn‘s mother replied, “I’m okay with someone 20 years younger than me. How old are you right now, Seo Jang Hoon?” A startled Seo Jang Hoon responded, “There isn’t a big age difference between me and Tony. I’m not as old as you think.” 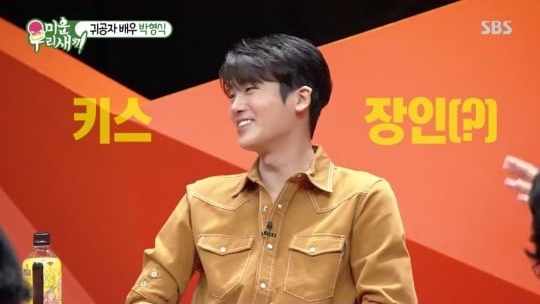 Shin Dong Yup also commented on Park Hyung Sik’s acting. He said, “Acting is really hard. Kiss scenes can especially be embarrassing and awkward, but you do an amazing job at every kiss scene. You’re a master at kissing.”

Park Hyung Sik reacted with embarrassment and said humbly, “There’s no such thing as a master [of kissing].” Shin Dong Yup replied, “If you’re overly good at it, you’re a master.” Park Soo Hong’s mom then made everyone laugh by saying, “Now that I look at him, [Park Hyung Sik] looks passionate.”

“It’s because I’ve watched a lot of things,” explained Park Hyung Sik. “I’ve seen many films and things like that.” When Shin Dong Yup responded by laughing, the singer-actor replied, “Why are you laughing like that?” 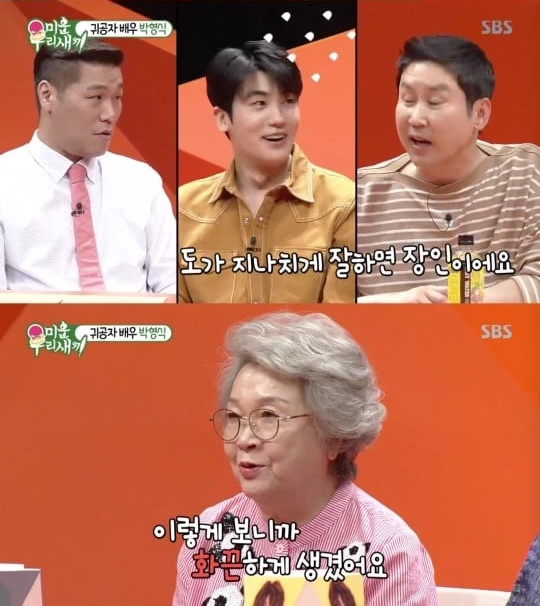 “My Ugly Duckling” airs on Sundays at 11 p.m. KST. Check out an episode below!

ZE:A
Park Hyung Sik
My Ugly Duckling
How does this article make you feel?