Based on the popular Japanese manga series of the same name, “Absolute Boyfriend” is a new “romantic melodrama disguised as science fiction.” The romantic comedy will tell the story of Uhm Da Da, a special effects makeup artist who has grown hard-hearted after being wounded by love (played by Girl’s Day’s Minah), and Zero-Nine, a humanoid robot built to become the ideal boyfriend (played by Yeo Jin Goo).

On May 14, the upcoming drama unveiled new stills of Yeo Jin Goo in his starring role as Zero-Nine. A high-tech secret known only to 0.001 percent of the world, Zero-Nine is an advanced robot programmed to shower love and affection only on the person that he recognizes as his “girlfriend.”

In the newly released photos, Zero-Nine looks amazed by the falling rain as he waits for someone at a bus stop, stretching out his hand to feel the raindrops on his skin. 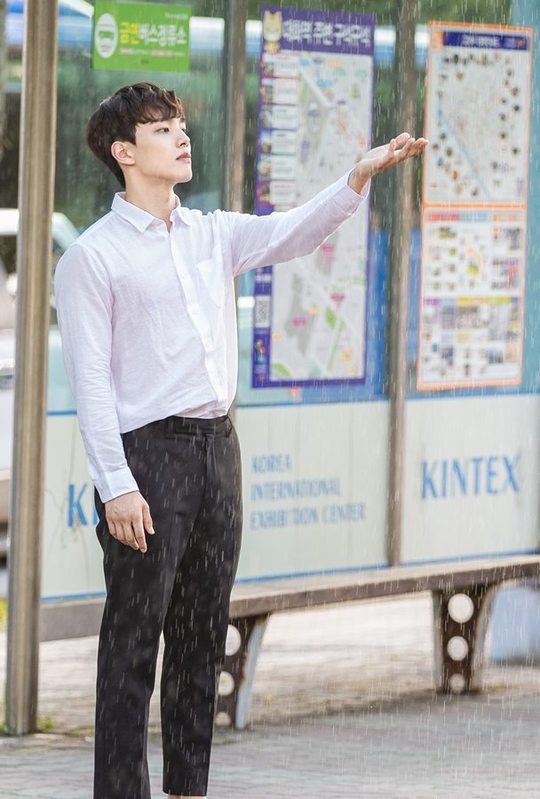 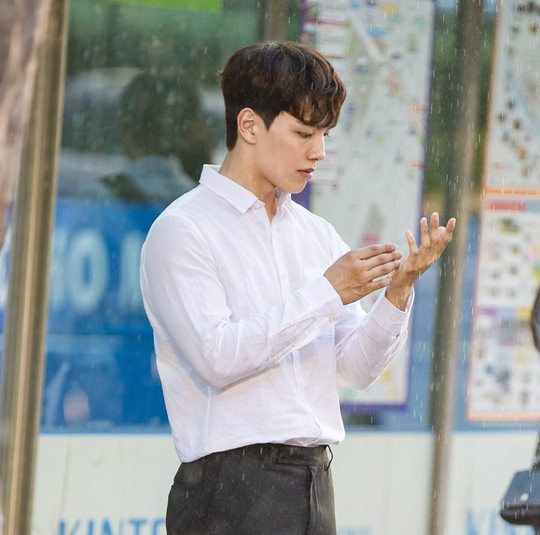 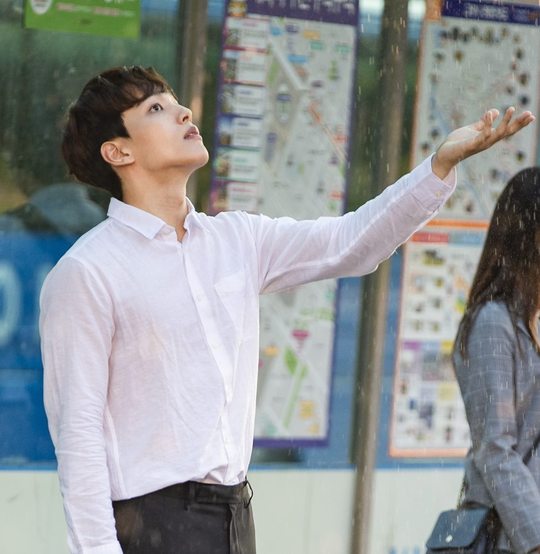 The producers of “Absolute Boyfriend” had no shortage of praise for Yeo Jin Goo as an actor, commenting, “Yeo Jin Goo’s acting in ‘Absolute Boyfriend’ is so perfectly suited to the romantic comedy genre that we couldn’t wish for more.”

They went on, “On top of that, he has done a remarkable job portraying the unusual character of an emotional humanoid robot. Please look forward to Yeo Jin Goo’s unique take on ‘Absolute Boyfriend.'”

“Absolute Boyfriend” premieres on May 15 at 10 p.m. KST and will be available with English subtitles on Viki.