“Her Private Life” Scene-Stealers Who Captivate With Their Unique Charms

The main leads of tvN’s Wednesday-Thursday drama “Her Private Life” truly shine, but at the same time, actors Park Jin Joo, Kim Bo Ra, Kim Sun Young, and Jung Si Youl have been stealing the show with their charming personas!

In the drama, Park Jin Joo plays Lee Seon Joo, Sung Duk Mi’s (played by Park Min Young) fellow fangirl that’s making all the viewers want a best friend like her. Giving love advice and sharing a similar hobby of fangirIing, Lee Seon Joo and her friendship with Sung Duk Mi were realistically portrayed by the talented actress. Stating the words, “The person you must meet in your life is not your soulmate, but your fangirl soulmate,” and, “When reality sucks, fangirl,” Lee Seon Joo is a relatable character with irresistible charms and perfectly timed comments that are beyond refreshing. 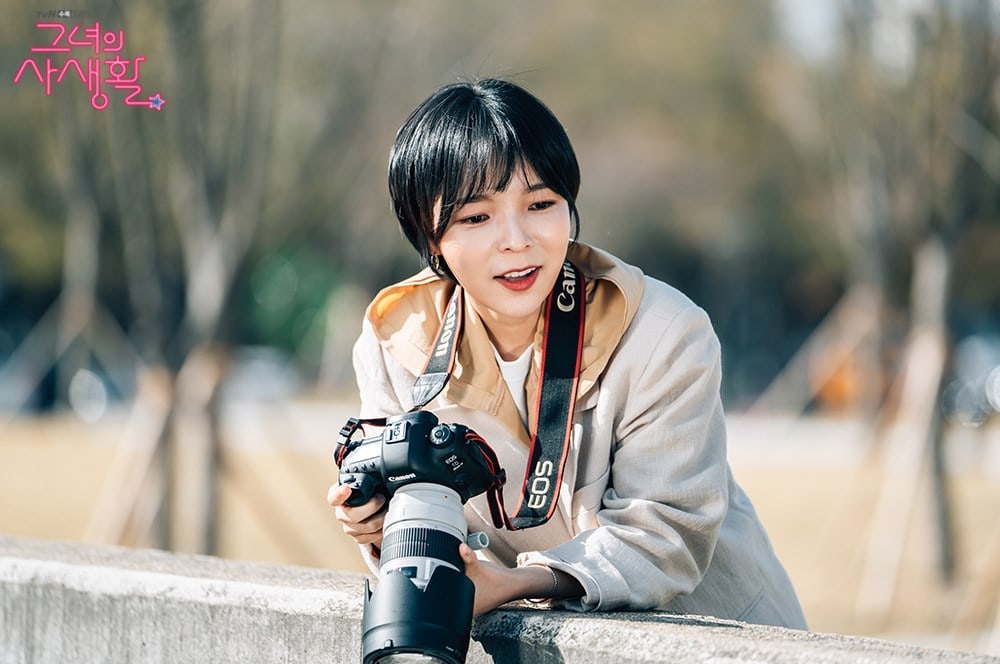 The art gallery’s previous director Uhm So Hye (played by Kim Sun Young) and intern Kim Hyo Jin (also known as Cindy, played by Kim Bo Ra) have been showcasing a hilarious mother-daughter chemistry. From her first appearance, Uhm So Hye has proven to be an interesting character with her raised eyebrows, short bangs, and unique style. Using an elegant tone, she captured the audience with her eccentric commands and habit of saying, “My husband Moo San…” Recently, she made the viewers laugh when she fangirled over her daughter while closely observing her, who was also doing things that fans do. 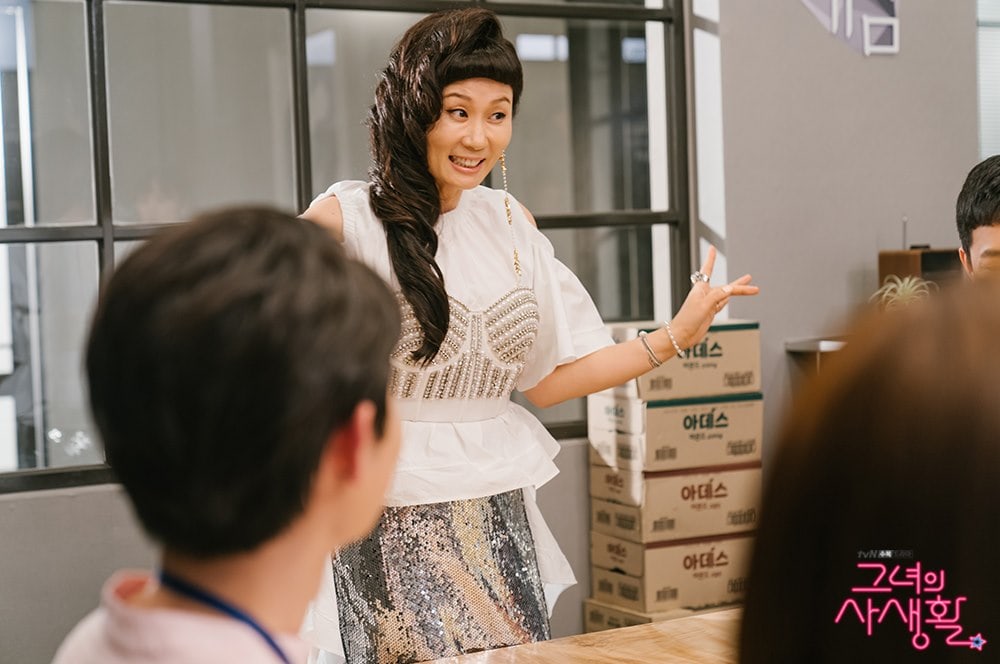 Meanwhile, Kim Bo Ra has taken on the role of Sung Duk Mi’s rival homepage master Cindy. Using her connection to her mother, she became an intern at the art gallery and unintentionally acted as a cupid for Sung Duk Mi and Ryan Gold (played by Kim Jae Wook). With the addition of Cindy to the art gallery staff, Sung Duk Mi and Ryan Gold were forced to continue with their fake dating, which laid out the perfect path for them to become a real couple. 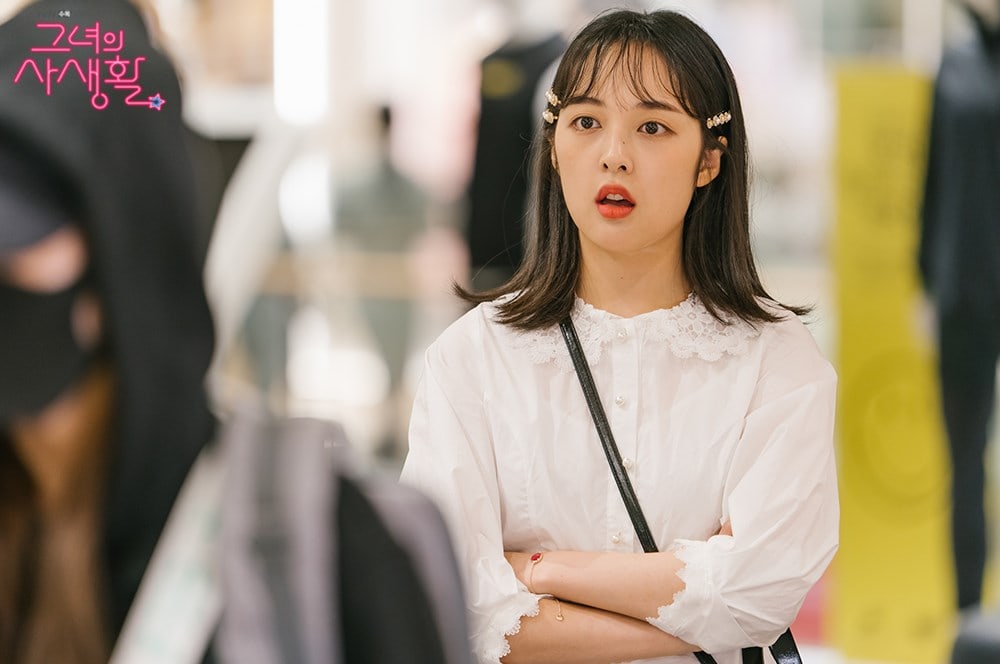 Finally, the youngest actor that has been captivating the viewers’ hearts is Jung Si Youl, who’s taken on the role of Lee Seon Joo’s son Kang Geon Woo. With his squishy cheeks, endearing bowl cut, and adorable mispronunciation of Nam Eun Ki’s (played by Ahn Bo Hyun) title, he’s sure to steal the show whenever he appears. 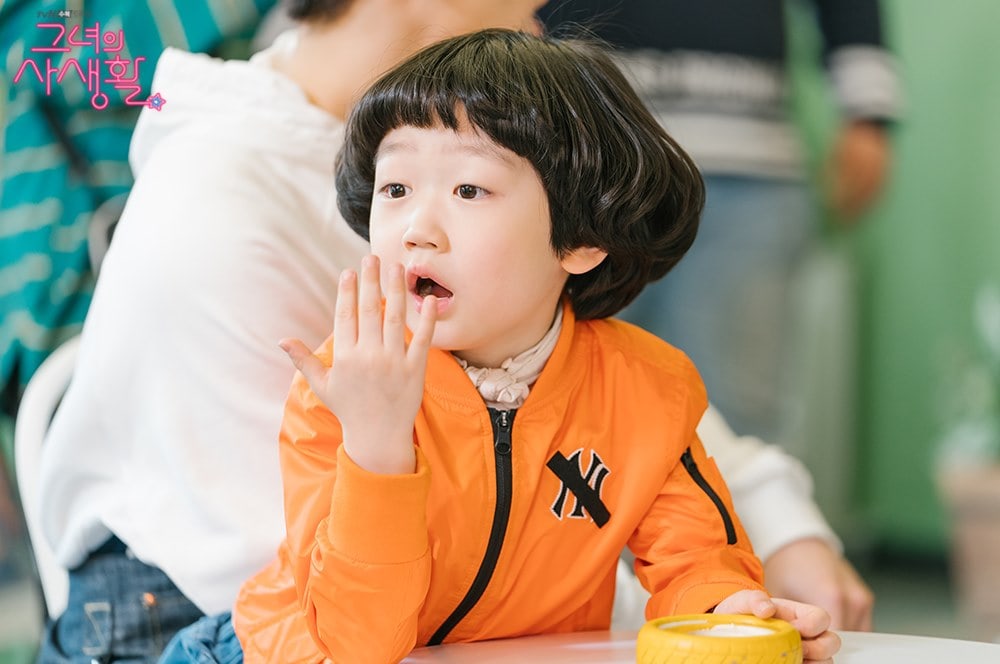 “Her Private Life” airs every Wednesday and Thursday at 9:30 p.m. KST. Watch the latest episode below!