JTBC has released new stills of Lee Yi Kyung in “Welcome to Waikiki 2” before its final episode!

In the previous episode, Joon Ki (played by Lee Yi Kyung), who was cast in a play titled “The King and His Male Friend,” had to spend the entire day with his partner Seung Hyun (played by Jang Tae Sung) at the director’s special order, and the viewers couldn’t stop laughing at their hilarious chemistry.

Although spending time with Seung Hyun was awkward and uncomfortable for Joon Ki at first, he discovered similarities between them and slowly began to show an affectionate gaze for him.

With the newly released stills, viewers are curious about Joon Ki’s shift in emotions. In particular, Joon Ki looked concerned about the news that Jung Eun (played by Ahn So Hee) and Min Joon would be coming together to watch his performance. Joon Ki was unable to hide his jealousy and displeasure when Jung Eun said she wanted to try officially dating Min Joon. Viewers are highly anticipating the last episode to see how Joon Ki’s feelings towards Jung Eun will change, as well as his dream of becoming star. 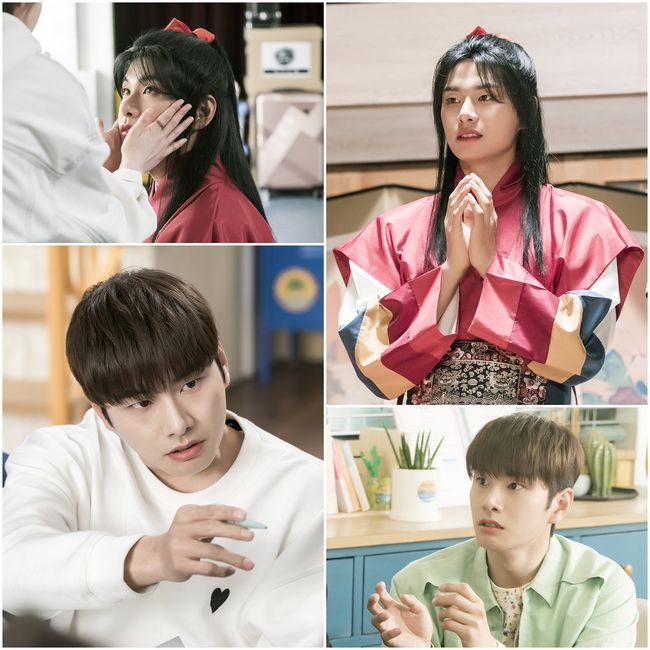 The final episode of “Welcome to Waikiki 2” will air on May 14 at 9:30 p.m. KST. Catch one of the latest episodes below!

Lee Yi Kyung
Welcome to Waikiki 2
Jang Tae Sung
How does this article make you feel?