On May 13, Good Data Corporation released their weekly ratings of the most buzzworthy dramas and cast members.

The results are from the company’s analysis of 27 dramas that aired or are scheduled to air from May 6 to May 12 in the areas of online articles, blog posts, community forums, social media, and views on video clips.

In second place was OCN’s “Voice 3,” which premiered on May 11 with strong viewership ratings. Its cast members Lee Ha Na and Lee Jin Wook each placed No. 5 and No. 6 respectively on the buzzworthy actors list.

SBS’s “Nokdu Flower” came in at No. 4 with one of its male leads Jo Jung Suk entering the buzzworthy actors list at No. 7. 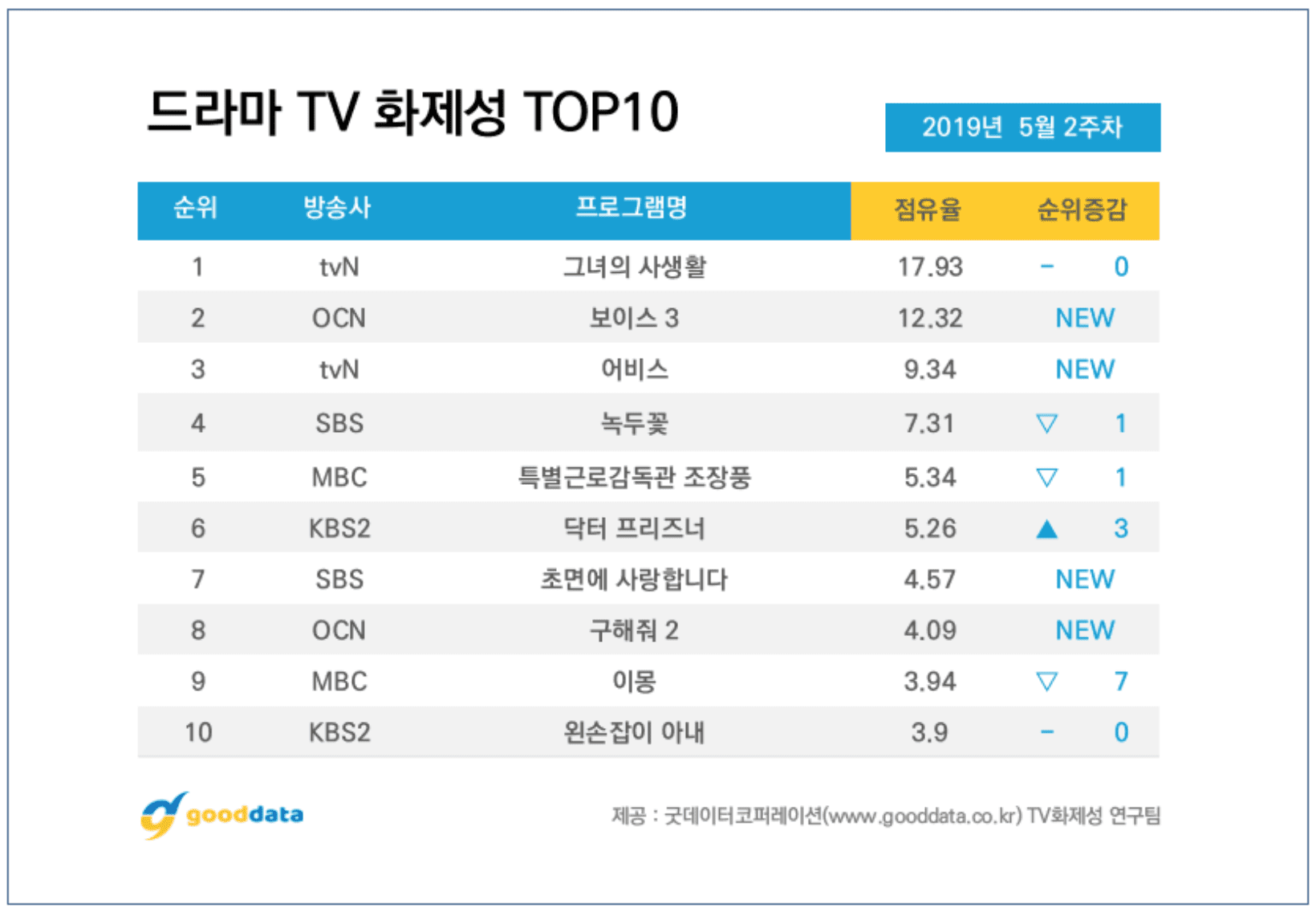 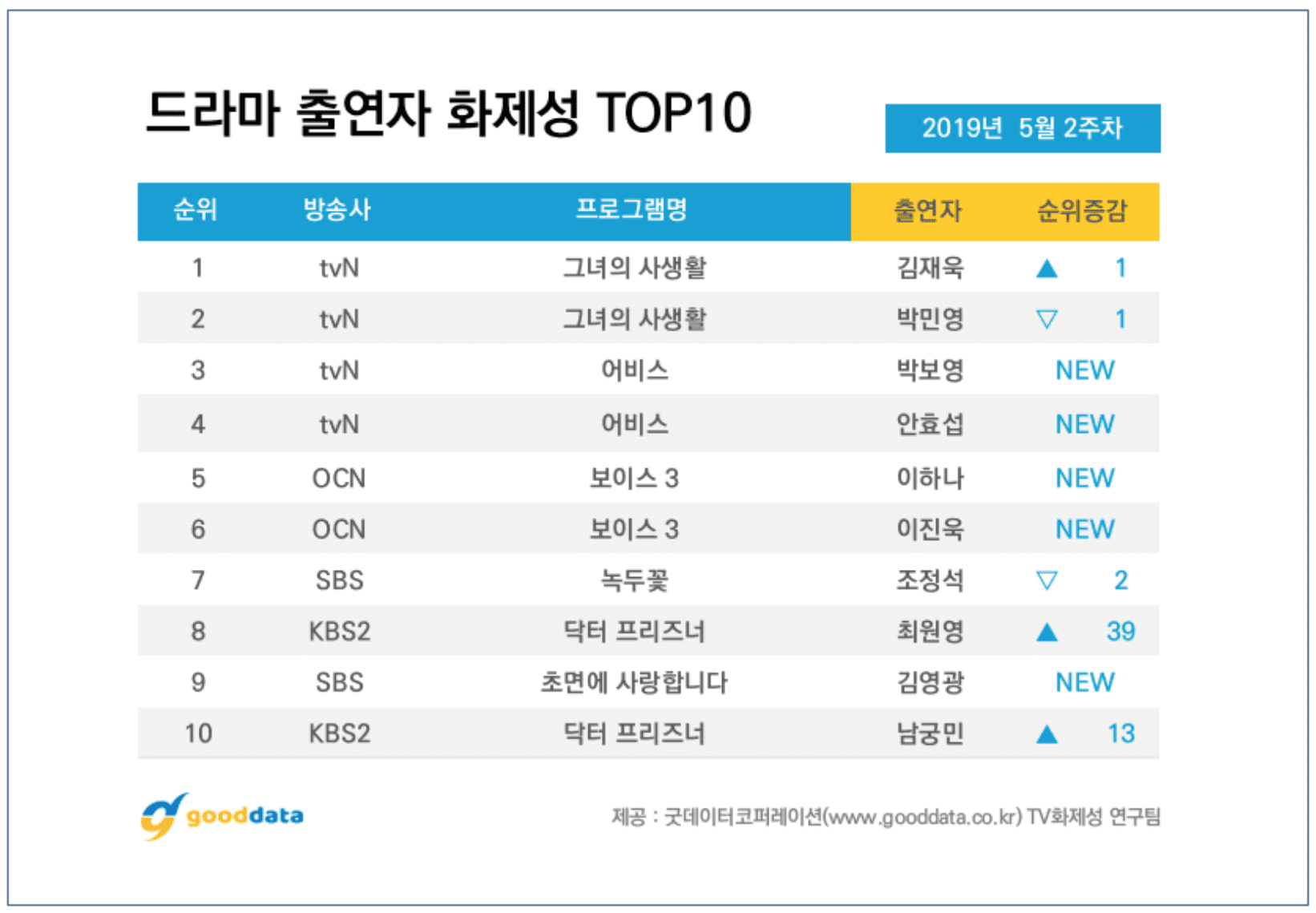