Following the confirmation of its cast, upcoming OCN drama “Watcher” has released photos from its first script reading!

“Watcher” is a psychological thriller that follows three people, whose lives are destroyed by a tragic accident, as they become a team that uncovers corruption and fights against people with power. With an interesting premise of good cops catching bad cops, the drama will deal with the various facets of humanity in a new way.

The production crew as well as the actors including Han Suk Kyu, Kim Hyun Joo, and Seo Kang Joon, got together to perform the elaborate script reading. 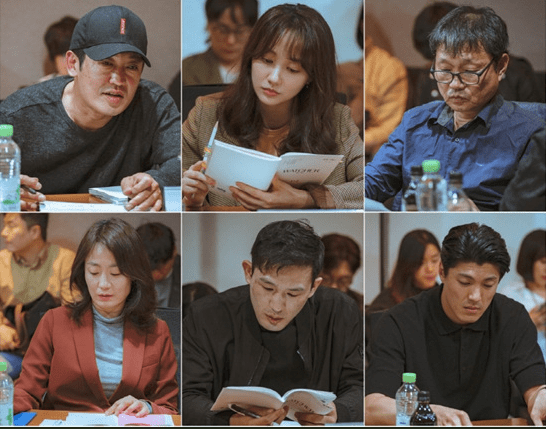 Han Suk Kyu became Do Chi Kwang, the cold but sly head of the anti-corruption team who doesn’t trust people’s feelings. The actor said, “I was impressed by the realistic script that is faithful to the [psychological thriller] genre. It’s a production that focuses on the people involved in the cases.” 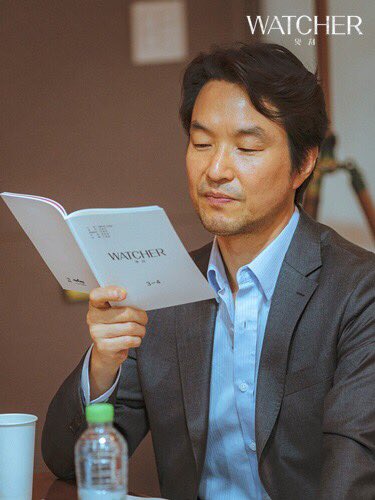 Seo Kang Joon immersed himself into his role as Kim Young Goon, a motor patrol officer. He portrayed Kim Young Goon’s complicated psychology in a variety of ways. Viewers are already looking forward to his more mature acting. Seo Kang Joon stated, “Working with these amazing senior actors made my heart rate go up. I especially want to see Han Suk Kyu on set soon.” 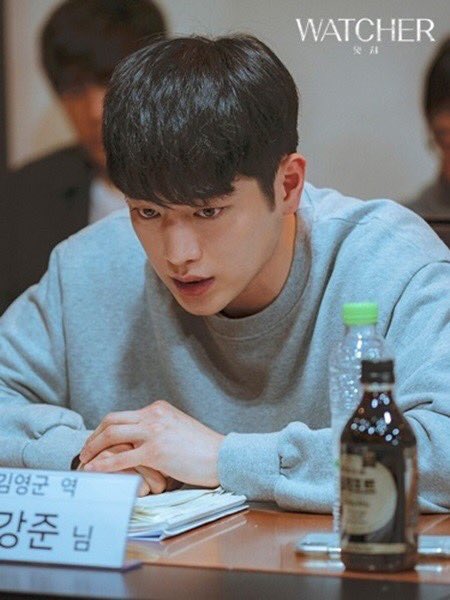 As expected, Kim Hyun Joo showed great acting as the popular lawyer Han Tae Joo. She gave an outstanding performance with her soft charisma. After the first script reading, she praised, “This is a script that any actor would feel obliged to choose. I liked how this drama focused on the psychology rather than visual stimulation.” 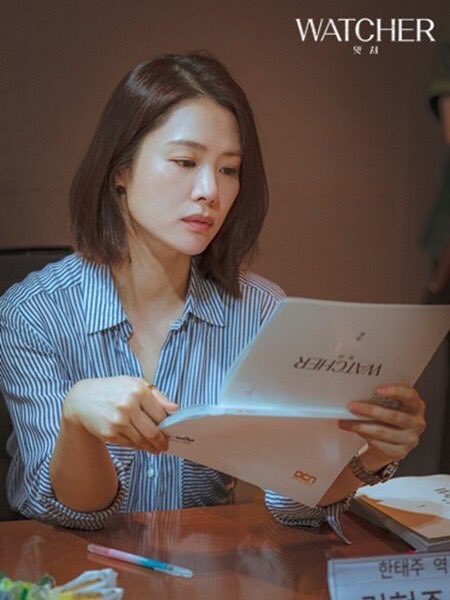 “Watcher” will be directed by Ahn Gil Ho, who worked on “Memories of the Alhambra” and “Stranger,” and the script will be written by Han Sang Woon, who wrote “Good Wife.”

The drama will premiere in July. In the meantime, start watching Seo Kang Joon’s latest drama “The Third Charm” below!