Ailee revealed a story about witnessing her ex-boyfriend cheating on her and how it influenced the way she approached a future relationship.

On the May 14 broadcast of “Video Star,” MC Kim Sook said, “I heard that there’s a song Ailee sang while thinking of an ex-boyfriend who cheated on her.”

Ailee explained, “I didn’t sing it while thinking of the person who cheated on me, but rather I sang it thinking about the person I am most apologetic to among the people I’ve dated. I didn’t treat him well. I found that I couldn’t give all my heart to him because my ex-boyfriend cheated on me. I drew a line between us.” 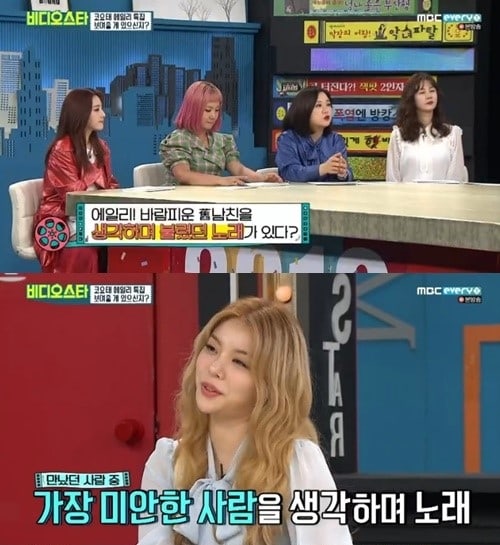 She further divulged, “I witnessed my ex-boyfriend cheating on me. On his birthday, I told him I couldn’t go to his party because of schoolwork, but I secretly went. I popped in as a surprise, and the people there scattered like cockroaches. I saw my boyfriend being physically affectionate with another woman. I was so shocked that I couldn’t say anything.”

She continued, “My boyfriend said it was a misunderstanding, but I clearly saw it. I went home crying. My song from 2016 ‘If You’ is a message to the person I didn’t treat well because of that memory. There are lyrics that say, ‘If you, if my love was 100, if I didn’t leave half of it remaining.'” 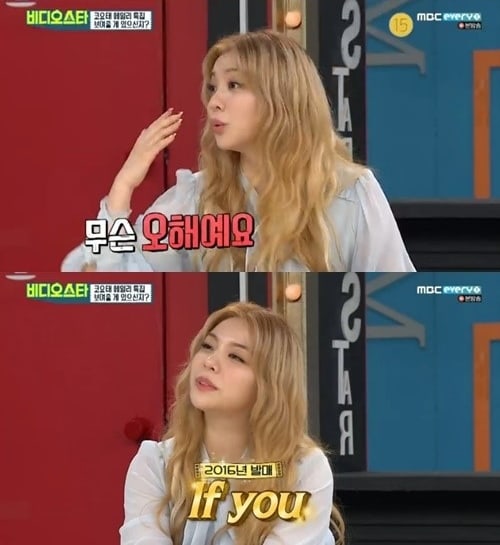 Sandara Park then asked Ailee to say something to the ex-boyfriend who cheated on her. Ailee replied with a laugh, “We’re friends now. [The relationship] ended with strong cursing at the time, but we made up and are friends.”

Ailee
Video Star
How does this article make you feel?