Yoo Jae Suk Says He Regrets How He Spent His 20s

Yoo Jae Suk shared some regrets he has about his 20s.

On the May 14 broadcast of tvN’s “You Quiz on the Block,” Yoo Jae Suk and Jo Se Ho sat down to speak to a current student at Seoul National University (SNU), the top university in the country.

Yoo Jae Suk said that there are a lot of students that dream of being accepted into SNU, and asked the student, Jeong Young Jin, how hard one needs to work to get into the school. She said, “There’s something that I’ve felt recently, and it’s that getting one or two more questions right on a test doesn’t bring you happiness.”

She explained that she studied abroad in Norway for six months and was struck by how happy everyone was there, not stressing about the little things. “[In Norway], I was doing a lot of things and I started to look further out into the future, but when I came back [to Korea], I was back to reality, and all I could think about was the next one or two years.” 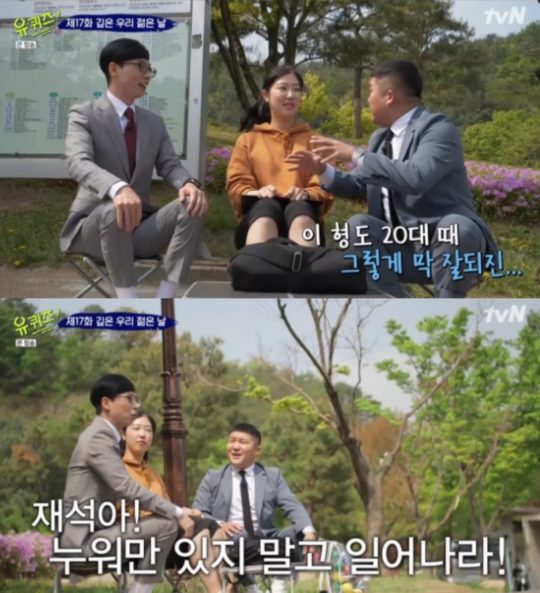 Yoo Jae Suk shared his own experience from his 20s. Jo Se Ho prompted him, telling Young Jin that Yoo Jae Suk wasn’t doing all that great in his 20s, either.

Yoo Jae Suk agreed, saying, “I was a complete mess. I always say the same thing to my 20s self. ‘Jae Suk! Don’t just lie down all day, get up!” He said, “I was genuinely just lying down for the entire day.”

“The reason I say this to myself in my 20s is that I really regret wasting those years in the way that I did. Because of that wasted time, I want to tell my old self to get up and just do something.” 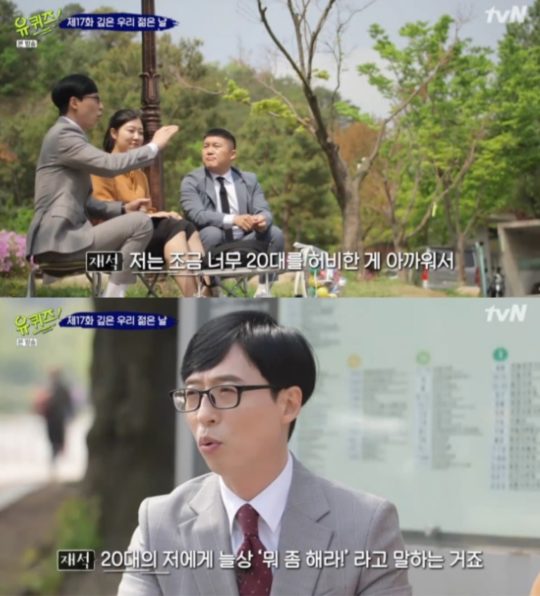 Yoo Jae Suk
You Quiz on the Block
How does this article make you feel?