Sung Hoon plays a restructuring expert named Ahn Dan Te, who teams up with Shin Yeon Hwa (played by Han Bo Reum), a development department head at a gaming company, to try and save the company from bankruptcy.

In the new stills, Ahn Dan Te exudes the charisma of a high-level executive at his company, Yooseong CRC. He has an almost machine-like mind with a whole-hearted focus on data and how it can lead him to success, and he gives little away with regards to his emotions. 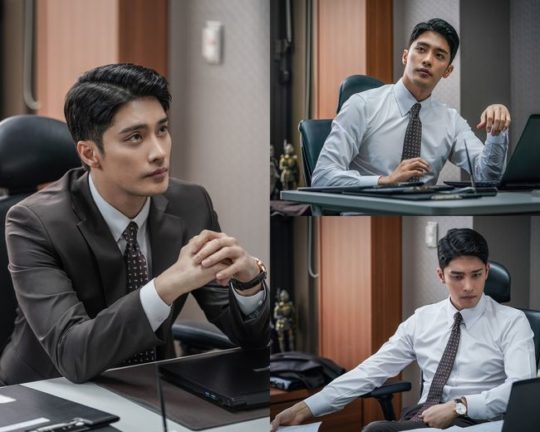 A source from the drama production said, “Sung Hoon has perfectly taken on his character Ahn Dan Te, who has lived his entire life in his own little bubble, with sharp visuals and a cold demeanor.”

Sung Hoon
Level Up
How does this article make you feel?