Ji Chang Wook shared stories from the military and talked about his future plans!

On May 15, the actor took to V Live to celebrate his recent discharge and communicate with fans.

After finishing his service on April 27, Ji Chang Wook was confirmed to star in tvN’s “Melting Me Softly,” marking a quick return to the small screen. He is also set to guest on Channel A’s “The Fishermen and the City” alongside senior actor Lee Deok Hwa.

Before that, his first event will be his fan meeting “Invitation: Late Spring, Early Night” (literal translation), to be held at the Blue Square iMarket Hall in Seoul on May 19. During his V Live broadcast, he shared some details about the preparations.

To his fans who complained that getting tickets was difficult due to the small venue, he said, “I think this is my fault. My agency suggested that I do it in a large space, but I was worried that tickets wouldn’t sell because it’s my first fan meeting in a while. So I told them that I wanted to do it in the smallest place possible. I think it’s because of me, so I’m sorry.”

While the venue is small, fans can expect a grand event. Ji Chang Wook revealed, “I personally picked the set list for the fan meeting. It’s the result of lots of contemplation as to what songs would be nice to sing for you. After thinking about it, I thought it would be good to sing together.” He shared that songs such as his track “I’ll Protect You” from the “Healer” OST and Daybreak’s “Good” would be included on the set list and encouraged fans to practice beforehand. 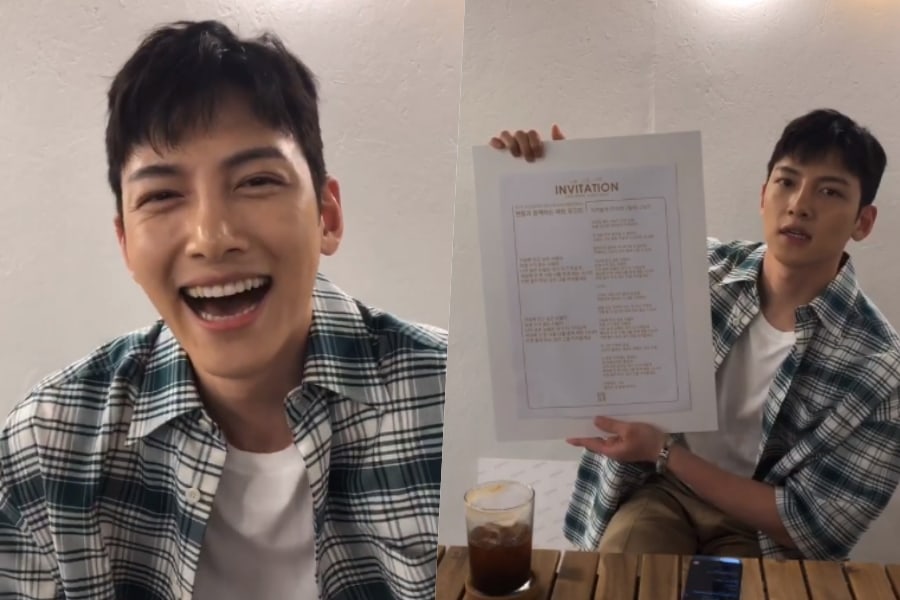 Ji Chang Wook also provided updates as to what else he has been up to since finishing his service.

He stated, “After my discharge, I met up with a lot of people and did some chores that had been pushed back. I’m working on various things and preparing for my drama. Filming will begin soon. It’s for a drama called ‘Melting Me Softly.’ It’s about frozen humans, and I think it’ll be really interesting.”

He further shared some stories from while he was in the military. “There was an instance in which we were dispatched to Cheorwon, and many things happened there. I did my first outdoor training, and for four to five days I didn’t sleep or wash up. It was difficult, but it was fun.” Some fans commented, “Thank you for protecting your face while in the military,” to which the actor replied, “I did my best, but the effects of time are inevitable. I’ll work hard to maintain my appearance and protect my face even better.”

He added, “I gained 12 kilograms while I was in the military. Because I gained that weight, I worked out a lot to lose it before I was discharged.” He also revealed a funny story involving INFINITE’s Sunggyu, who he starred with in the military musical “Shinheung Military Academy.” He recounted, “[Sunggyu] called me. I told him I was doing a V Live and he said he would ask me why I eat so much ramen and leave comments. Sunggyu teases me a lot.”

Finally, he discussed his upcoming appearance on “The Fishermen and the City.” He explained, “Lee Deok Hwa is like my father, and he has said for a long time that we should go fishing together. I also haven’t fished in awhile, so I thought I should go fishing with him after my discharge and chose [to go on the show]. I’m nervous and looking forward to it.”