2PM’s Taecyeon is back!

In the morning of May 16, Taecyeon was discharged from the military and his duties as a sergeant and active duty soldier.

The event took place in Ilsan in Gyeonggi Province, and Taecyeon said, “I couldn’t sleep that well. I was nervous. This is the first time I’m standing in front of cameras in so long that I’m not sure what I look like right now.” He also added, “I heard the trumpet this morning as our alarm, so I still can’t believe I’ve been discharged. I think it will hit me tomorrow morning when I’m woken up by an alarm that isn’t a trumpet.” 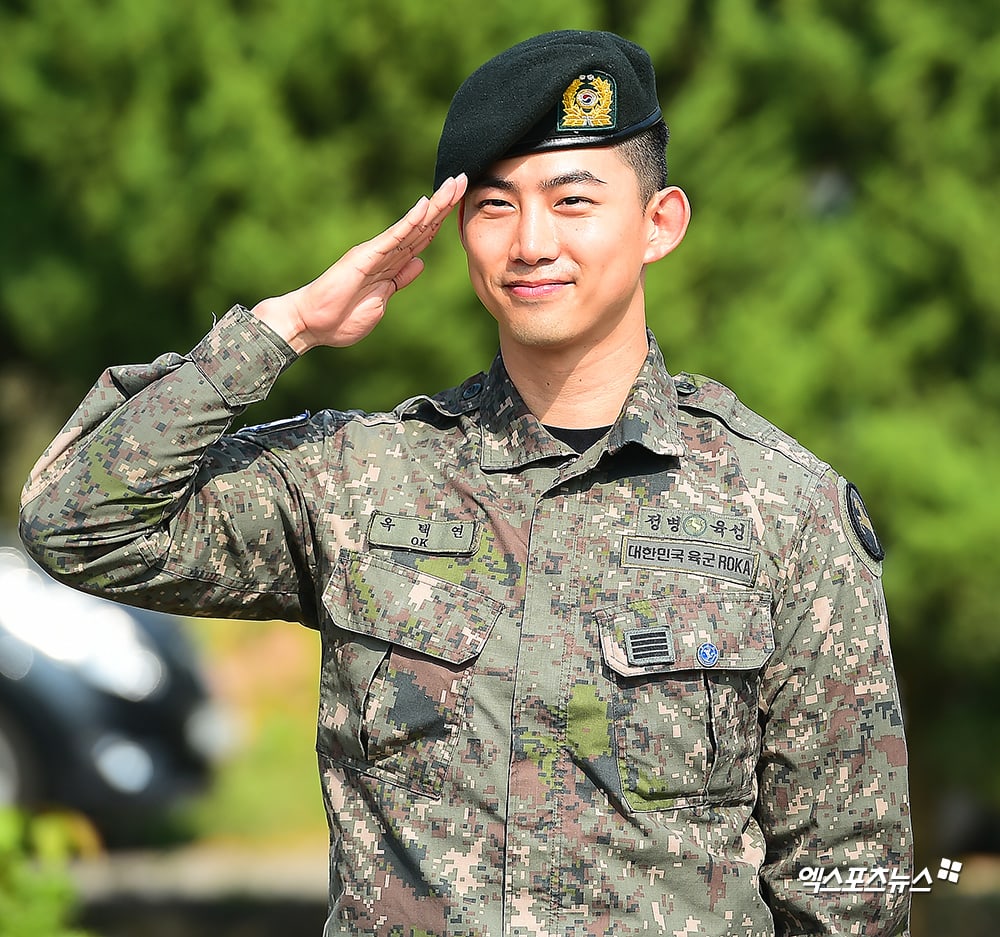 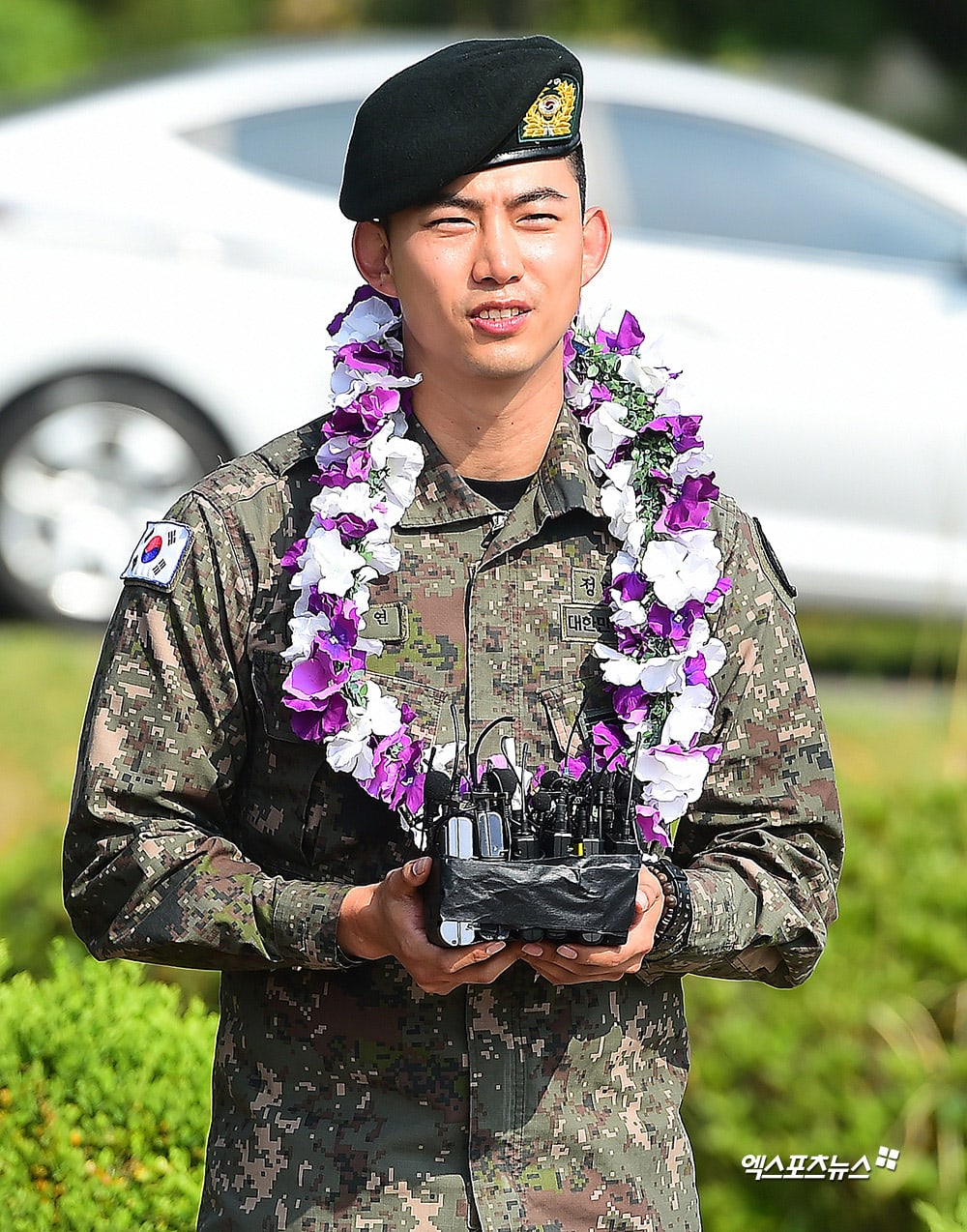 He took a moment to thank all the fans who had shown up as he said, “First, I want to thank my fans for waiting for me. I didn’t know this many people would come today. I promise to return soon with something good.”

When Taecyeon was asked what he wanted to do most, he replied, “I want to see the other 2PM members.” He added, “Two of them are currently in the army, and I really miss the other members. I hope our loving members can gather soon and show everyone something great.”

He also thanked TWICE as he chose them as the girl group he missed the most, adding, “It’s been difficult to see them because of scheduling. But they still sent me a video. I’m grateful.”

Fellow 2PM member Chansung was there to greet him, and the two exchanged big smiles and warm greetings when they saw each other. 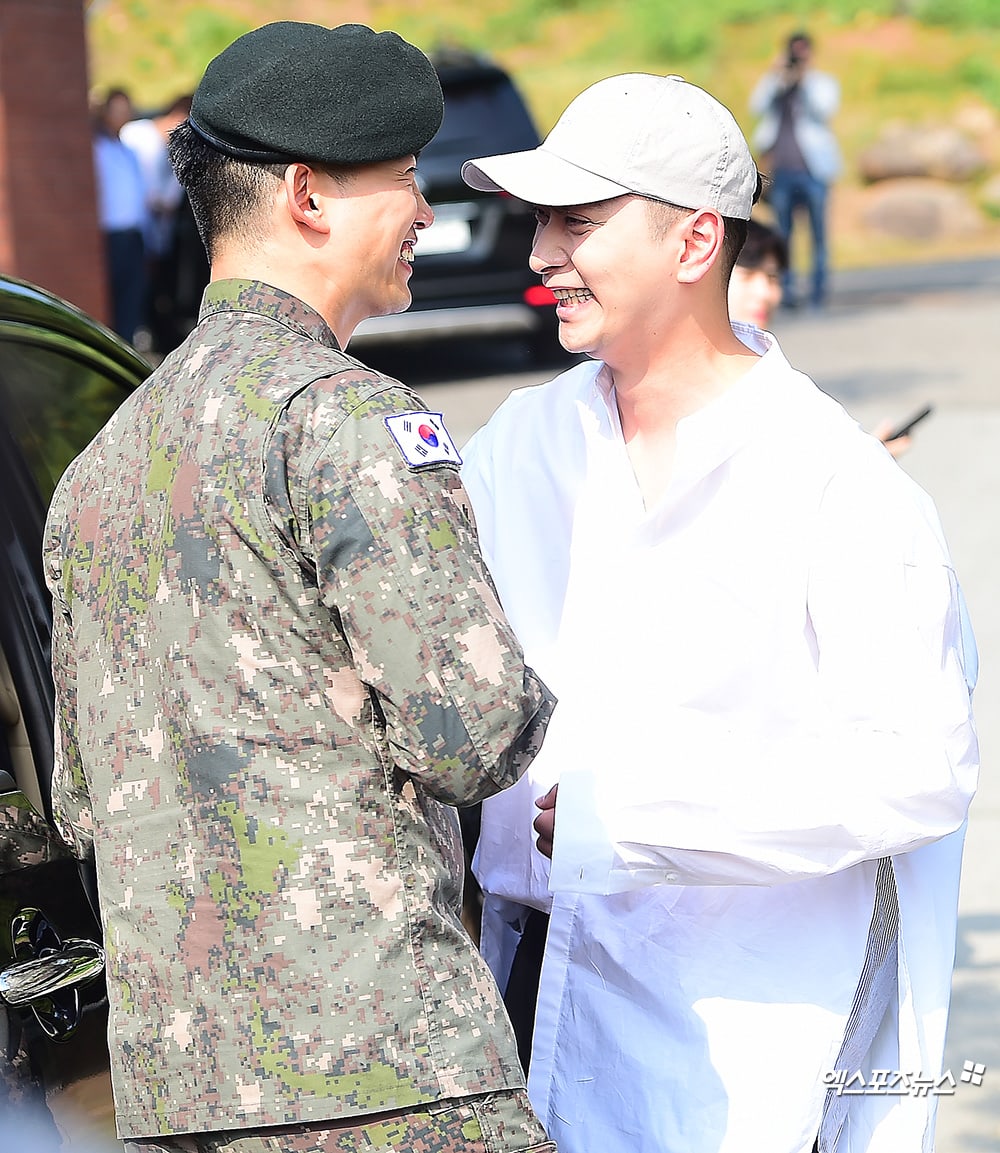 Taecyeon enlisted on September 4, 2017 and has now been discharged on May 16, 2019. He is set to pursue new activities as both a member of 2PM and as an actor. In July 2018, Taecyeon decided to part ways with JYP Entertainment and signed a contract with 51K, starting a new chapter in his life as both a singer and actor. 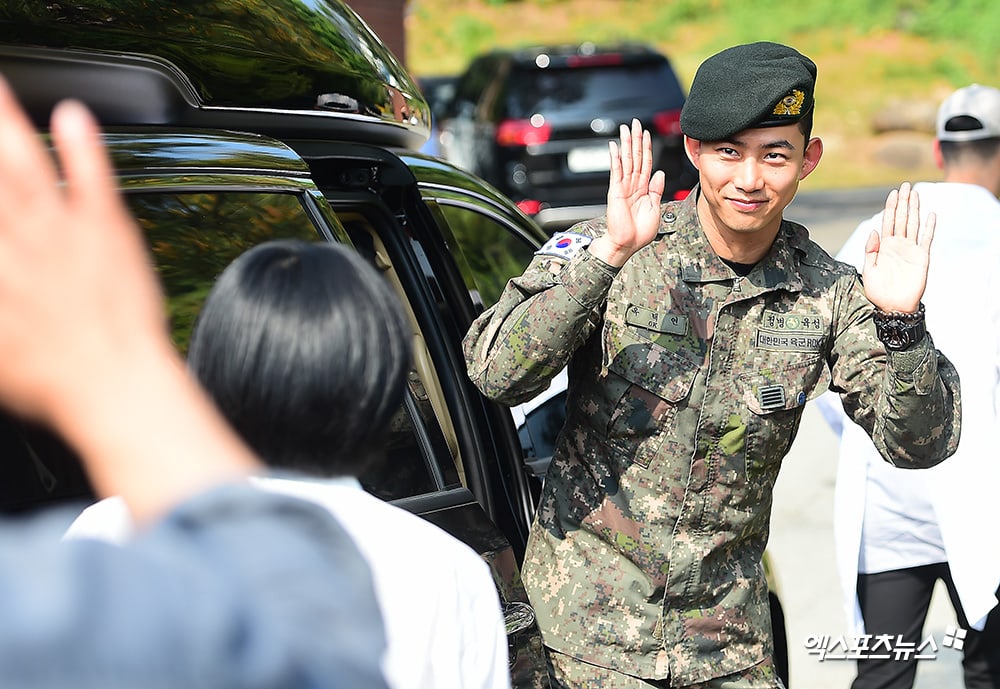 TWICE
2PM
Chansung
Taecyeon
XPN
How does this article make you feel?