On the May 18 episode, Apink starred on the idol news program with special guests who shared stories about the members.

The girl group initially guessed that it might be someone from their agency such as Huh Gak, but it turned out to be Ilhoon! Talking about their friendship, Yoon Bomi began, “I actually became close with Ilhoon after I debuted,” and Ilhoon replied, “No, we were close before that.”

Speaking about Son Naeun, he said, “I got to know her in 2009 during my third year of middle school,” but could not look her in her eyes while speaking.

He continued, “She’s someone who hides herself. There’s a maiden-like feel about her. Since she seems like a maiden from a noble family, I can’t act comfortably towards her even though we’re close.” Son Naeun then made everyone laugh by asking, “You weren’t comfortable with me?” 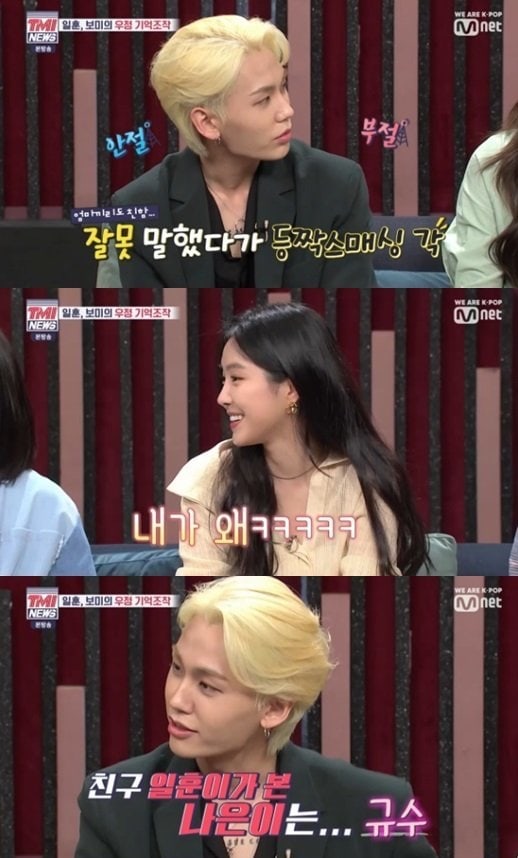