Kim Jae Hwan spoke about the strong friendship between the Wanna One members.

On the May 16 broadcast of MBC’s “Section TV,” the singer sat down for an interview.

He introduced himself as a solo artist, and describing his new concept, Kim Jae Hwan said, “I showed you a lot of boyish charms during Wanna One, and now I want to show you a more mature side.” Showing off sexy poses that he had been practicing, he added, “I’ve waited for this since Wanna One promotions.”

When asked about the support of Wanna One members, he replied, “We have a group chatroom. Yoon Ji Sung went to the military today, and we contacted each other a lot. We congratulate each other anytime anyone releases a solo album or receives an award.”

He revealed that he’s looking forward to the members’ reactions on the day of his album release.

About a variety show he wants to appear on, Kim Jae Hwan said, “It’s been about a month since I started living alone. Hello producing director of ‘I Live Alone,’ it’s Kim Jae Hwan. I’ll do a good job, so I’d be thankful if you gave me a call.” 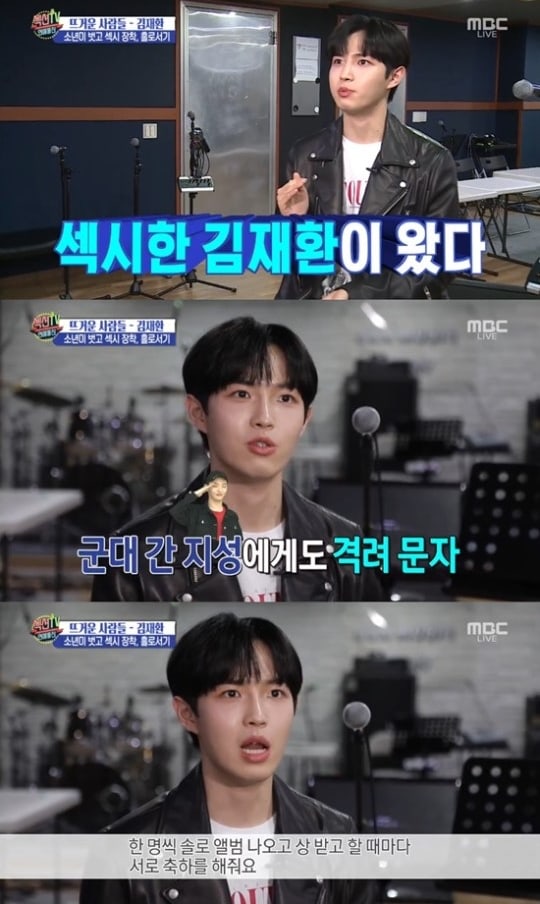 Kim Jae Hwan’s debut mini album “Another” and title track “Begin Again” will be released on May 20.

Wanna One
Section TV
Kim Jae Hwan
How does this article make you feel?