Namgoong Min has cleared up rumors regarding his recent gift to staff members of KBS’s hit drama “Doctor Prisoner.”

On the May 17 broadcast KBS 2TV’s “Entertainment Weekly,” the program visited the show’s finale party and told Namgoong Min, “We’re hearing about a really lovely announcement right now.” On May 15, it was revealed that Namgoong Min would be covering the travel expenses of his and the “Doctor Prisoner” staff members’ vacation trip to Hawaii with his own money.

Upon hearing the reporter’s words, Namgoong Min was taken aback and nervously replied, “I don’t know who wrote that article.” He then explained, “I only took 10 of my staff members. If I took all of the staff members, it would have cost at least 300 million won [approximately $250,000].” 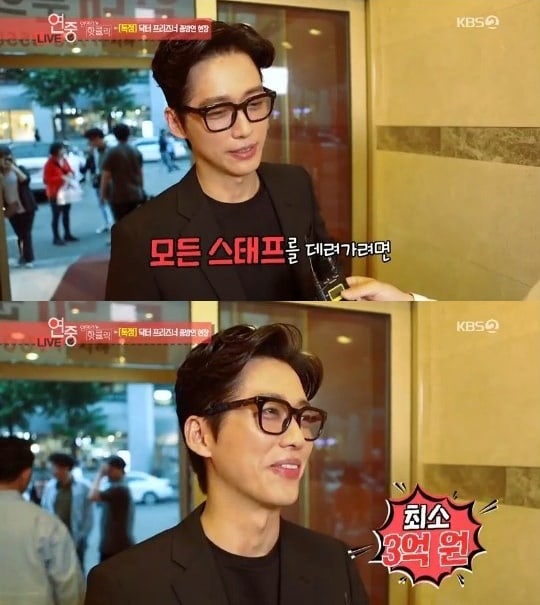 “Doctor Prisoner” aired its last episode on May 15 and held on to its No. 1 spot at the top of its time slot, with ratings as high as 15.8 percent.

If you haven’t yet, start watching “Doctor Prisoner” with English subtitles below!

Entertainment Weekly
Namgoong Min
Doctor Prisoner
How does this article make you feel?