On the May 17 episode, the actor appeared as a guest and showed viewers a day in his life.

The cast was surprised to see his mustache and beard, as well as the state of his home. “I have so much facial hair that I’ve waxed 12 times and have also gotten laser hair removal procedures,” said the actor. “Some parts have been waxed well and some parts haven’t, so it grows here and there. It looks as if I tried to do it to be funny.”

Because he lived in a semi-basement, the lighting made it difficult to tell if it was day or night. Hearing this, Jo Byeong Gyu explained that he moved to a semi-basement because he used to wake up frequently due to the sun when living in a rooftop house.

He began his day at 3 a.m. after explaining, “I can’t sleep for a long time. My bones hurt when I sleep for a while. I’m 24 years old this year.” The actor headed to Gangnam at 3 a.m. for coffee and some food. When Jo Byeong Gyu paid for the meal, he got a text message and the cast was shocked to see his remaining bank balance of 6,447 won (approximately $5.40). The actor explained that his parents managed his money and that he received a weekly allowance of 150,000 won (approximately $126).

While walking around Gangnam in the early morning, he searched for pretty alleys and had his own way of finding directions. He also immediately took photos when he saw beautiful landscapes. When he returned home, he made fried rice using ingredients like bacon and eggs. 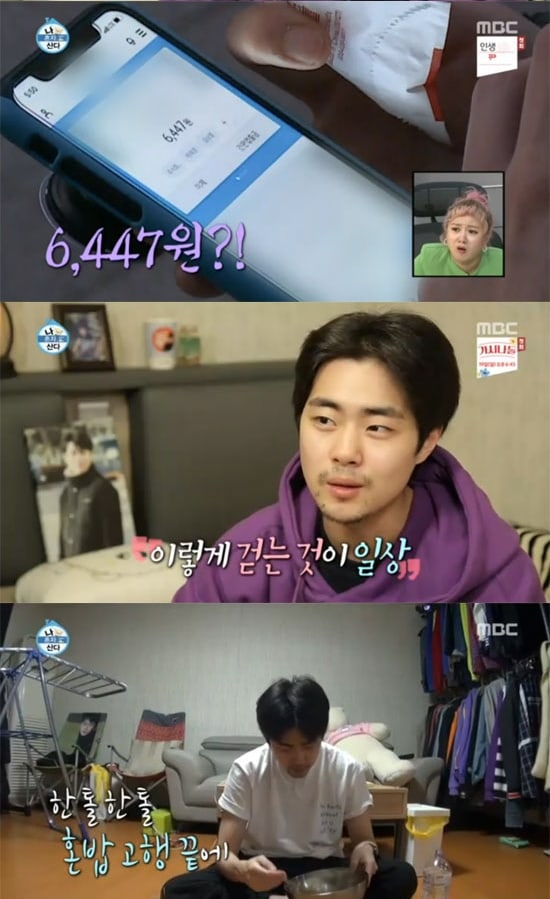 He then drank a whole bottle of water when some food got stuck in his throat and he showed a similar side to him as “I Live Alone” cast member Ki An 84. Jo Byeong Gyu had a large pile of laundry and explained that he washes clothes after wearing them once. He did laundry in 19-minute cycles and hung them all over his house because he lacked space on the drying rack.

After getting dressed in a denim-on-denim outfit, he headed to a waxing shop where they began removing the hair on his chin. His eyes began to tear up as the process began and he began wincing in pain. Watching the clip at the studio, Jo Byeong Gyu said, “I think I passed out. That’s not an exaggeration.”

He concluded the day with an interview where he chose the waxing shop as the most memorable part of his day and shared his hopes for the future. 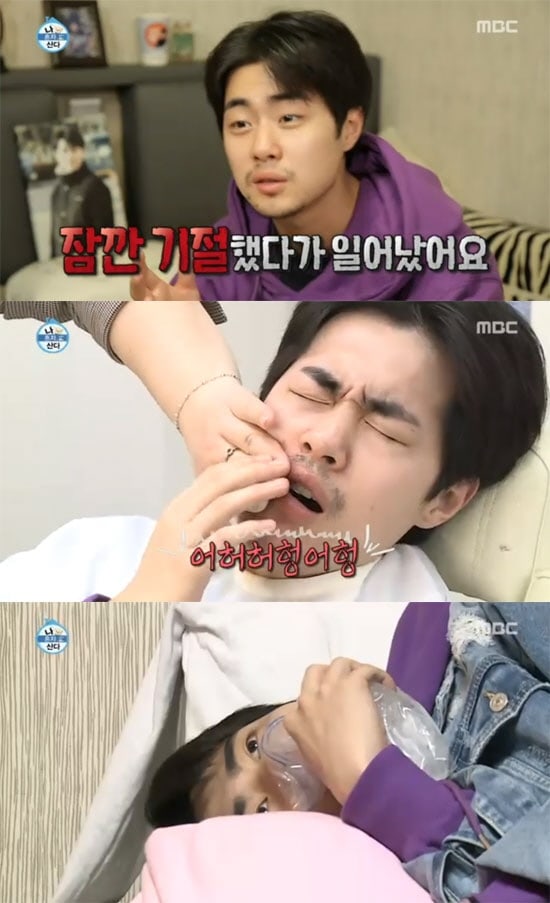 Home Alone
Jo Byeong Gyu
How does this article make you feel?