“Secret Planning Group” will help regular citizens plan a special, once in a lifetime event for a loved one. The program will be led by Kim Ah Joong, HaHa, and Yoo Se Yoon, and the three will not only be MCs for the show, but they will also help plan the special events. 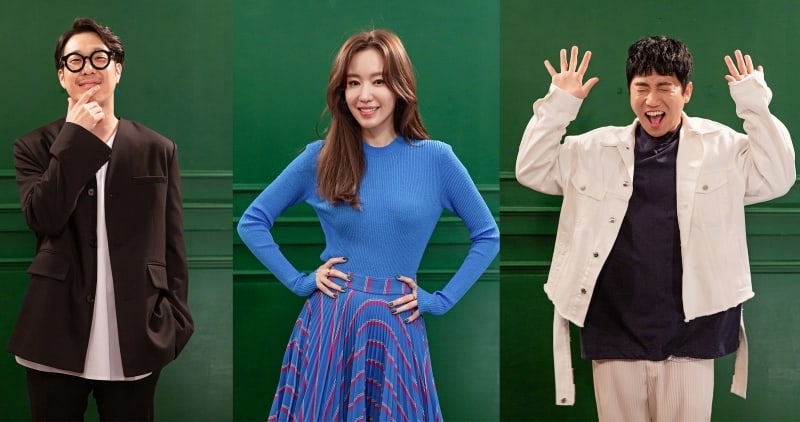 The trio will be joined by experts of various fields such as musical director Sung Jae Joon, who has worked on musicals such as “Street Life,” “Caffeine,” and “Music Box,” and music director Shin Eun Kyung, who worked on musicals “Rimbaud” and “King Arthur.” Each event that is planned with a sight to see, bringing unexpected surprises and dramatic reveals.

The production staff stated, “There will be flashmobs, where hundreds of people usually dance and sing for a single person, and various events that look like they came straight out of a movie or musical, so please anticipate it.”

“Secret Planning Group” is set to begin airing in July.

Kim Ah Joong will be hosting a new variety program!

On May 18, it was reported that Kim Ah Joong was cast as the MC for JTBC’s upcoming variety show “Secret Planning Group” (tentative title) along with HaHa and Yoo Se Yoon.

Her agency King Entertainment confirmed the news, stating, “Kim Ah Joong will appear as an MC on ‘Secret Planning Group.’ Since this is her first time as an MC in a while, she’s getting ready to do an even better job. We hope that this will be a special present for fans who missed Kim Ah Joong’s appearance in variety shows.”

Staff from the program added, “Kim Ah Joong accepted the MC offer after thinking over it several times. We’re grateful she came to this difficult decision and are happy that we can work together. We think that Kim Ah Joong’s bright personality will give a positive energy to the program.”

This will be the actress’s first time hosting a variety show in 13 years after KBS 2TV’s “Happy Together Friends.” In 2005, she was an MC alongside Yoo Jae Suk and Tak Jae Hoon during the show’s second season. Since then, she has also hosted various award shows.

The exact format of the show hasn’t been revealed except that it will feature non-celebrities. The broadcast date is also currently being discussed. Stay tuned for more information about the show!