On the latest episode of KBS 2TV’s “Battle Trip,” The Boyz’s Ju Haknyeon surprised the hosts and guests while talking about his family’s pig farm on Jeju Island!

Ju Haknyeon appeared as a special MC on the May 18 broadcast of the travel variety show, which also featured Norazo and TWICE’s Dahyun, Chaeyoung, and Tzuyu as guests. During the episode, host Lee Hwi Jae pointed out, “Today is the second installment of our ‘Islands’ special, and Ju Haknyeon is originally from Jeju Island. He was born and raised there.”

Ju Haknyeon confirmed, “I grew up on Jeju Island, and I spent my childhood there. My family runs a pig farm [on the island].”

Because Jeju Island is famous for its “black pork” (which comes from a breed of pig specifically native to the island), the hosts and guests all responded with interest. Kim Sook commented, “Those pig farms are rare,” and Sung Si Kyung asked, “How many pigs are there [on the farm]?”

Ju Haknyeon replied thoughtfully, “There aren’t that many.” After running some calculations in his head, he continued, “About 3,000?”

Everyone reacted with shock, with multiple people echoing in disbelief, “3,000?” When they turned to Ju Haknyeon for confirmation, the idol nodded with an awkward laugh, and Dahyun asked, “Isn’t 3,000 a lot?”

Lee Hwi Jae then made everyone crack up by suddenly embracing Ju Haknyeon and declaring, “Let’s become close friends.” 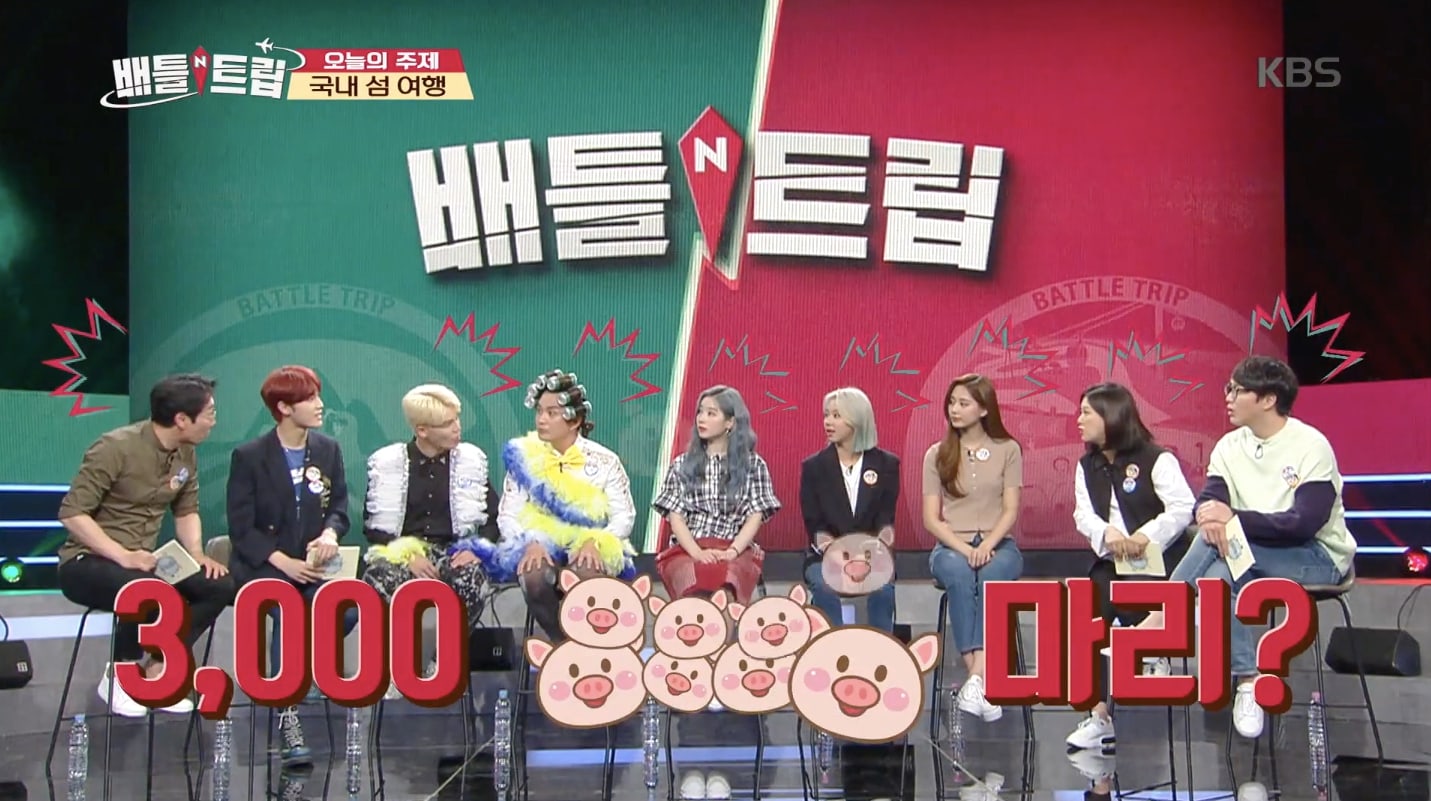 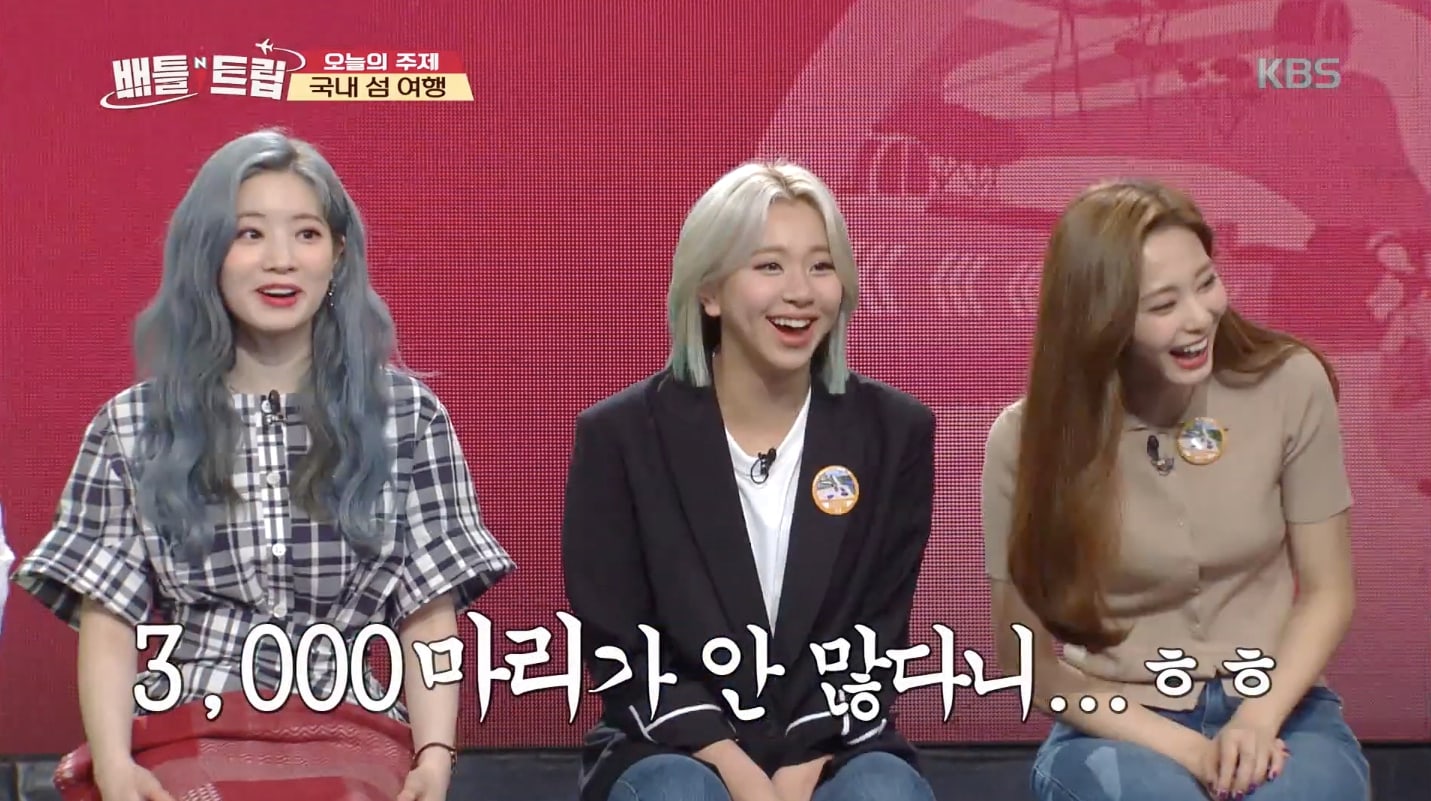 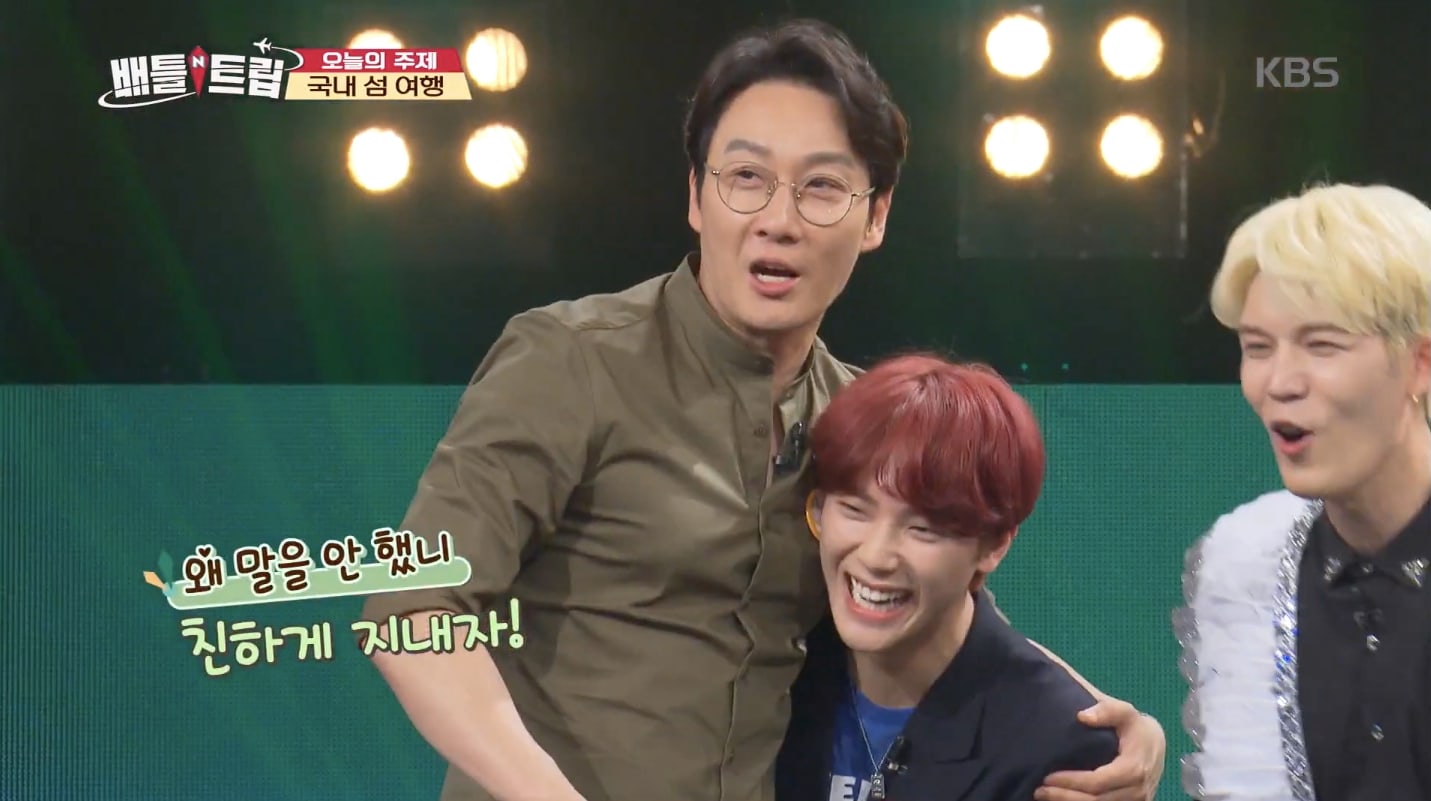 Lee Hwi Jae went on to note, “Then you must have gotten tired of eating pork all the time.” The idol replied, “Yes, to be honest, I prefer beef. Because whenever I open the fridge at home, it’s completely filled with pork.”

Watch the full episode of “Battle Trip” below!

The Boyz
Battle Trip
Ju Haknyeon
How does this article make you feel?