In newly released stills, the pair is seen diligently looking over the script and discussing how to act in a certain scene. They are constantly beside each other and display their friendship and chemistry both on and off camera, which brings a smile to everyone’s faces.

A producer for the drama stated, “Park Bo Young and Ahn Hyo Seop are like vitamins with the bright and pleasant energy they bring to the set. We look forward to seeing how much stronger the ‘Marble Couple’ will become.” 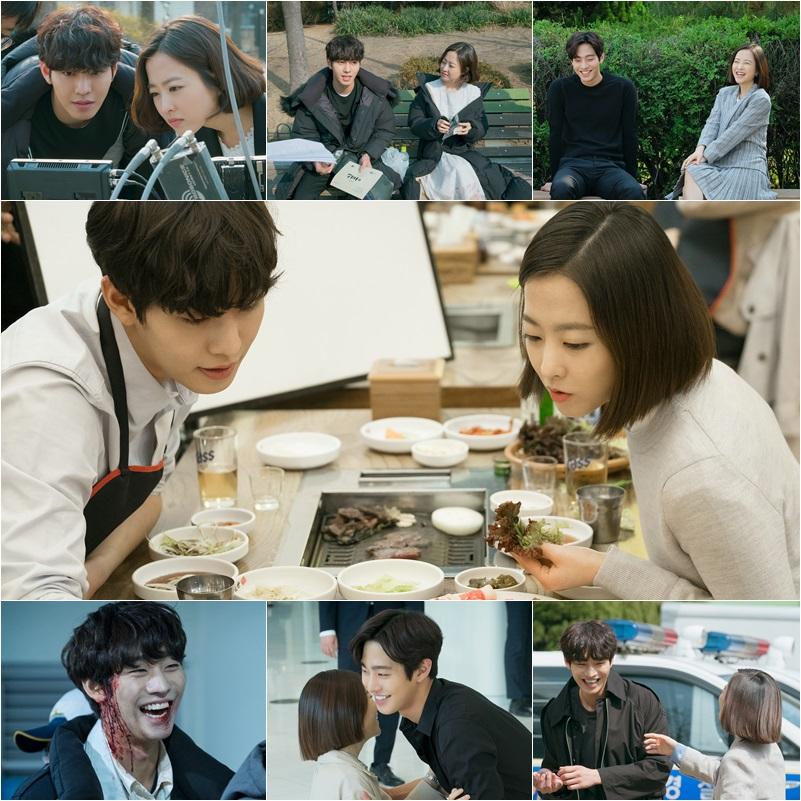 In a shocking development in the fourth episode, Ahn Hyo Seop’s character was murdered. As a result, Oh Young Cheol (played by Lee Sung Jae), the serial killer and second person to be resurrected, became the new owner of the reincarnation marble. Viewers are exploding with curiosity at whether he can make Ahn Hyo Seop and Park Bo Young’s characters reincarnate again and what he will do going forward.