Park Bo Young will bring out her secret weapon in the hopes of saving Ahn Hyo Seop on “Abyss”!

The previous episode of the tvN drama ended with the shocking murder of Cha Min (played by Ahn Hyo Seop) and the cliffhanger of the second resurrectee Oh Young Chul (played by Lee Sung Jae) getting ahold of the reincarnation marble. Viewers are currently waiting to find out whether Go Se Yeon (played by Park Bo Young) will be able to bring Cha Min back to life.

On May 19, “Abyss” released new stills of Park Bo Young looking more desperate and determined than ever to revive Ahn Hyo Seop. She has an earnest look in her eyes as she pleads with someone with her hands gathered together, and she also protects Ahn Hyo Seop’s body by spreading her arms wide. The mysterious tension between Park Bo Young and Lee Si Eon also adds to viewers’ curiosity as to what will happen next. 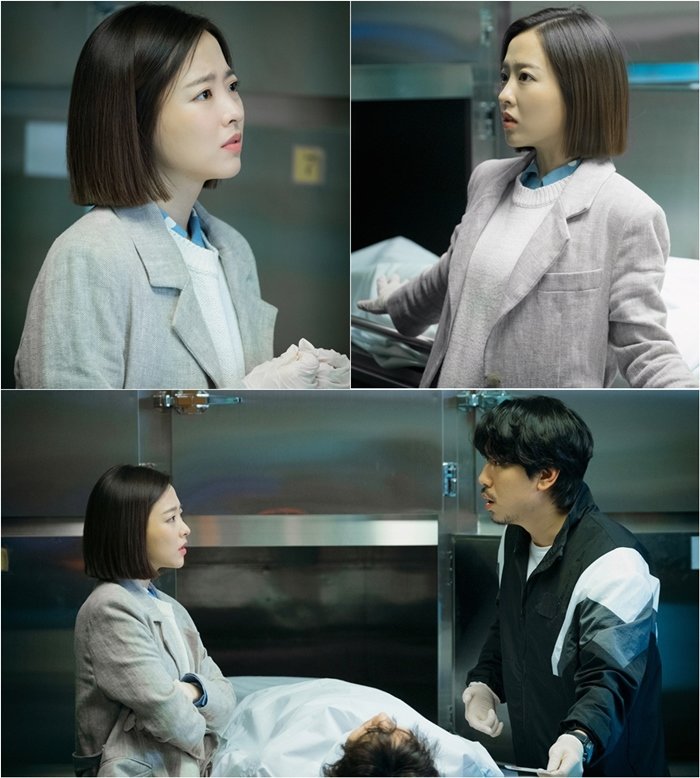 According to the drama’s staff, Park Bo Young immediately immersed herself in her role and made the entire set go quiet with her emotional acting as soon as she saw the director’s cue. She also showed respect towards her co-star by thoughtfully matching his gaze and movements.

The producers of “Abyss” commented, “Park Bo Young has started her fight to save Ahn Hyo Seop. Viewers can expect further tension and conflict in her upcoming scenes with Lee Sung Jae. Please look forward to Park Bo Young’s activity in the next episode.”