GOT7 Votes To Name Leader For “Eclipse” Promotions

GOT7 held an election for a new group leader!

On the May 21 broadcast of JTBC’s “Idol Room,” GOT7 appeared as guests to promote their latest mini album “Spinning Top.”

During the show, BamBam revealed that it’s his wish to become GOT7’s leader. MC Jung Hyung Don and Defconn then told the GOT7 members to air their complaints against the group’s current leader JB.

Yugyeom began, “Shortly after we debuted, we were eating a meal at the salon. Our preferences are different. I only eat one dish on the menu, and he said, ‘Give me just one bite.'”

The other members chimed in with stories about JB’s ambitions, and “Idol Room” prepared an election for GOT7’s temporary leader for the duration of their title track “ECLIPSE” promotions. 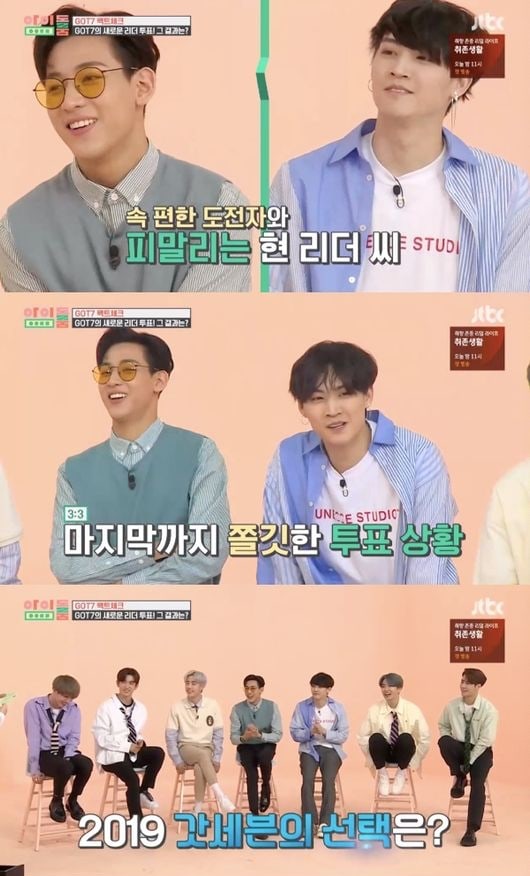 Competing against BamBam to defend his current leadership position, JB said, “If I were leader again, I’d use my own money to increase the quality of our food. I’ll invest 25,000 won (approximately $21) per person.” Hearing this, the GOT7 members commented, “Then let’s just let JB be the leader.”

BamBam, however, had stronger campaign promises. He stated, “I’ll deposit the money if you tell me what you want to eat. If you ordered food and didn’t bring your credit card, call me and I’ll deposit money right away.”

The members’ votes were revealed, and JB and BamBam were tied with three votes each. The final vote went to JB and he succeeded at being named leader again.

“Once a leader, always a leader,” said JB. “Thank you for trusting me. I’ll work hard.” 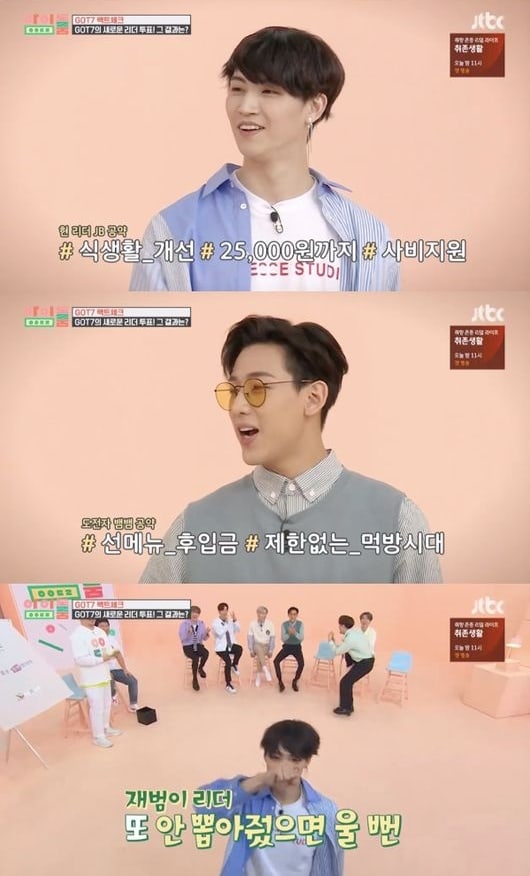 GOT7
Idol Room
How does this article make you feel?