On May 21, the girl group appeared as guests and filled the airwaves with stories about their latest mini album “We.”

DJ Kim Shin Young said that she liked “Midnight” the most and also chose “The Vibe” as the song with the best lyrics. EXID explained, “From our b-side tracks, ‘Midnight’ is a track made by TREI’s Changhyun.”

EXID then performed their title track “ME & YOU” in the studio where they showcased their powerful vocals and fun choreography. 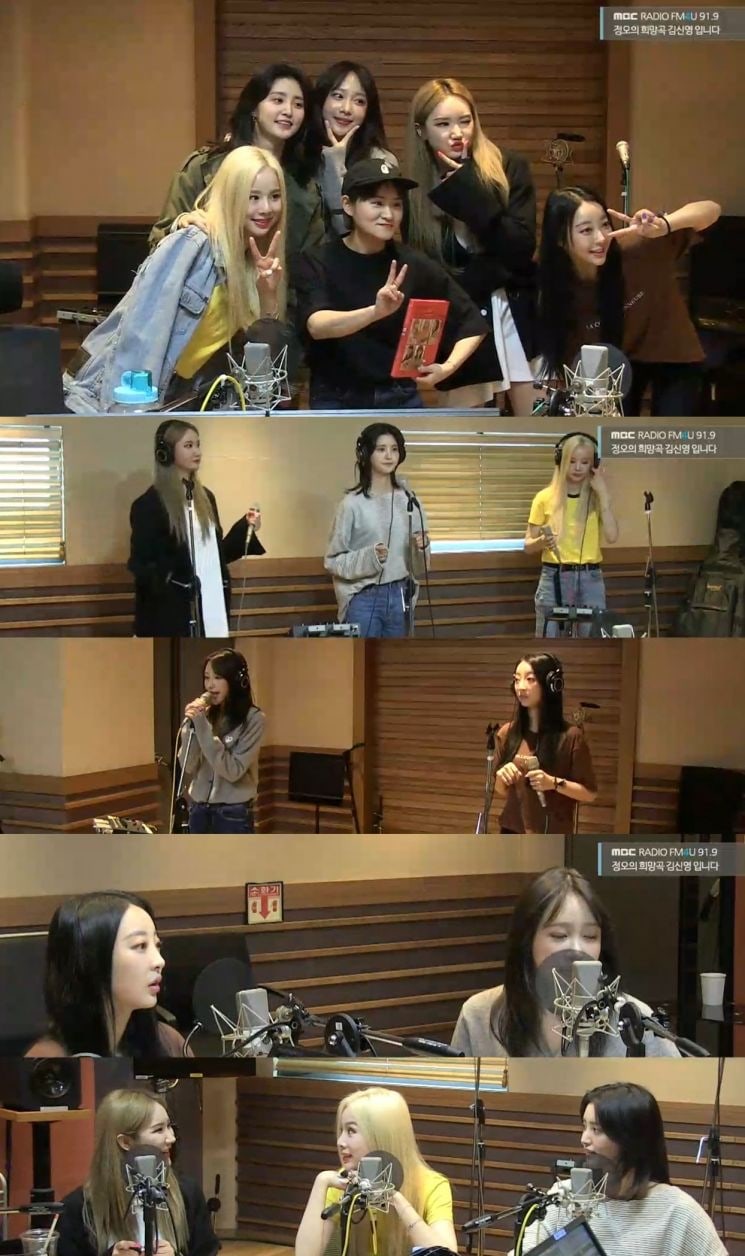 During the speed question segment, LE chose SUMIN as the artist she wants to collaborate with. “She’s an underground R&B vocalist who’s rising [in popularity] and is working with Primary,” explained the rapper.

Jeonghwa picked Hyelin as someone whom she can’t figure out even after years of knowing her. She commented, “These days, Hyelin has been showing new sides of her. It’s interesting to see new sides of her that I wasn’t able to see when we lived in the dorm.”

LE named Hyelin as the member who doesn’t listen. Solji agreed, saying, “Hyelin is so bright that she can’t be controlled when we’re filming videos.” Hyelin added, “Solji is rising these days.”

Hyelin then chose the word “we” while talking about the thought process behind creating new YouTube content. “It’s the most fun when we’re together,” said the EXID member. “I thought that it’d be nice if we shot footage from our points of view. I recently began quietly filming the members.”

Hani was disappointed when Jeonghwa picked Solji as the member she would date if she were a man. “We always hope to be chosen when this kind of question comes up,” said Hani. Jeonghwa explained, “I don’t know when it changed in my head, but Solji was the first person that I thought of. She’s full of love and takes good care of people. She also has a lot of cuteness and has a domestic side to her.”

EXID performed their last title track “I Love You” and showcased their friendship by looking at each other, smiling, and dancing throughout the song.

The group concluded, “Thank you for being with EXID today and please love the five of us.” DJ Kim Shin Young added, “I hope there will be an EXID fan meeting. I’ll be the MC when you do.”

EXID
Kim Shin Young's Hope Song at Noon
How does this article make you feel?