Actress Hwang Bo Ra talked about her long-term boyfriend Cha Hyun Woo and her close relationship with his family!

On the May 21 episode of “Video Star,” Hwang Bo Ra appeared as a guest and was asked about her seven-year relationship with Cha Hyun Woo. Cha Hyun Woo is the younger brother of Ha Jung Woo and the son of Kim Yong Gun.

“We’ve been dating for seven years, but I still get the feeling that I’m loved,” she said. She also surprised everyone when she said, “I’ve never hand washed clothes. My boyfriend always does it for me.”

Kim Sook mentioned that she’d heard that Cha Hyun Woo’s father Kim Yong Gun had given Hwang Bo Ra clothes as a gift. “He likes clothes, so when he goes on trips, he’ll buy me a present even if he doesn’t buy one for my boyfriend,” Hwang Bo Ra said. “He always makes sure to get me birthday presents. This time, he got me a coat by a brand that I really like.”

She also shared that she takes part in all the family’s events, and even their ancestral rites. 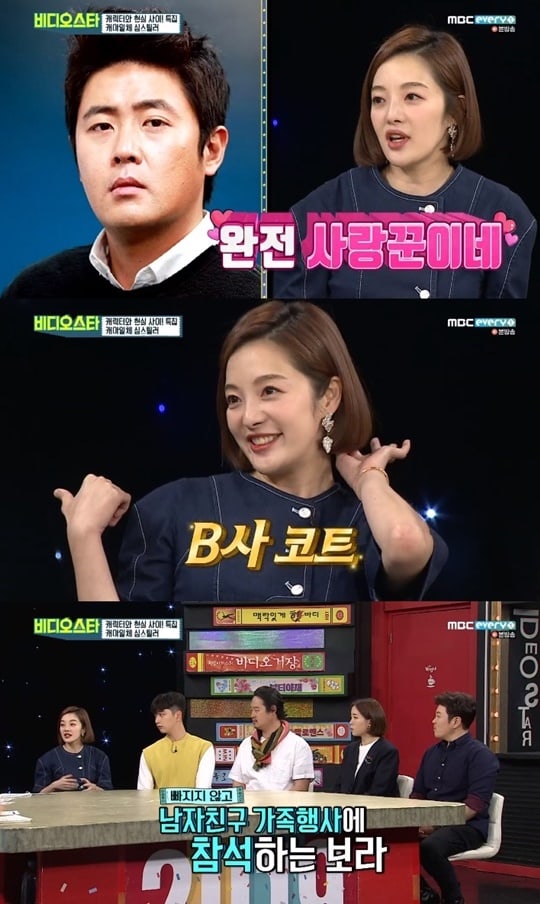 When asked why they aren’t yet married, Hwang Bo Ra said, “Cha Hyun Woo hasn’t been producing films for long. He wants to work hard and get married with his own means.”

Hwang Bo Ra also talked about her dream proposal. “I think he definitely needs to give me a ring,” she said. “I think he needs to get on one knee, and I want to be proposed to somewhere special where there are a lot of people.” She also joked that she’s hoping for music, dancing, and even a dress code.

She also talked about her friendship with Cha Hyun Woo’s older brother Ha Jung Woo. “When I receive an offer for a project, I talk about it with Ha Jung Woo and ask for his advice.” She also described them as “allies” and said that they share secrets.

Hwang Bo Ra said, “We share fun things with each other or have a drink together, and we don’t tell my boyfriend, since he doesn’t like over drinking.” She made everyone laugh when she said, “He’s going to find out about this for the first time when he watches this show.”