On May 22, a video of singer Lee Hyun bringing snacks to his Big Hit Entertainment labelmates BTS and TXT was uploaded to the agency’s official YouTube channel.

In the clip, Lee Hyun entered the Sangam MBC building carrying bags full of soft pretzels to share with his juniors. On this day, BTS and TXT had performed at MBC’s “Music Core.” 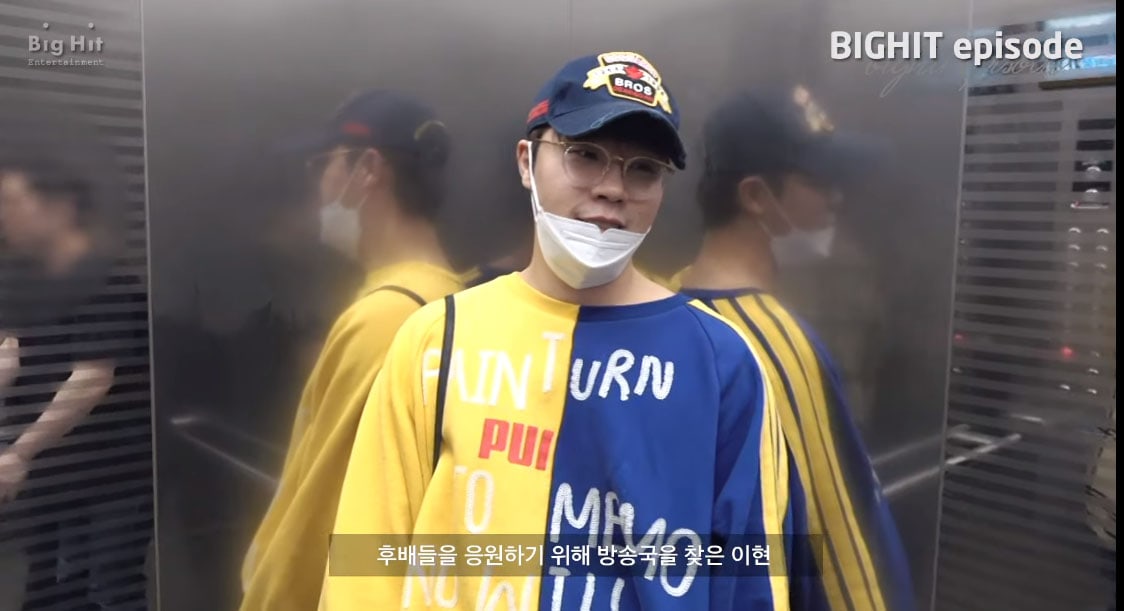 After Lee Hyun entered BTS’s waiting room, the members gathered around him to try out the treats. When the TXT members finally entered the waiting room, J-Hope asked, “Who’s the best at eating?” Soobin shyly replied, “Me and Yeonjun.” V also handed different pretzels to his juniors, insisting that they tried other varieties too. 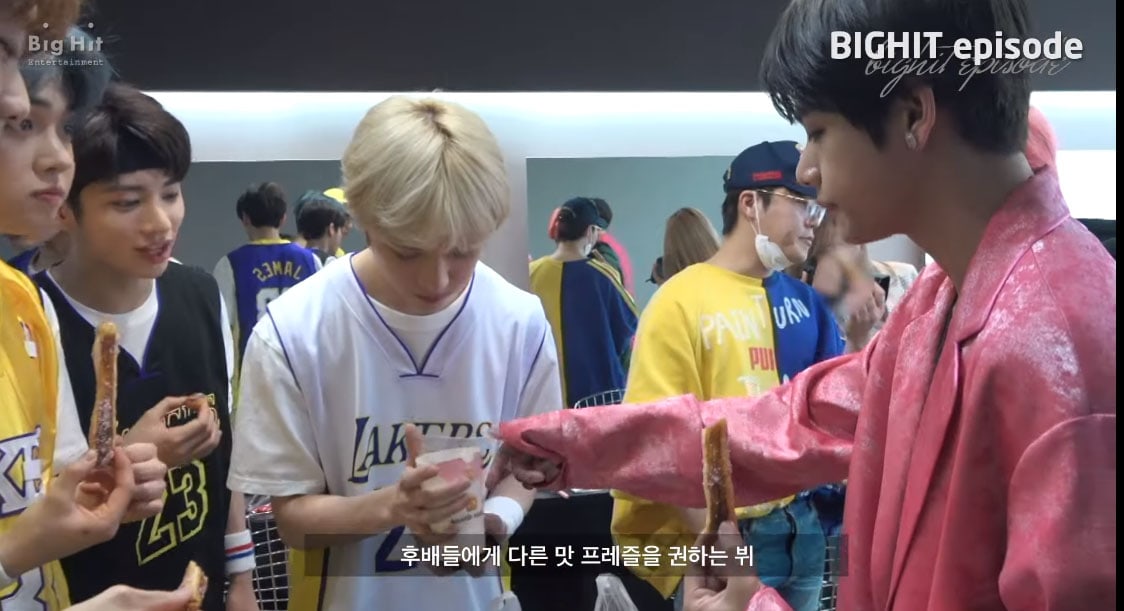 Lee Hyun then mentioned how BTS and TXT had stood together on stage during the show’s encore stage. Beomgyu revealed that although he and Taehyun had choreographed a special dance, they had been too nervous to perform it once they were actually on stage.

As the BTS members asked their juniors about their hometowns, it was revealed that Beomgyu and Suga came from the same neighborhood in Daegu. In response, Suga gave the thumbs up sign to express his approval. 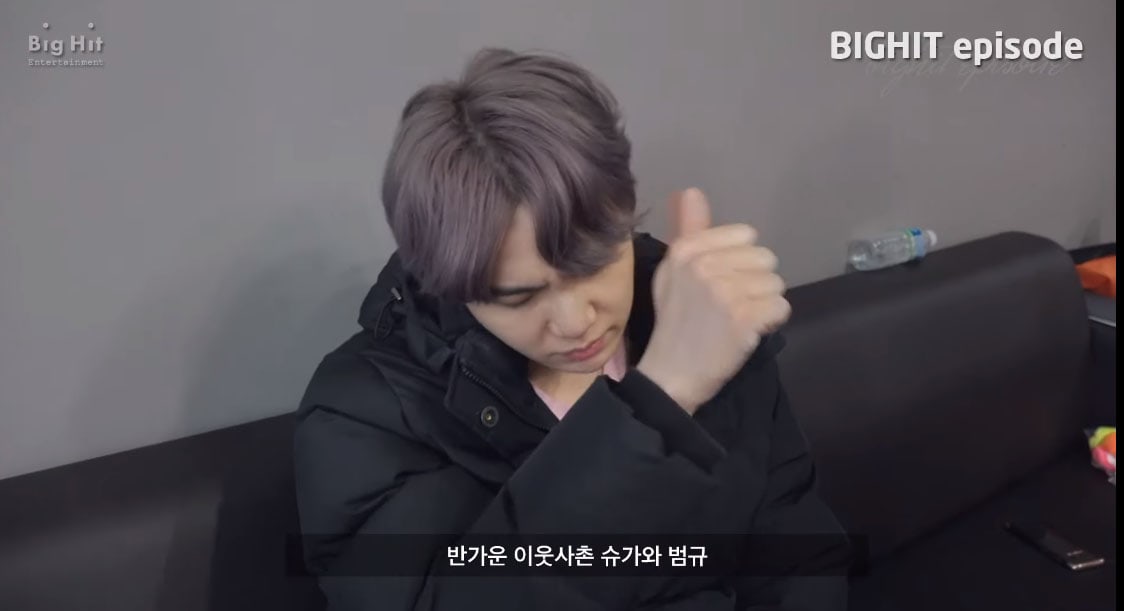 RM also asked, “Isn’t this the first time that all three artists have gathered together?”

The Big Hit Entertainment artists then gathered around Jimin, who was sleeping on the couch, to commemorate their meeting with a sweet photo. 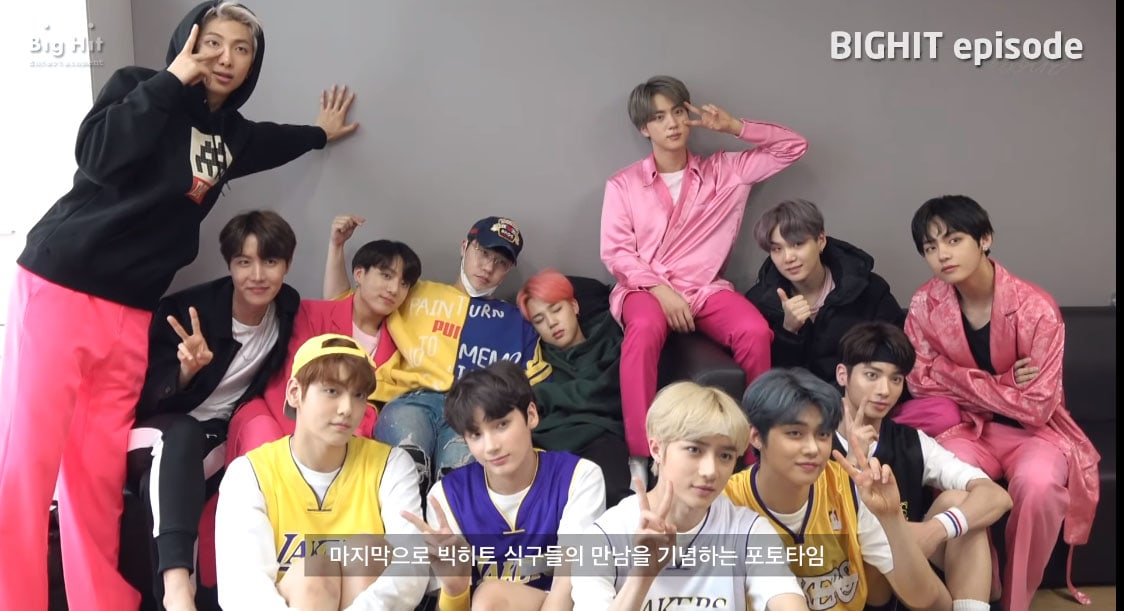 While going back to their own waiting rooms, the TXT members commented, “It was a great time!”