Gaon Chart has revealed its chart rankings for the week of May 12 to 18!

WINNER, who made their highly-anticipated comeback last week, managed to top two separate charts and earn a double crown: the group took No. 1 on this week’s album chart with their new mini album “WE,” as well as No. 1 on the digital download chart with their latest title track “Ah Yeah.”

JANNABI also enjoyed a strong week on the charts, topping both the overall digital chart and the streaming chart with “For Lovers Who Hesitate,” while BTS continued to dominate the social chart for the third consecutive week with their hit song “Boy With Luv” (featuring Halsey).

Check out the top five for each of Gaon’s weekly charts below! 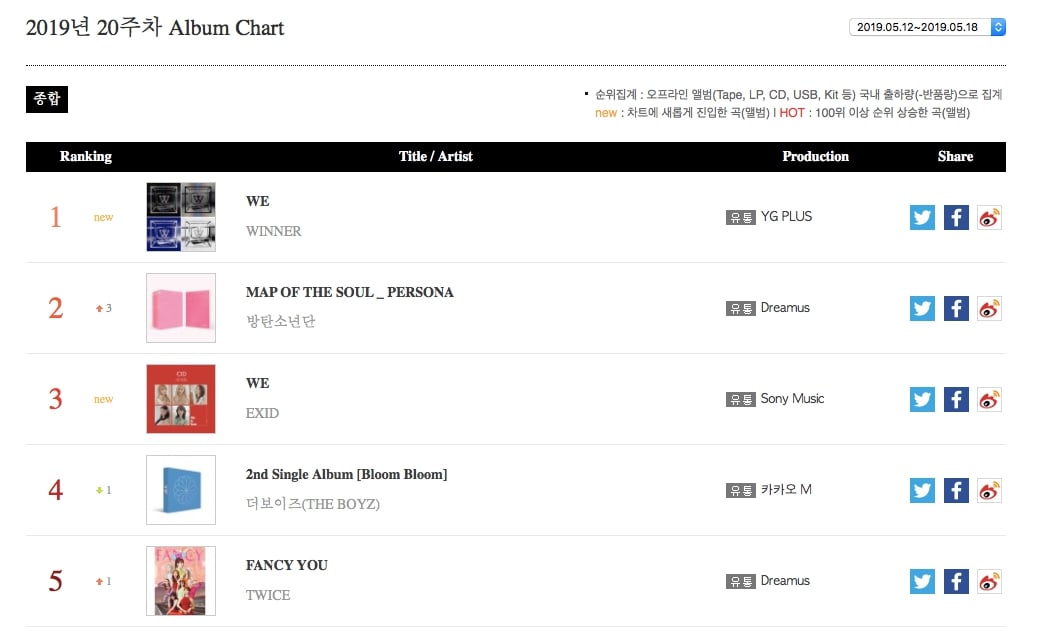 The top five songs for this week were exactly the same on the overall digital chart and the streaming chart. JANNABI’s “For Lovers Who Hesitate” took No. 1 on both charts, trailed by BTS’s “Boy With Luv” at No. 2, Park Hyo Shin’s “Goodbye” at No. 3, Lim Jae Hyun’s “If There Was Practice in Love” at No. 4, and TWICE’s “Fancy” at No. 5. 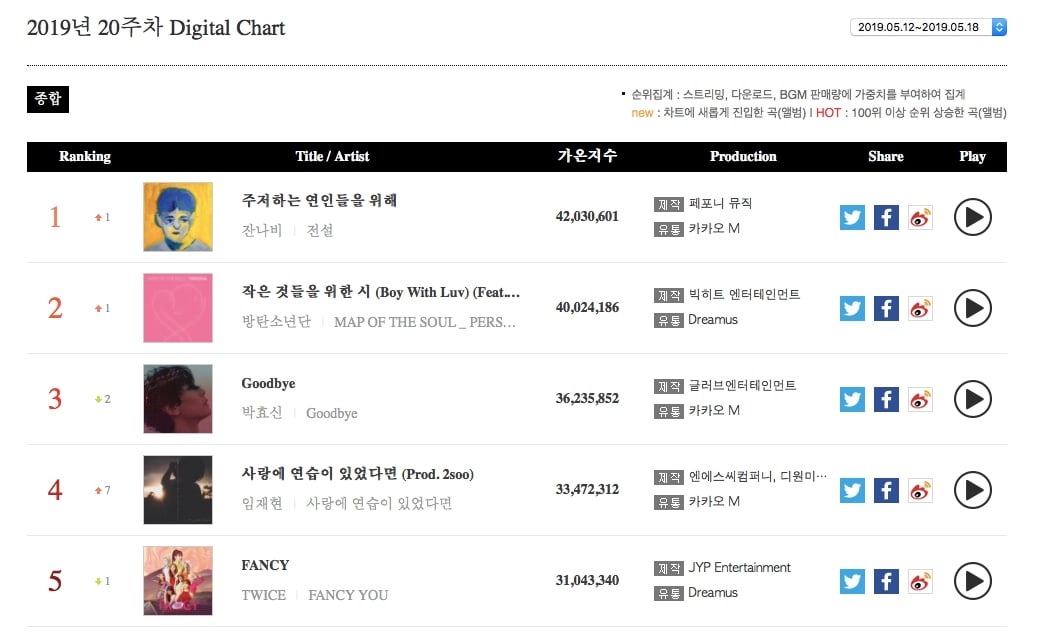 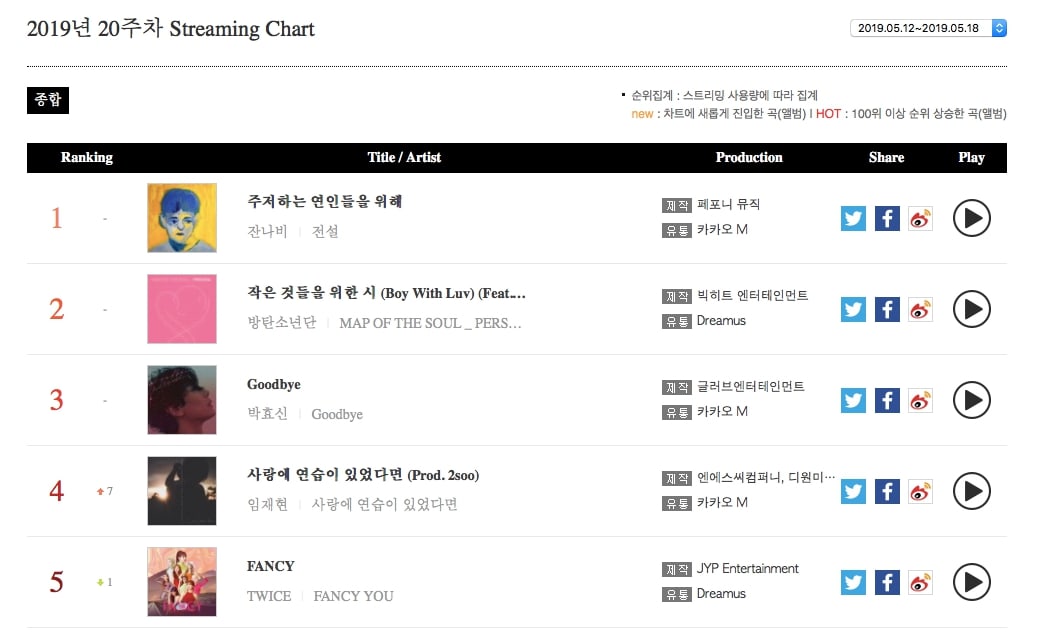 WINNER’s latest hit “Ah Yeah” debuted at No. 1 on the digital download chart, with NU’EST’s “BET BET” rising to No. 2 and Park Hyo Shin’s “Goodbye” staying strong at No. 3. Meanwhile, JANNABI’s “For Lovers Who Hesitate” and BTS’s “Boy With Luv” maintained their positions at No. 4 and No. 5 on the chart respectively. 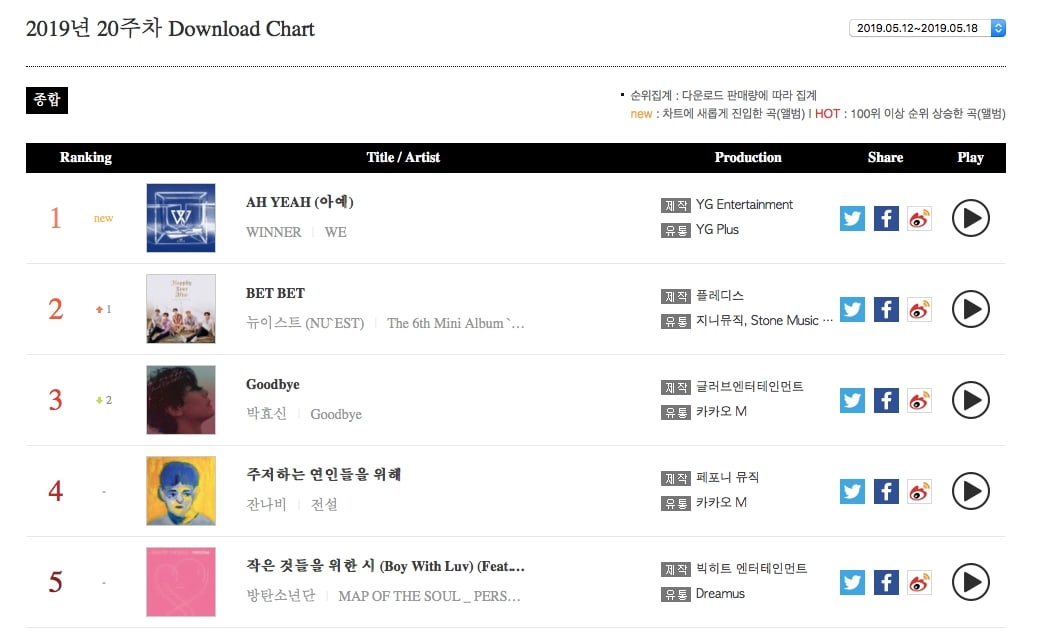 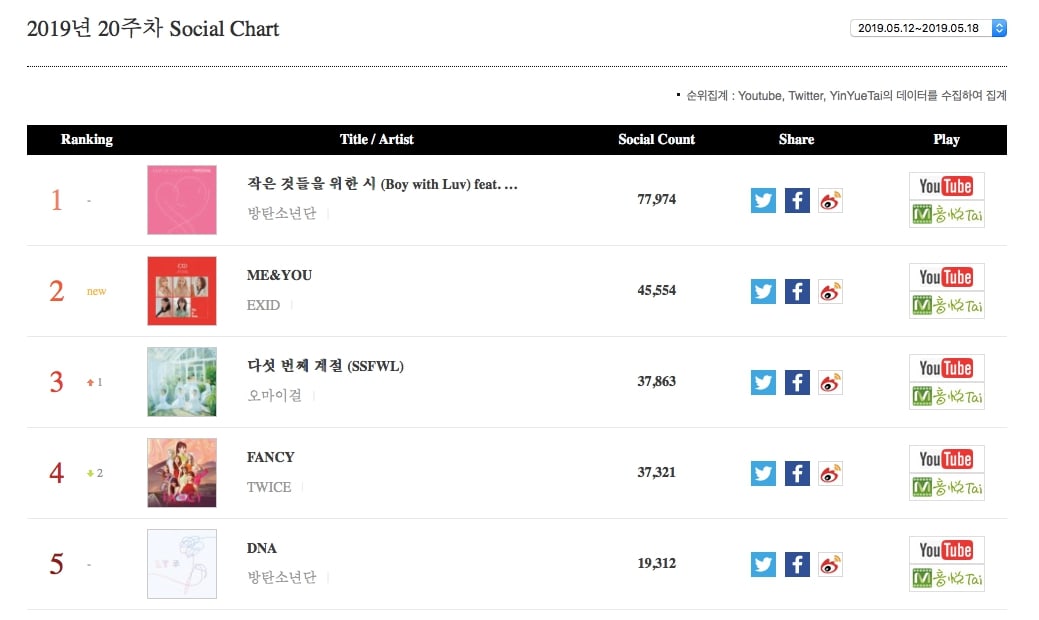