In the first two episodes, Yoo Ji Ho and Lee Jung In met as a pharmacist and a customer who forgot her wallet. Due to this somewhat ridiculous situation, they left an unexpected impression on one another. Since then, they were able to meet by chance at the gym, and viewers were excited to see the moment when Yoo Ji Ho and Lee Jung In were unable to take their eyes off each other. 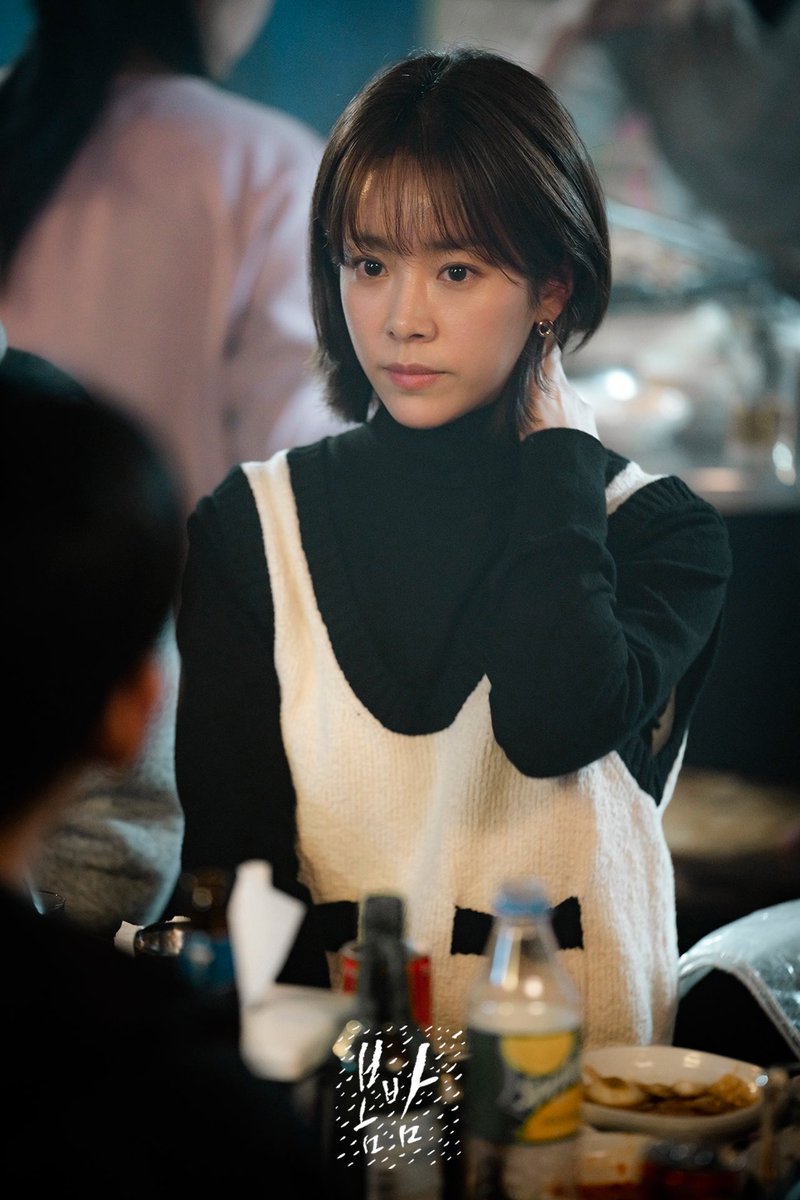 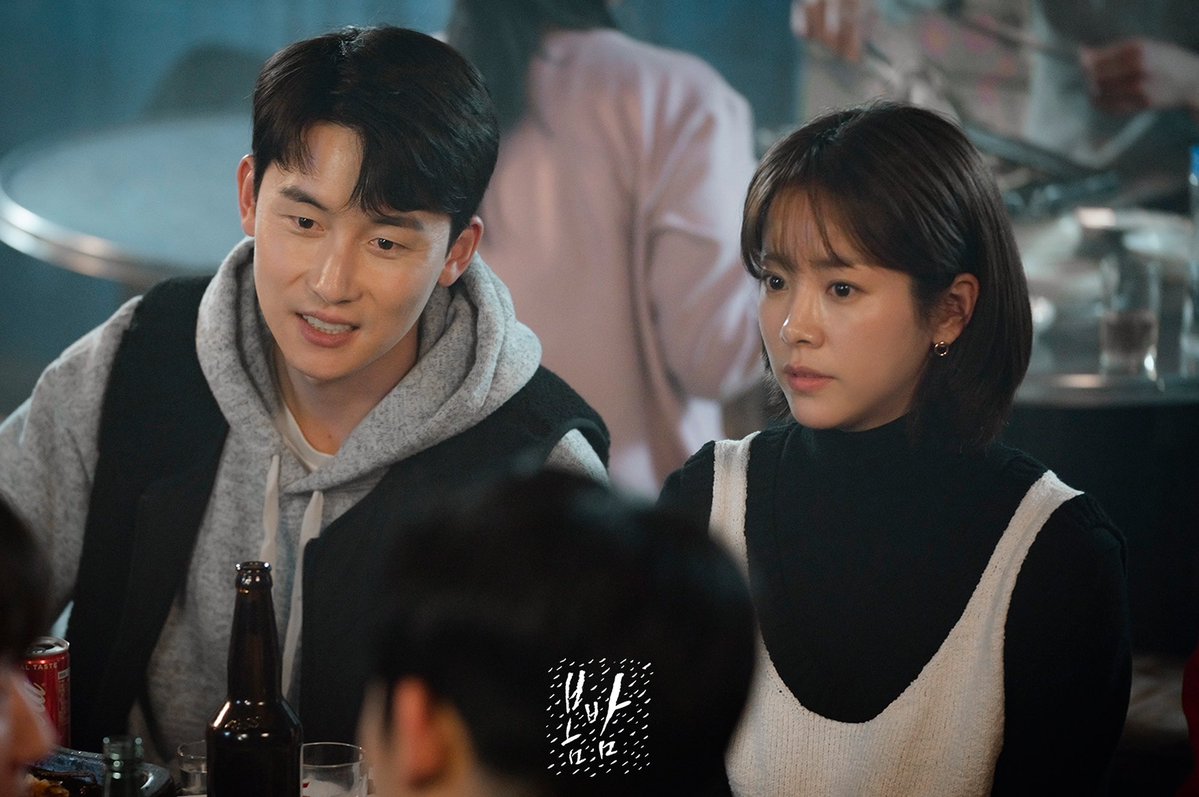 In the released stills, Lee Jung In and Yoo Ji Ho meet again at a basketball game after party. Lee Jung In sits next to her boyfriend Kwon Ki Suk (played by Kim Jun Han), and as Yoo Ji Ho watches them, his expressions holds signs of a bittersweet smile. 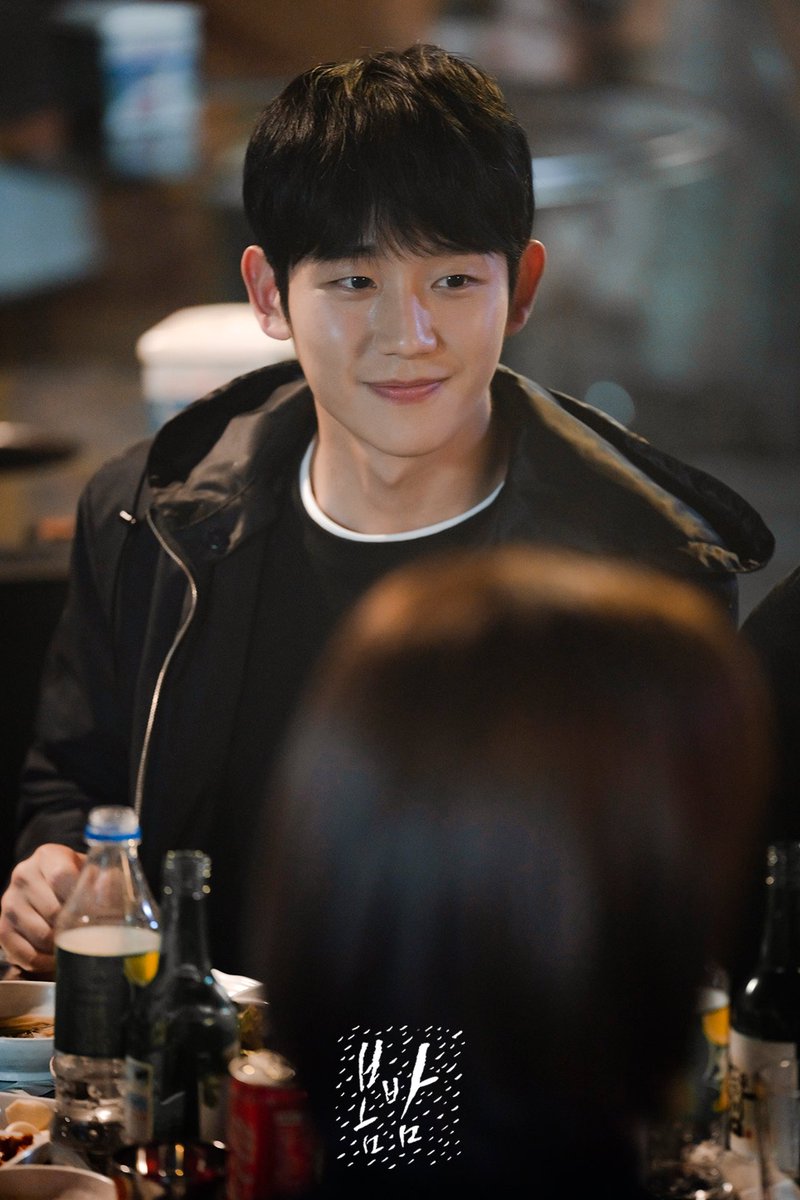 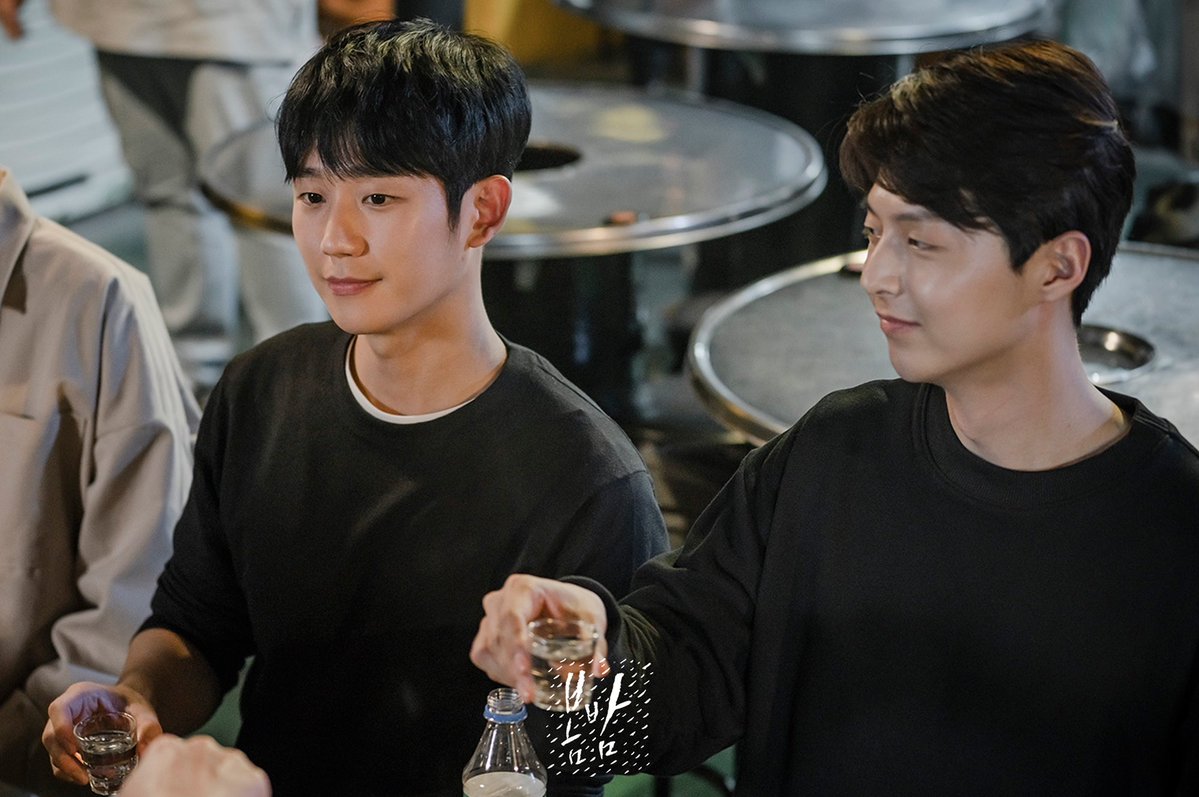 After noticing each other at the gathering, Lee Jung In and Yoo Ji Ho’s awkward gestures and careful stares are expected to raise excitement and tension in viewers.

“One Spring Night” airs on Wednesdays and Thursdays at 9 p.m. KST.