Shin Sung Rok Turns Into A Charismatic Designer For “Perfume”

The drama is a fantasy romance about Seo Yi Do, a genius designer in a creative slump (played by Shin Sung Rok), and Min Ye Rin, a mysterious fashion model who has been to hell and back (played by Go Won Hee). The two meet right as they are about to lose the meaning in their lives, and they develop chemistry as natural enemies who are thrown into trouble whenever they cross paths.

On May 23, “Perfume” released stills of Shin Sung Rok as Seo Yi Do, a brilliant fashion designer who has a top reputation for creating a stir in the fashion world. He also has 52 phobias and 35 kinds of allergies due to the deadly incident that turned his childhood life upside down. Although he enjoys people’s attention, he is not able to express himself properly. Then one day, Min Ye Rin appears, and his lonely and peaceful daily life comes to an end.

In the new stills, Shin Sung Rok portrays extreme charisma backstage at a fashion show. He watches the preparation process with keen eyes and sharp sensitivity. When an unexpected incident occurs, he is able to smoothly handle the situation with his creative ability to solve problems. 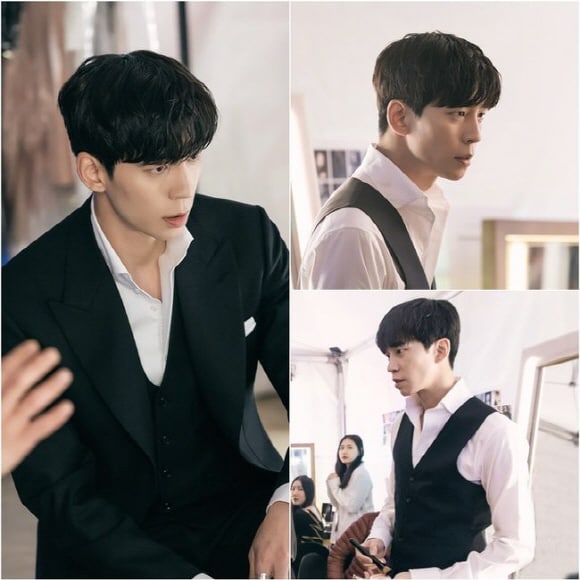 This scene was filmed on April 29 and 30. Ever since Shin Sung Rok received the script, he had been working hard to immerse fully in his role as Seo Yi Do. During the two days of filming, he expressed opinions about various parts of the scene to make his character stand out more and practiced more than a dozen times to create perfect scenes. A fantastic fashion show was able to come alive, thanks to Shin Sung Rok’s passion.

The production crew praised him and said, “Shin Sung Rok is leading the drama with his thorough preparations, and he brings fun to the set. Shin Sung Rok is bringing out the hidden charms of Seo Yi Do, so please keep your eyes out for his version of the ill genius designer.”

“Perfume” begins airing on June 3 at 10 p.m. KST. It will be available on Viki with English subtitles.

Perfume
Shin Sung Rok
How does this article make you feel?