Hyun Woo shared what his dating life with girlfriend Pyo Ye Jin is like!

On May 23, the actor appeared as a guest on the premiere of TV Chosun’s “Taste of Dating.”

When he was introduced on the show as a panelist, Hyun Woo said, “I’ve been dating Pyo Ye Jin for about a year.”

Choi Hwa Jung made the others laugh when she said, “That’s quite a while.” 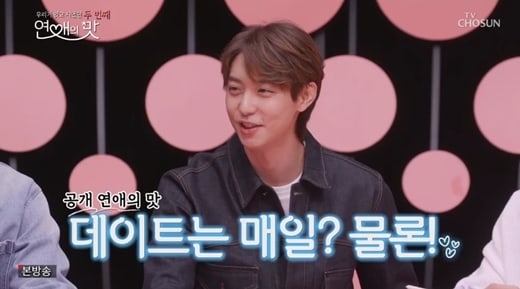 Hyun Woo and Pyo Ye Jin starred together in the 2017 drama “Laurel Tree Tailors” and they confirmed their relationship last fall.

Hyun Woo
Pyo Ye Jin
Taste of Dating
How does this article make you feel?