Fans of the Mnet survival show “Produce X 101” have been touched by the actions of trainee Kang Hyeon Su’s father.

Kang Hyeon Su’s father has also handed out cards that ask people to vote for his son. Fans have been touched by his hard work and they’re cheering him on as he promotes his son in the hot weather. 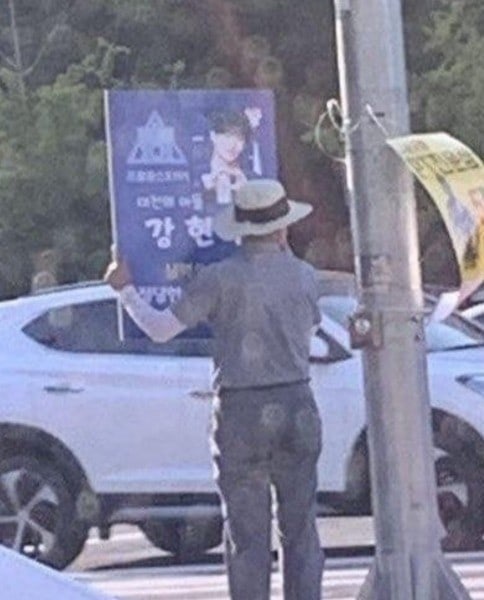 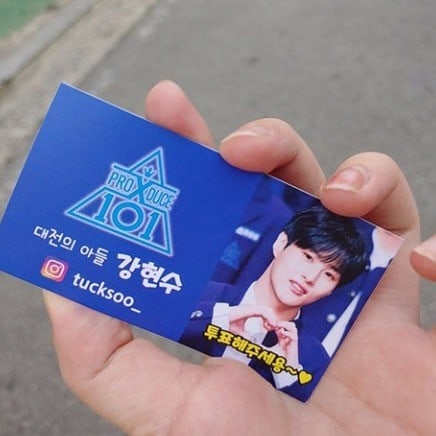 Kang Hyeon Su is under the agency AAP.Y Entertainment, and he was placed in the A grade (highest level) of trainees when judges evaluated their skills. As of episode 3, he was in the No. 69 spot in realtime rankings based on online votes.

Who are you rooting for on “Produce X 101”? Show your support for your favorites by voting in Soompi’s international prediction polls here.

Produce X 101
Kang Hyeon Su
How does this article make you feel?