BTOB’s Yook Sungjae Talks About Always Being The Youngest, “Master In The House,” And More

Yook Sungjae talked about his variety show “Master in the House,” his maknae image, how he works with people of all ages, and his fellow BTOB members in an interview and photo shoot with Cosmopolitan Korea.

The 25-year-old (by Korean reckoning) is currently the youngest cast member of SBS variety show “Master in the House.” As he is also the youngest member of BTOB, he was asked if he ever got tired of his maknae, or youngest, image. He answered, “Since the maknae image isn’t something you can have your entire life, I enjoy it even now. I want to always have the image of a kid.” 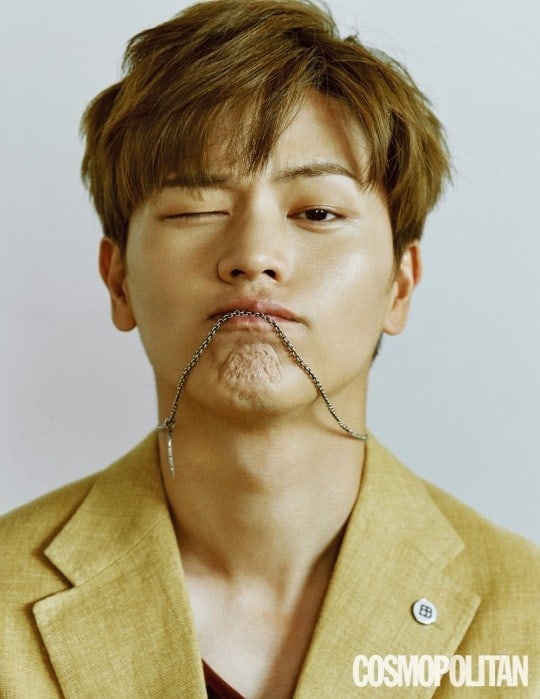 On being known for singing older songs from the 1990s and having a mature sentiment despite having been born in 1995, Yook Sungjae remarked, “Ever since I was young, I wanted to hurry up and get in my 30s. Since I work with a lot of older people in variety shows or dramas, I’m jealous of that dignified coolness.” 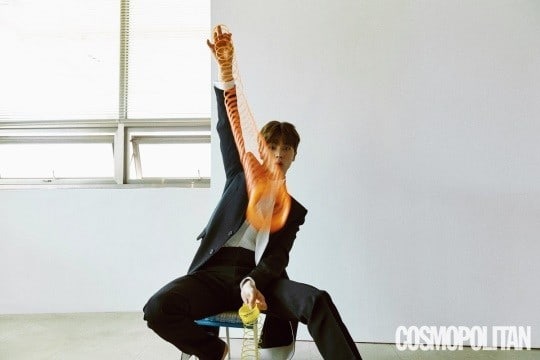 Yook Sungjae talked about how one of the masters from “Master in the House,” veteran singer Kang San Ae, had left a deep impression on him. He shared, “He said that when the song that you create and sing emerges into the world and someone hears that song, and they have some sort of story entangled within it, that song no longer belongs to the one who created it. Until then, I had some sort of pride over the songs that I had sung or made, but I learned that there comes a time when you have to let that go.” 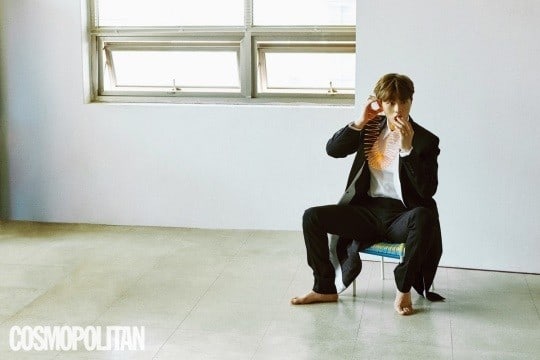 The BTOB member has worked with a variety of seniors on variety shows, with a wide range of age differences, from a few years to even 20 years. When asked what the secret to successfully working with them was, he commented, “Since I’ve been the youngest for a long time, I have a know-how that was embedded in me by instinct. When I first started out on variety shows, I thought being polite was the most important thing. But they would approach me first and say, ‘These are variety shows. If it’ll make people laugh, I can even get slapped by you.’ I think I felt a bit braver.” 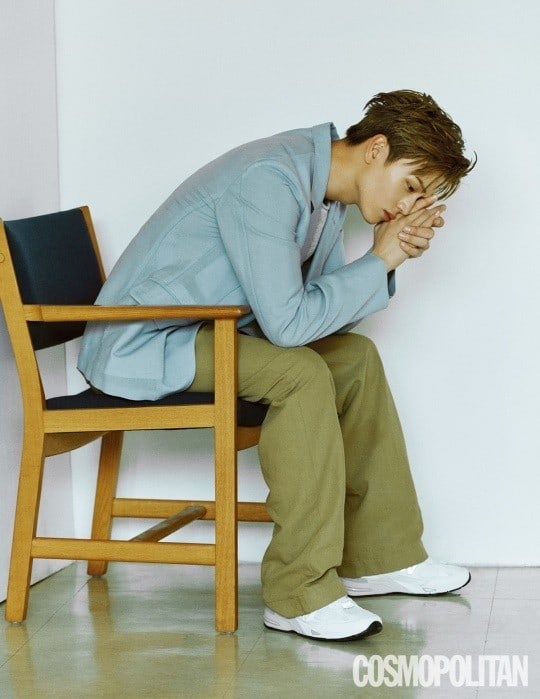 Yook Sungjae chose singers that he liked, saying, “There are a lot of ‘all-rounders’ who take on a lot of fields among the singers that I like, such as Justin Timberlake and Robbie Williams.” 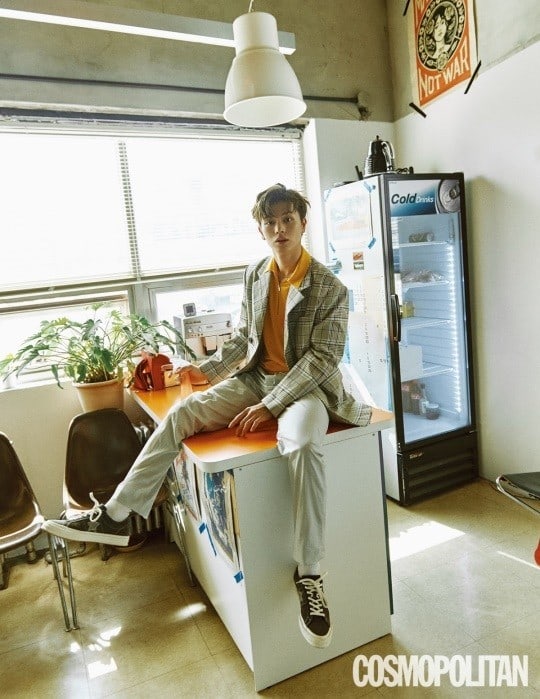 On the three BTOB members currently serving in the military, he shared, “Because I can’t see them these days, I really felt that I rely on them a lot. But at the same time, it doesn’t feel like I can’t do things on my own. I’ll have to try.”

If you haven’t already, check out the latest episode of “Master in the House” below!

BTOB
Yook Sungjae
Cosmopolitan Korea
Master in the House
How does this article make you feel?