If there is one thing every member of BTS agrees on, it’s that the group’s visual, Jin, is extremely good-looking. Calling him “worldwide handsome” is no exaggeration at all, and we can’t help but adore how Seokjin owns this title wherever he goes. He is beautiful inside and outside, 24 hours a day, seven days a week! It’s impossible to list all his iconic moments where he stole our hearts with his confidence, charisma, and kind heart, but let’s just look at a few of his most “Seokjin-like” moments!

Prepare your hearts and eyes — it won’t be easy to survive whatever Jin is putting us through!

There is no other way to start this list than mentioning one of Seokjin’s most memorable appearances on the Twitter trends. He went viral for his looks while getting out of a car at the 2015 Melon Music Awards, and everyone on social media started searching for the mysterious “Car Door Guy.” The name stuck with Seokjin, and the expression can even be found on Urban Dictionary!

Nothing looks better on people than hard work and confidence, and the way Seokjin’s dancing has improved since debut is just something we NEED to talk about. Looking at fancams of him leaves us in awe, as he just kills every choreography with sharp moves and powerful expressions! He deserves only respect and praise for his dancing, and ARMY is so proud of Jin for becoming a great addition to BTS’s dance line.

Every interview in the States ever

Nothing is better than seeing Seokjin all confident, killing his most iconic English line ever and calling himself worldwide handsome in every interview in America. Please never lose your shine, Jin!

When he sings “Epiphany”

Seokjin is so much more than just a handsome face. His angelic voice alone is enough to make everyone fall in love with him in no time! Every time he is performing his solo song “Epiphany,” the crowd falls just a bit deeper! It’s impossible not to become a Jin enthusiast after listening to and seeing “Epiphany” live in concert.

When his precious smile appears

Have you ever noticed that when Seokjin is smiling wide or laughing, he is closing his eyes at the same time? It is the absolute cutest thing on this planet, and you can just see how Jin is the softest, most precious little bub.

seokjin’s cute habit of closing his eyes when he’s laughing or smiling HE’S SO PRECIOUSpic.twitter.com/fGk8BFTUWy

The third one from the left

The story of our worldwide handsome guy taking over the United States cannot be missed! When BTS first arrived at the BBMAs in 2017, there was a lot of buzz around the boys on social media. After the group’s attendance on the red carpet, everyone started to ask who the gorgeous guy was standing third from the left. It was none other than our own visual prince, Seokjin. When later asked about the phenomenon in an interview, he answered in true Seokjin manner: “I think I’m worldwide handsome.” Yes, Jin, you definitely are! 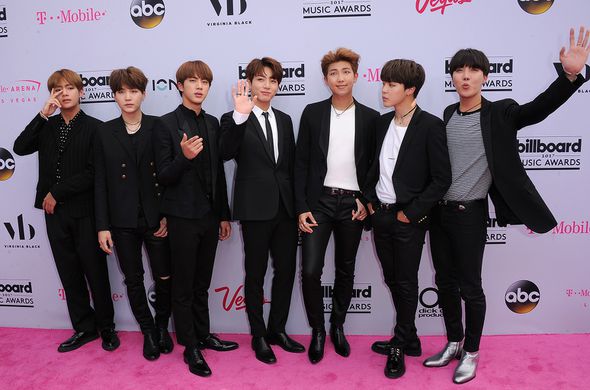 When his forehead is free

Jin’s forehead is just so powerful! There is just something about every performance and photo shoot where his bangs don’t cover his forehead. He looks just so damn graceful no matter what hair color he is currently rocking. The audience needs more of his forehead for sure!

Where are my Jin in pink enthusiasts at? The boy just adores this color, and he is just slaying every pink outfit ever, whether it’s the softest shade or bright magenta. Not to mention that time he went all out and got his hair dyed pink for “Blood Sweat & Tears” promotions. Those were the times, and Seokjin stans will never let the memories of that glorious era die. 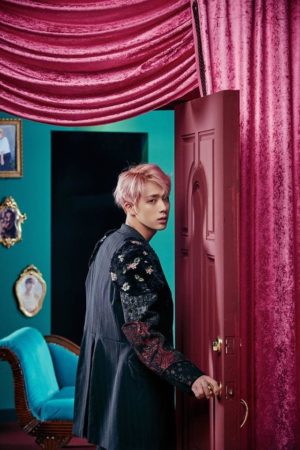 When he made Heechul flustered

It is one thing that Seokjin drives ARMY absolutely crazy with his charming looks, but he has the same effect on many other people, including Super Junior’s Kim Heechul. When BTS appeared on “Ask Us Anything,” Seokjin automatically winked at Heechul, and the man got so flustered he was close to blushing. Kim Seokjin’s power, ladies and gentlemen!

Every flying kiss ever

Seokjin’s flying kisses are well-known among fans, as he uses every opportunity to surprise us with a lovely and very energetic kiss. These flying kisses just hit differently for some reason, and we can never get enough of them! Jin, please never stop showing us your handsome features while throwing a kiss in our direction!

When he did the heart events for ARMY

Seokjin is handsome no matter what he does, but when he is full of energy and determined to surprise and show his love for every BTS fan, it’s just the most heartwarming thing ever and makes him glow even more. For their “Wings” tour, Jin prepared special heart events for different concerts, and with his adorable antics, he stole our hearts once and for all. Thank you, Jin, for always being your worldwide handsome self and never being afraid to show your love and affection towards ARMY!

ARMY! Which Seokjin moment took your breath away? Tell us in the comments below!

When she’s not studying or working, fanniberger spends her time obsessing over K-pop groups and drinking way too much bubble tea. Seokjin is her BTS bias and she will never get bored of his jokes and adorable antics. Say hi to her on Twitter and Instagram!

BTS
Soompi Spotlight
Jin
How does this article make you feel?