On the May 24 episode, contestants competed in their first group mission. Song Yu Vin performed GOT7’s “Lullaby” with his team, but his mic didn’t work during the entire song. After it ended, Song Yu Vin asked, “The mic didn’t work? Oh really?” and the performance ended without any sound from the main vocalist. 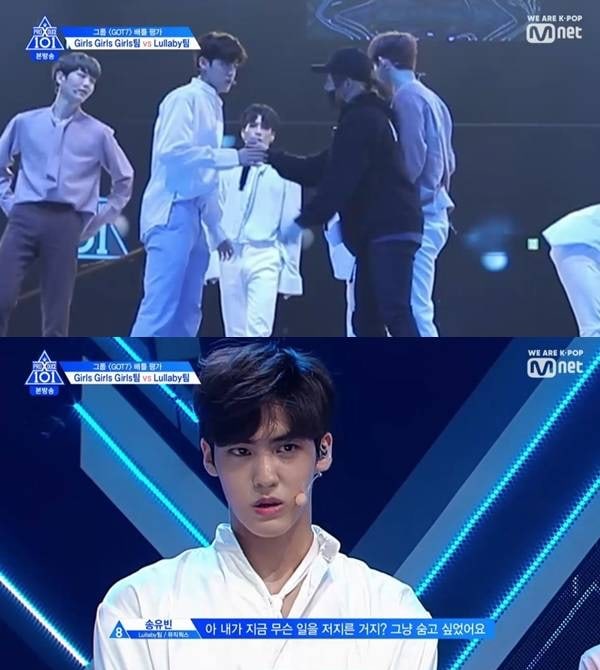 He told the audience, “I competed in a different team than my agency’s trainee Song Yu Vin. He really worked hard during the last two weeks, but the mic didn’t work,” and burst into tears. Song Yu Vin was surprised to see this and walked over to embrace Kim Kook Heon. He told him, “It’s okay. It’s okay. I’m okay,” and began tearing up as well.

With permission from the opposing team, Song Yu Vin’s group got the chance to perform “Lullaby” again, and Song Yu Vin showcased his skills as the main vocalist.

As a result, Song Yu Vin got the most votes in his team, but felt apologetic toward his group members. In his interview, he said, “My mic didn’t work and I caused harm, but I was No. 1 in the team. I felt so sorry.” 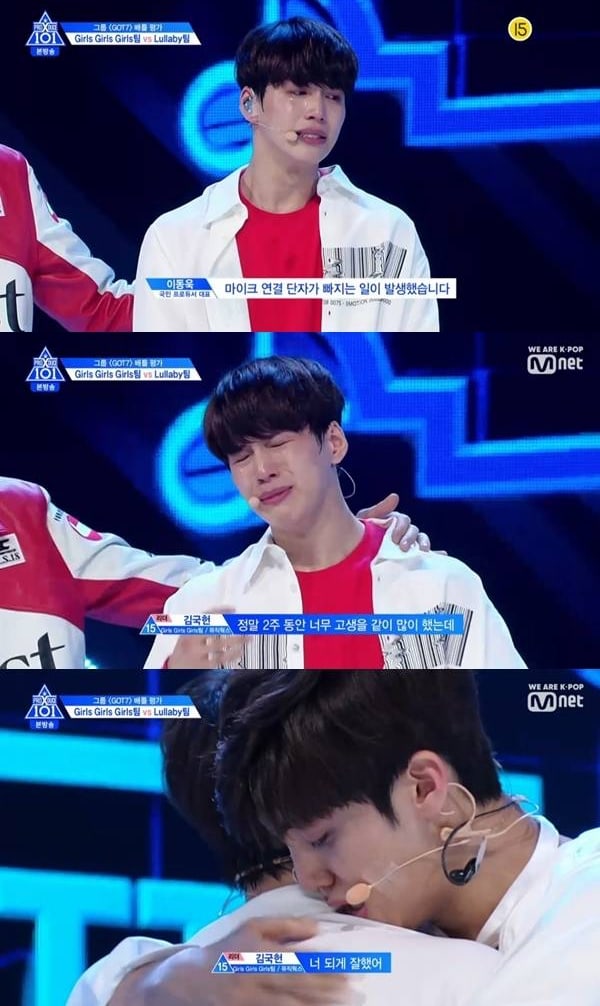