EXID Addresses Disbandment Rumors And Shares Desire To Stay Together

On the May 24 broadcast, the girl group made their first appearance as a whole group in three years.

Earlier this month, EXID’s agency Banana Culture Entertainment announced that Hani and Jeonghwa would be parting ways with the agency while Solji, LE, and Hyelin renewed their contracts.

During the show’s talk segment, EXID’s leader Solji said, “After celebrating our seventh debut anniversary, our contracts reached their end. There are members who are renewing their contracts and members who aren’t, so those kinds of rumors [about disbanding] came about. All five members don’t want to disband. We want to continue our group, so we’re going to make an effort.”

Looking back on their seven years of promotions, LE commented, “I’m proud of us for not thinking of hard times as being too difficult, for thinking positively, and moving forward. I think we have camaraderie more than companionship. In the battlefield of the music industry, we pushed and pulled each other and were together during hard times.” 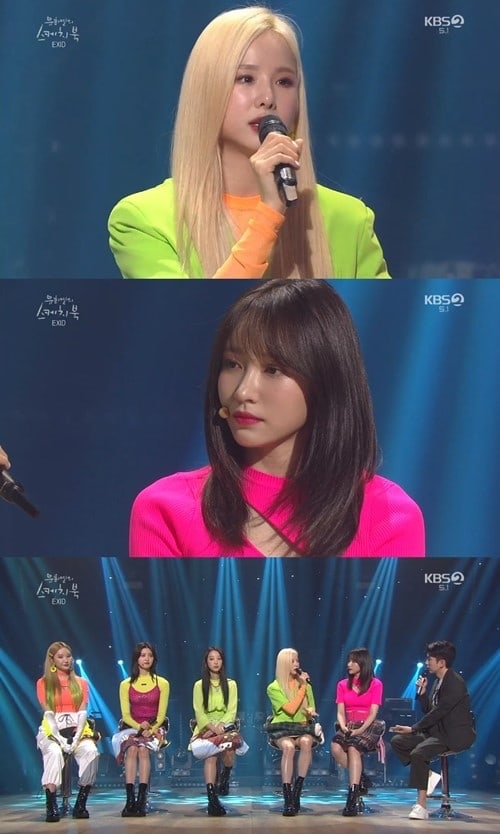 EXID is currently promoting the title track “Me & You” off of their mini album “We.”

Watch a full episode of “Yoo Hee Yeol’s Sketchbook” below!

EXID
Yoo Hee Yeol's Sketchbook
How does this article make you feel?