Apink’s Jung Eun Ji and Super Junior’s Kyuhyun talked about some of the times that they had been caught off guard by their fans!

The two singers appeared as guests on the May 25 episode of JTBC’s “Ask Us Anything.” During the segment in which the cast had to guess facts about the guests, Kyuhyun revealed that a fan had once made him upset.

In order to help the cast members guess what the fan had done to upset him, Kyuhyun hinted, “Typically, when you meet fans, they say hello, and they’re usually so happy that they do something later on.” Seo Jang Hoon then correctly guessed that Kyuhyun had expected a fan to post about their encounter on the internet, but that she hadn’t uploaded anything about the incident.

Super Junior’s Kim Heechul asked how he had known that the fan didn’t post anything, and Kyuhyun explained, “It was the first time in my life that I had coincidentally run into a fan who happened to be listening to my song. I was so moved that I told her that I was the singer, and she was so happy. I greeted her and told her to study hard, and I thought that she might post something nice since she had met a singer that she liked.”

He continued, “So I searched ‘Kyuhyun subway,’ ‘Kyuhyun,’ and all kinds of things, but nothing came up, and I wondered if she hadn’t really enjoyed [meeting me].” Seo Jang Hoon comforted him by saying that the fan had probably posted about it somewhere, and Lee Soo Geun added, “Maybe she didn’t post it because she wanted to protect you.” 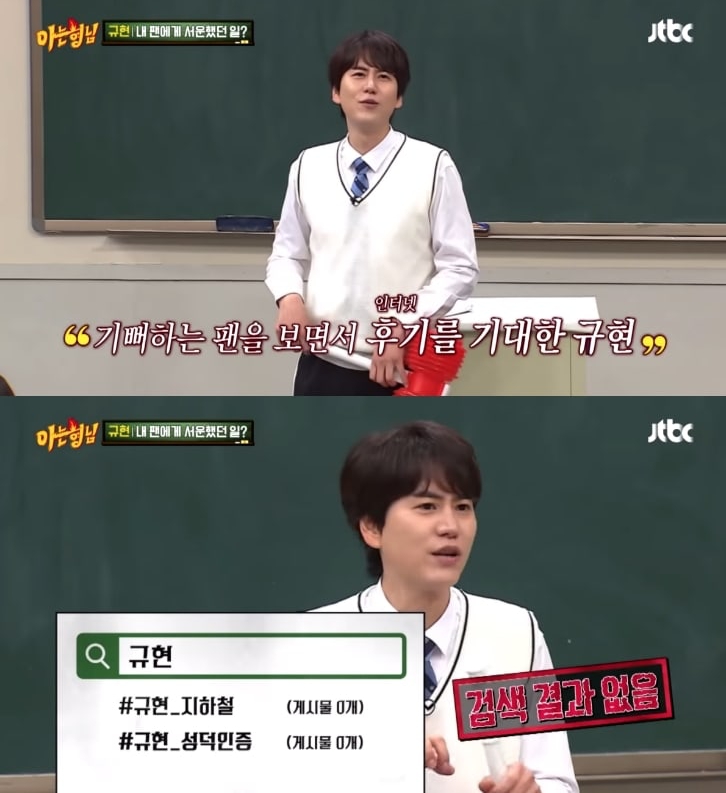 Kim Heechul then asked Jung Eun Ji if she had ever been in a similar situation, and she replied that she had once felt a similar emotion during a year-end award show.

“Many singers attend the year-end award shows,” said the Apink member, “and our fans were cheering for us. But I like to watch our fans even after we’ve stepped off stage. And I saw one of our fans flip over the placard [with Apink’s name] on it, and there was a different singer’s name on the other side. It was a double-sided sign.” 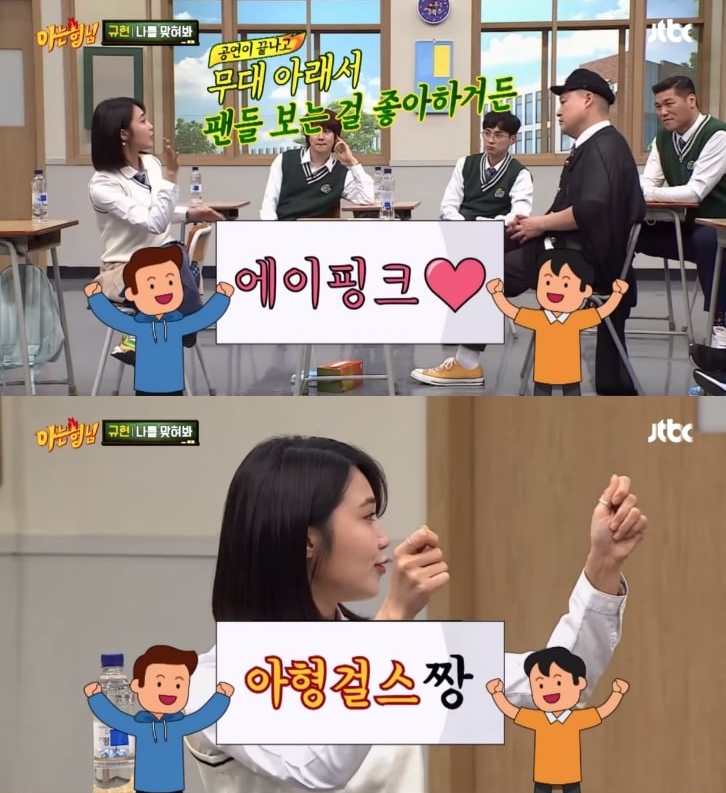 Kyuhyun said, “I have a story like this too. I was promoting on a music show in 2007 as part of our sub-unit Super Junior-K.R.Y. At that time, not many of our fans were able to get into the music show, and a lot of SS501 fans had gotten in, because we were promoting at the same time back then. So I hadn’t seen any of our fans there, but suddenly, a sign that said ‘Kyuhyun’ appeared.”

He continued, “I looked at it and thought, ‘What happened?’ But it was actually the combination of SS501’s Kim Kyu Jong‘s and Kim Hyun Joong‘s names. That’s why it said Kyuhyun. I’m serious! I was touched and so happy, and I was really grateful.” 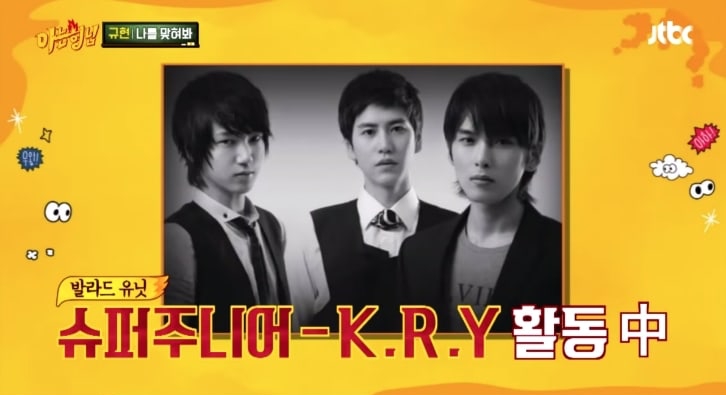 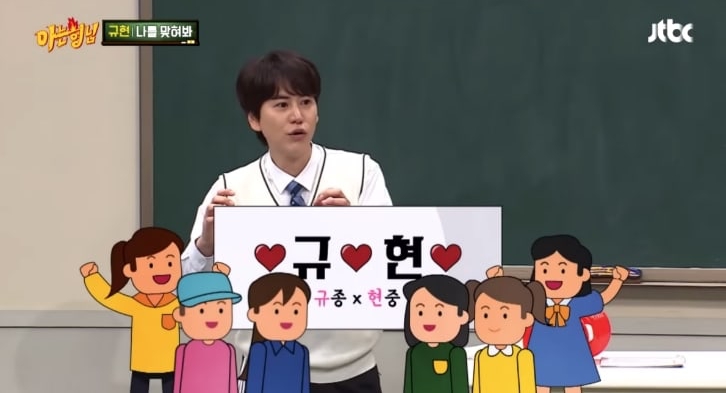 Check out a recent episode of “Ask Us Anything” below!

Apink
Super Junior
Ask Us Anything
Jung Eun Ji
Kyuhyun
How does this article make you feel?