GOT7’s Jinyoung sat down for an interview with Sports Donga to talk about his acting career.

Jinyoung began his acting career in 2012 with KBS’s “Dream High 2.” Thereafter, he featured in “When a Man’s in Love,” “My Love Eun Dong,” the movie “A Stray Goat,” among others. tvN’s “He is Psychometric,” which concluded last month, was Jinyoung’s first lead role in a miniseries.

He revealed, “There’s a lot of parts that I felt I lacked in, but I’m glad that it ended well. I’m about 60 percent satisfied. 50 percent is from having worked so hard and 10 percent is to praise and motivate myself. In terms of acting, I always wish I could do better. I still find it meaningful that I achieved my goal of ‘I want to finish it until the end.’ I was very happy and grateful.” He added, “There were times I blamed myself, but I’ve never once wanted to give up.”

Unlike most other idol actors who take on roles that portray a similar image to their image on stage, Jinyoung took on darker roles such as the character he played in the movie “A Stray Goat.” However, in “He is Psychometric,” he showed a brighter side of him.

He shared, “I’m not in a position to be picky, but I think that’s the kind of career I’ve built. I just happened to receive those types of projects, and I personally tend to like ‘deep things.’ So ‘He is Psychometric’ was even more challenging for me. It felt like I found another me. It was such a bright character that even made me wonder ‘Can I be this bright?’ But I was able to, and it made me think, ‘I can’t hide that I’m GOT7.’ Anyways, I don’t have a specific goal as an actor in terms of what path I want to take. I think my path as Park Jinyoung will be paved as I finish a project one by one. I want to keep my options open.”

Jinyoung also talked about his ambitions to continue to be active both as a singer and as an actor. He commented, “I’m thankful to be able to do both. I’m very fortunate. Every album and project is charming because it’s different and new each time. They are both in common in that the harder the process is, the better the outcome. It’s fun. I want to keep releasing albums and work on projects for as long as I can until the end.” 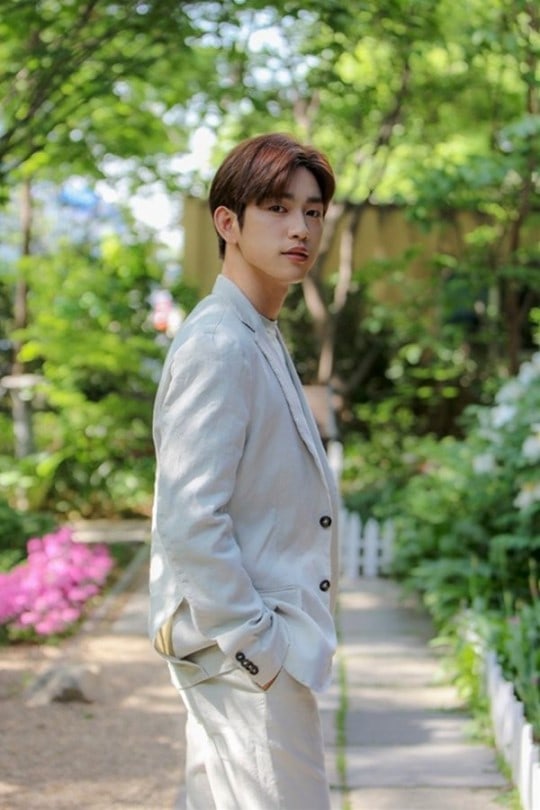 With this year being the fifth year since their debut, GOT7 is approaching the ‘seven-year disbandment jinx.’ However, Jinyoung stated, “I’m not worried because I’m close with the members.”

With regard to his plans as a soloist, he said, “If given the opportunity, I think it will be fun to release a solo album, but for now, I think there’s so much to show as GOT7 so I think it won’t be until later that I’m active as a soloist.”

Regarding his enlistment to the army, he shared, “If you’re a Korean man, I think you have to fulfill your obligations to the country. I’m not worried. I will go when I have to go.”

In between his busy schedule, he revealed that he takes the time to go on walks, exercise, meet with acquaintances, enjoy a cup of coffee, watch movies or dramas, read, etc.

He explained, “Since I’m done with the project, I’m trying to read a book. I recently bought a book called ‘How Does Philosophy Become Life’s Weapon?’ (literal translation). My taste in books is different depending on how I feel at the time. If I feel like life is hard than I seek out essays and if not, I read novels. Many fans gifted poetry books, but I have difficulty finding the intrinsic meaning in them so I’m going to read them after I’m more mature. I guess I’m not good enough to understand poetry yet.” 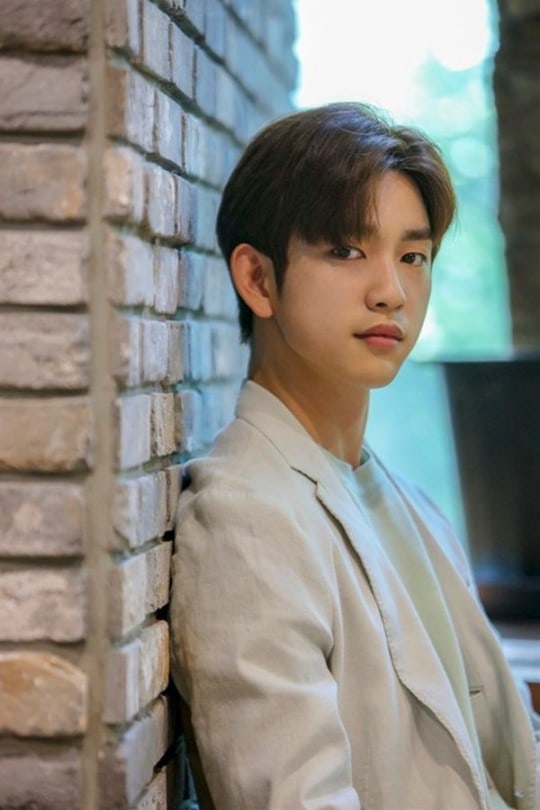 On May 20, GOT7 released their new mini album with their title track “Eclipse.” The group will also be going on a world tour this year.

As for plans for his next project, he revealed, “I’ve never done anything sweet and romantic, but if I have a chance I’d like to try. I’d also like to try a thriller or action. I also think I’d like a bright character. I finally found the bright side in me so I want to solidify it before I lose it. Whether it’s a movie or drama, I want to act the character I’m given well. I want to focus on the actual ‘doing’ rather than ‘what I’m doing.’ I will prepare well to do well. Please wait for me as I will come back with a different project.”

Check out “He is Psychometric” below!