The frequent “Running Man” guest appeared together with actress Im Soo Hyang on the May 26 broadcast of the SBS variety show, where they faced off against each other on separate teams. The eight cast members also split up into groups of four, with each group joining one of the guests’ teams for the episode.

At one point during the show, Jun So Min and Im Soo Hyang went head-to-head in a shell game that required them to distract each other with rapid-fire questions. In an attempt to catch her opponent off guard, Jun So Min kicked things off by asking, “You have a boyfriend, don’t you?” Im Soo Hyang replied, “No, I don’t. Do you have one?” Jun So Min responded just as swiftly, “No, I don’t have one.”

Im Soo Hyang then took on a different strategy, questioning Jun So Min about her feelings for Lee Sang Yeob, with whom she recently starred together in the drama “Top Star U-Back.” Im Soo Hyang asked, “Do you like Sang Yeob?”

Jun So Min made everyone laugh by replying in the blink of an eye, “No, I don’t like him.” 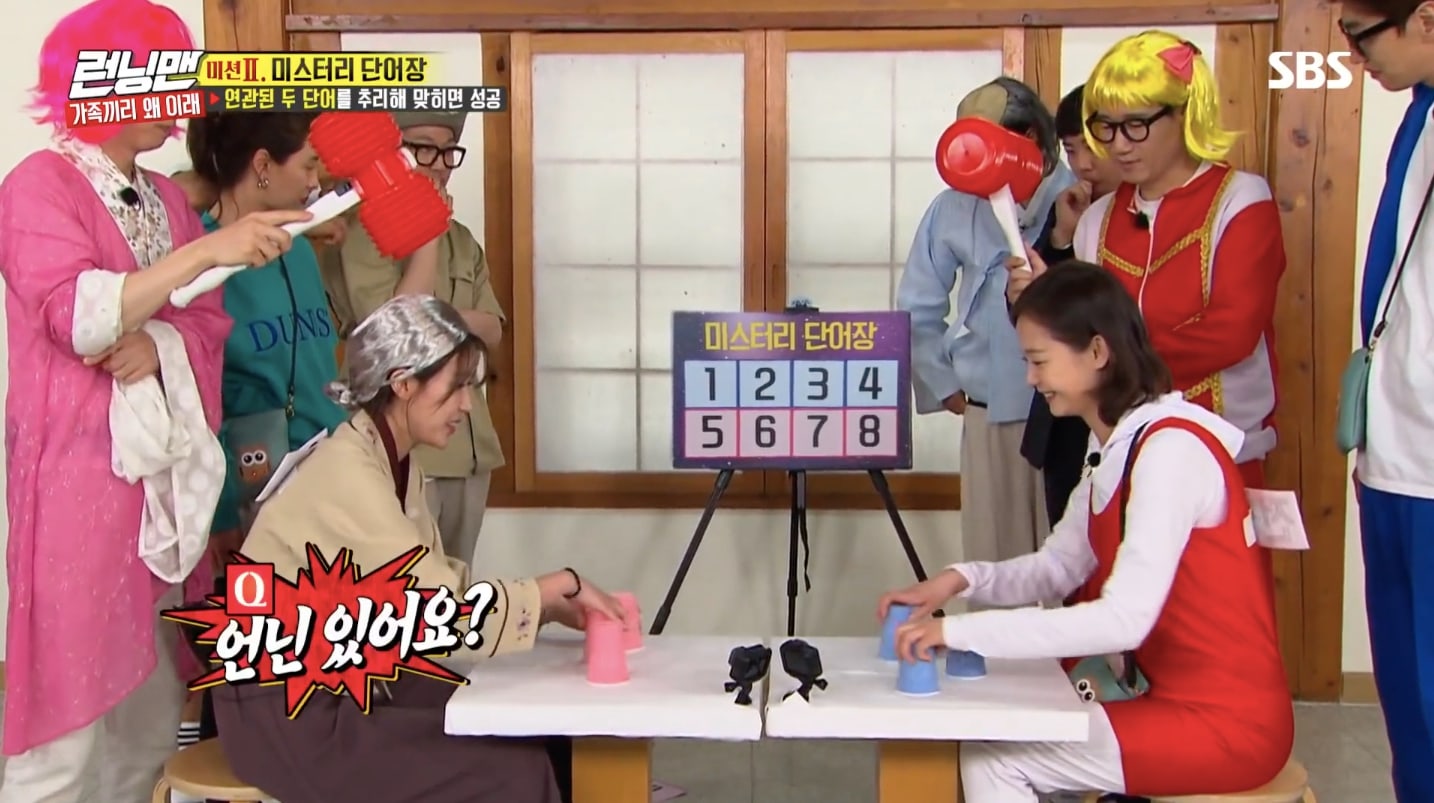 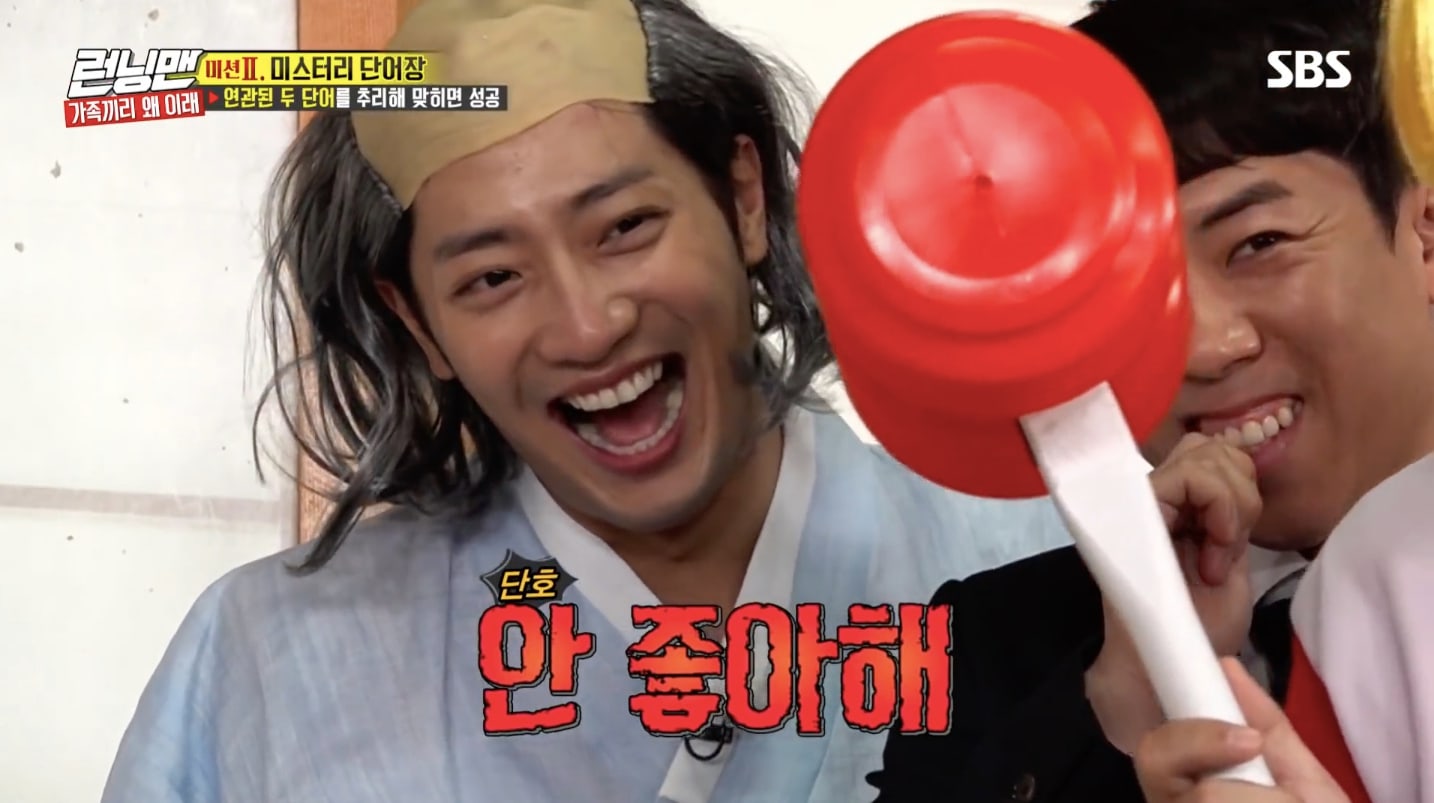 HaHa turned to Lee Sang Yeob and joked, “You just got rejected for no reason.” 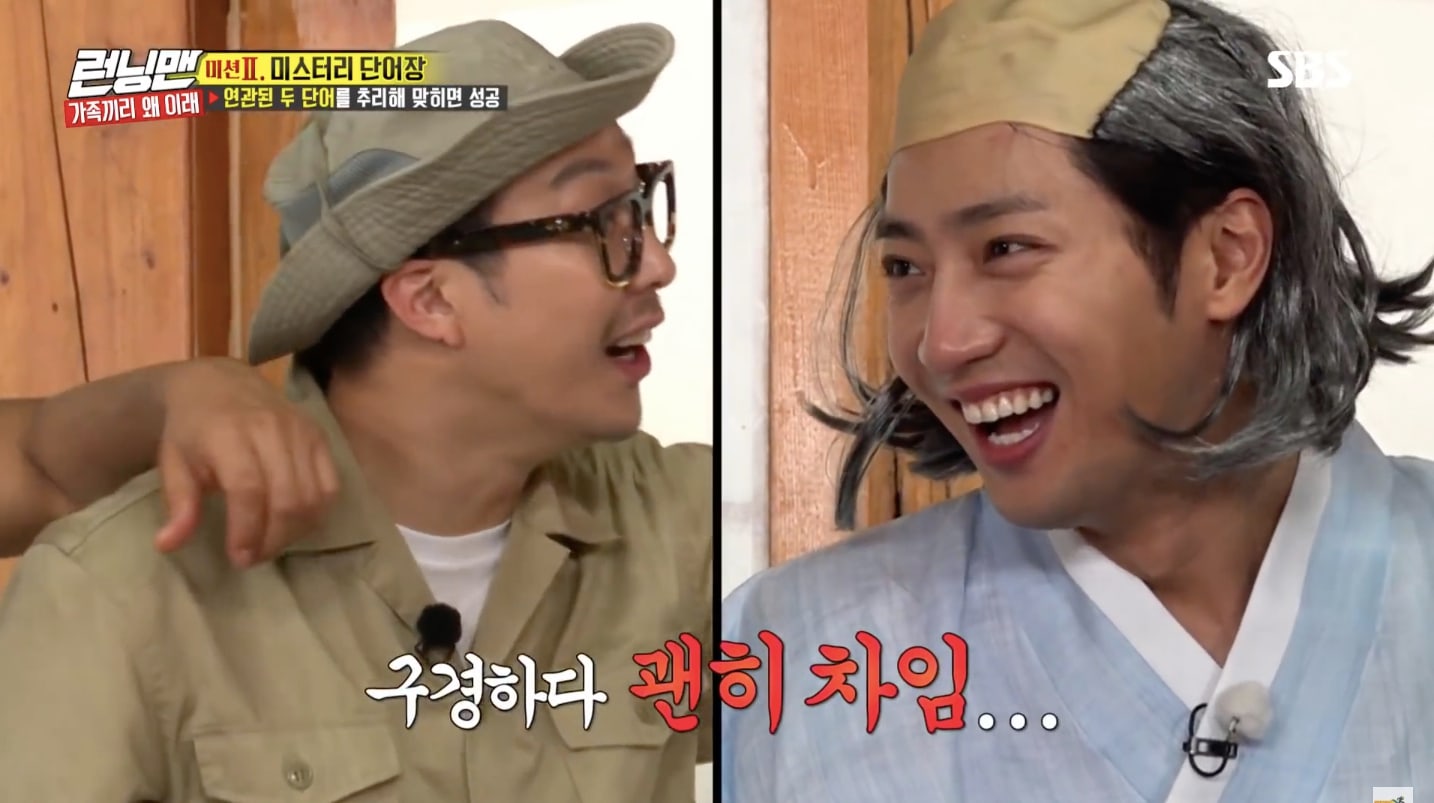 Jun So Min then returned Im Soo Hyang’s volley, asking, “Do you like Sang Yeob?” Im Soo Hyang firmly responded, “I have no interest in him whatsoever.” 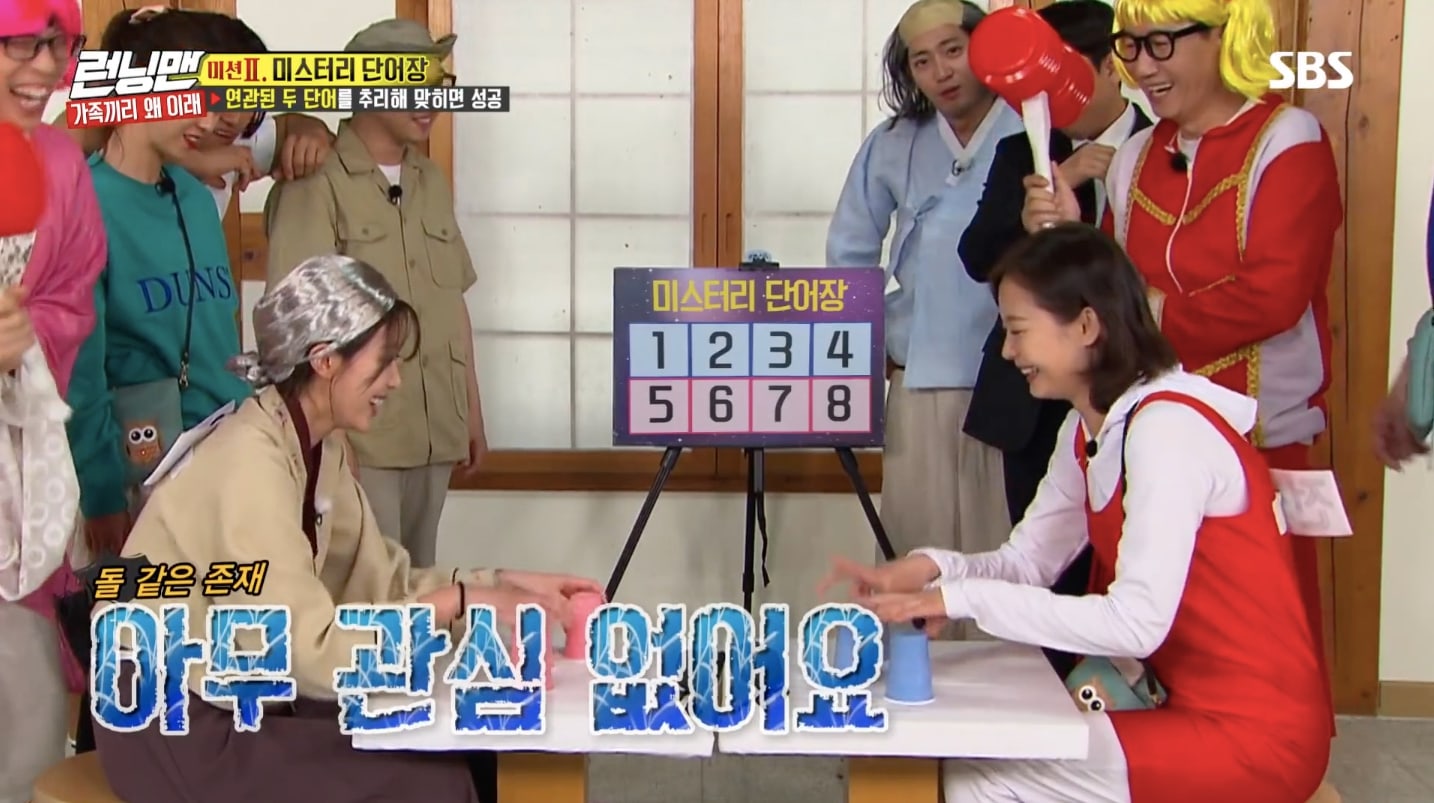 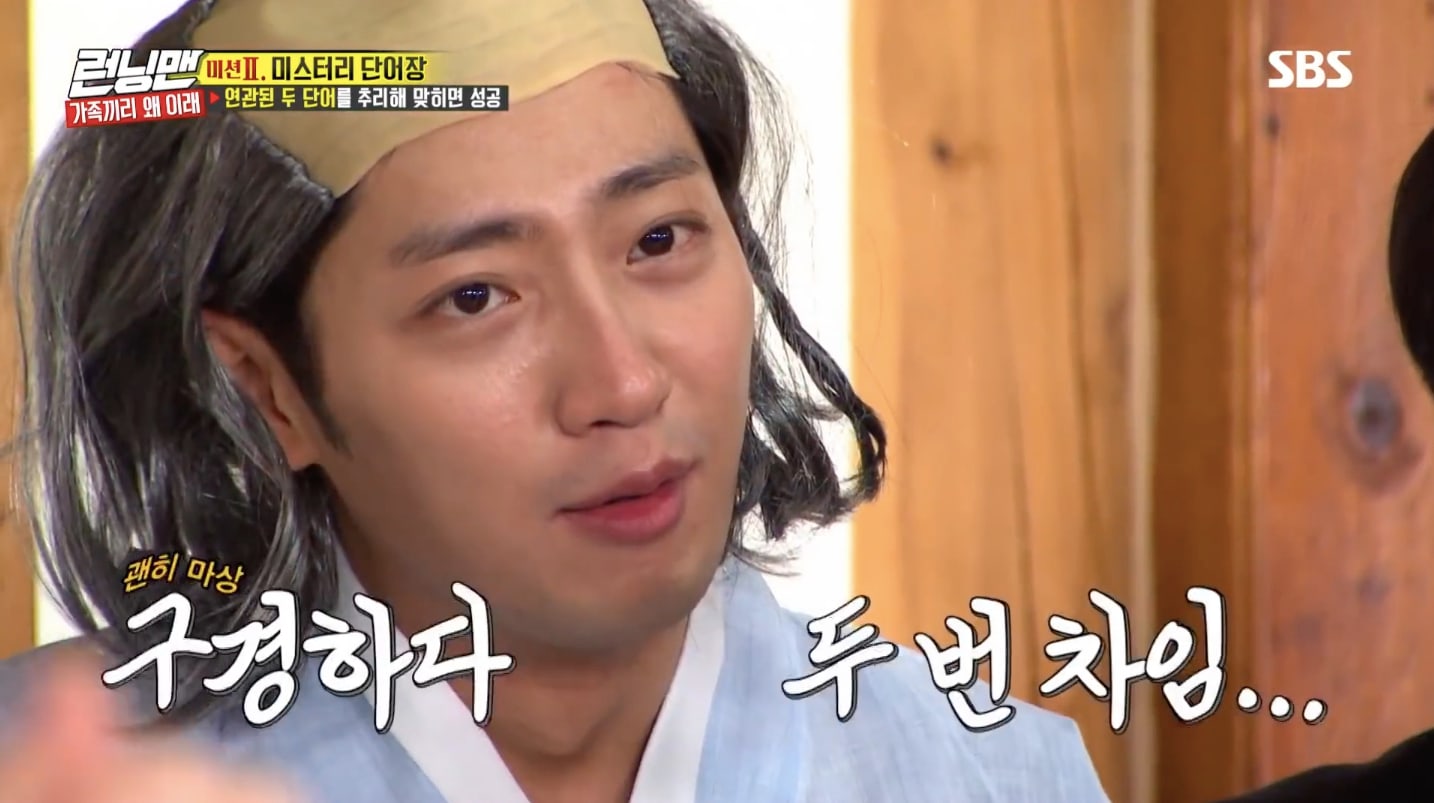 Unfortunately, however, Lee Sang Yeob’s suffering didn’t end there. Jun So Min went on to ask her opponent, “If Sang Yeob asked you out, would you date him?” Im Soo Hyang quickly replied, “No, what about you?” Jun So Min responded decisively, “I wouldn’t date him.”

Im Soo Hyang asked, “While you were filming your drama [together], weren’t you interested in Sang Yeob?” Jun So Min delivered the final blow by replying, “No, I wasn’t,” before the timer mercifully saved Lee Sang Yeob from further humiliation.

As the “Running Man” members began to move on from the game, Lee Sang Yeob suddenly cracked everyone up by exclaiming, “Wait, this hurt my feelings a lot.”

The cast members rushed to comfort him, with Lee Kwang Soo reassuring the actor, “This is a game, just a game! They’re just saying whatever; they don’t mean it.” 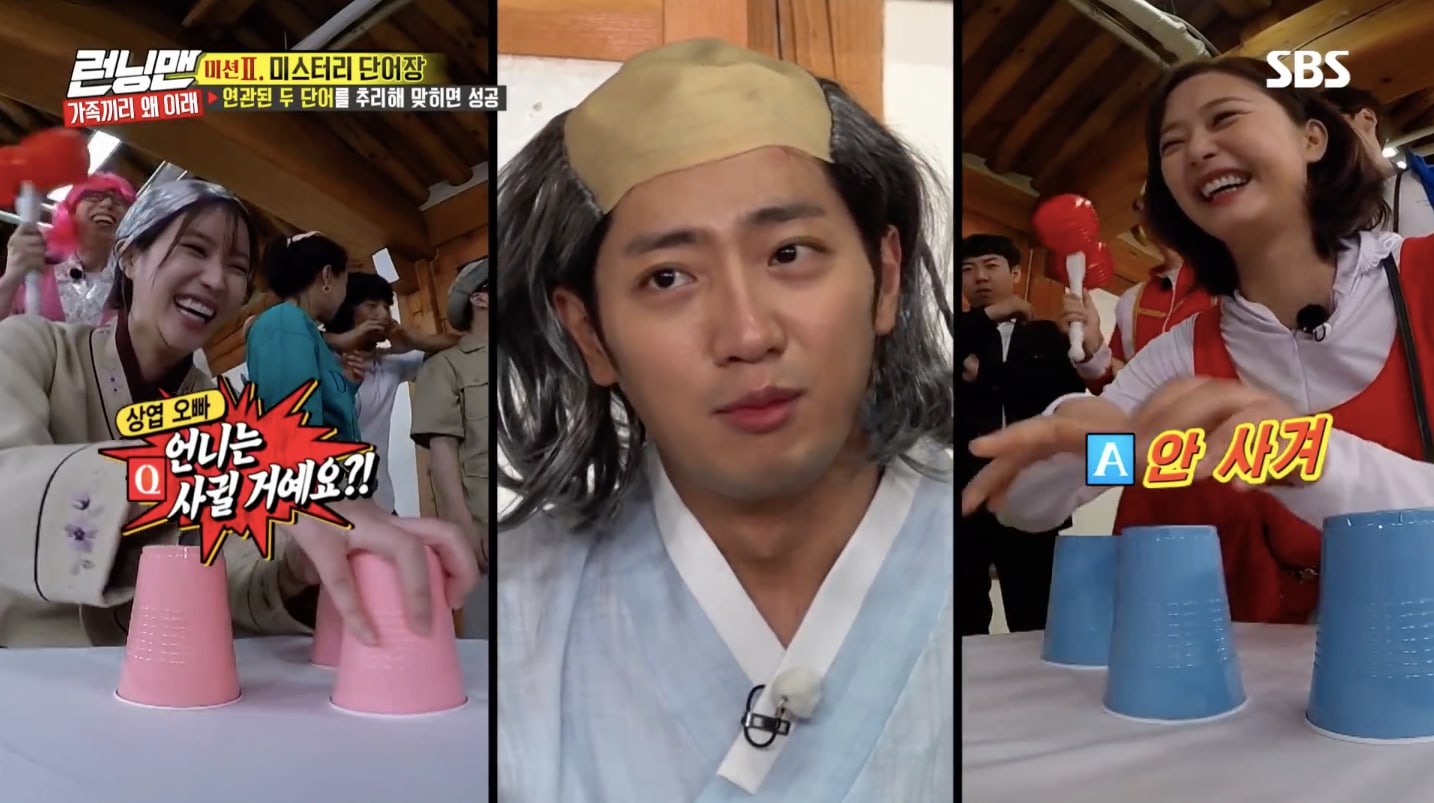 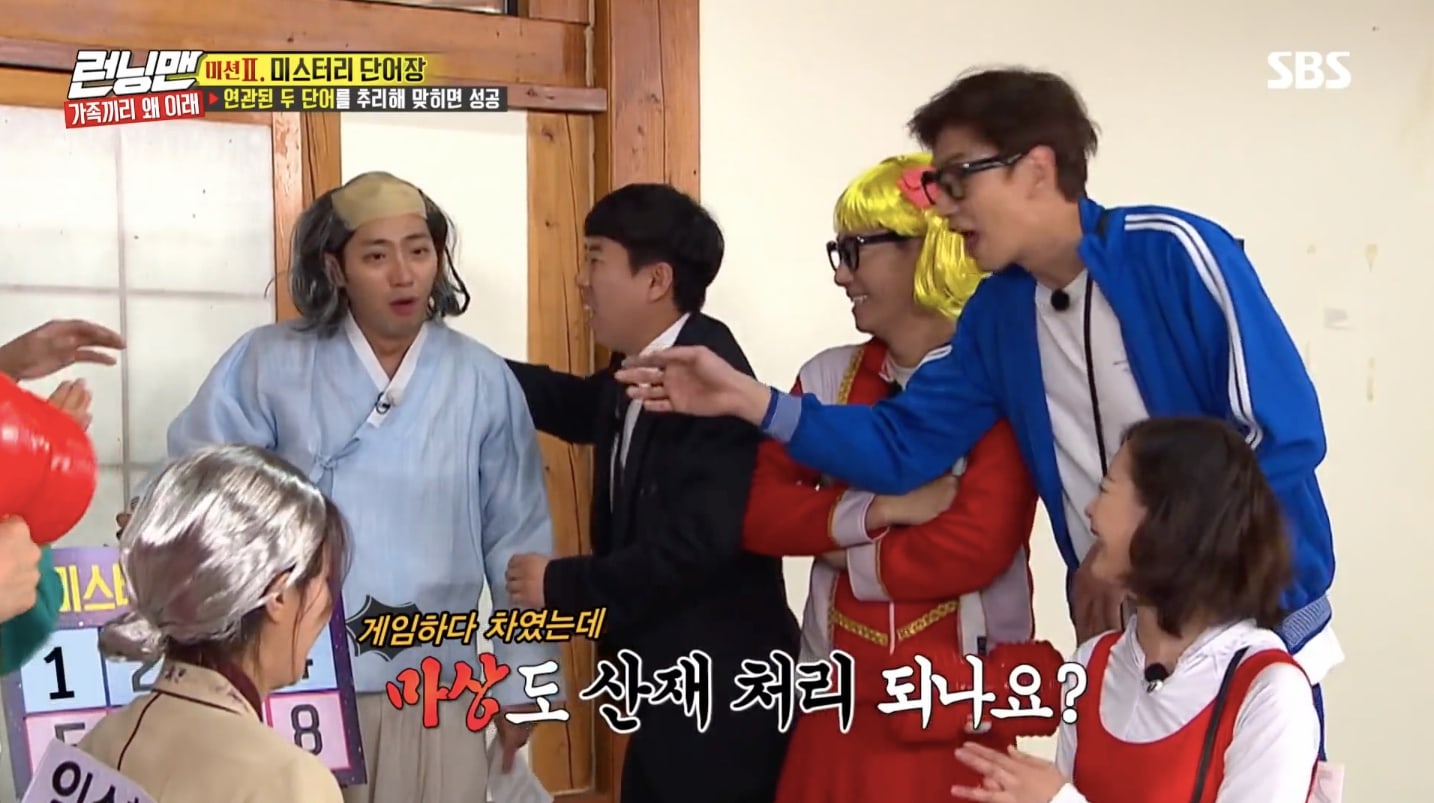