“Angel’s Last Mission: Love” is about cold-hearted ballerina Lee Yeon Seo (played by Shin Hye Sun) and Dan (played by L), an angel whose mission is to find love for her.

In the released photos, Lee Yeon Seo and Kim Dan refuse to give in to one another. Lee Yeon Seo has a dissatisfied expression on her face with her arms crossed as she looks at Kim Dan, who stares right back. Their faces show that an argument is just around the corner, which proves true in another photo. Grabbing and yanking at each other’s hair, they won’t stop even if it means being covered in cake, cream, and all sorts of bits of food. Lee Yeon Seo looks as though she will never give in, while Kim Dan yells in shock. 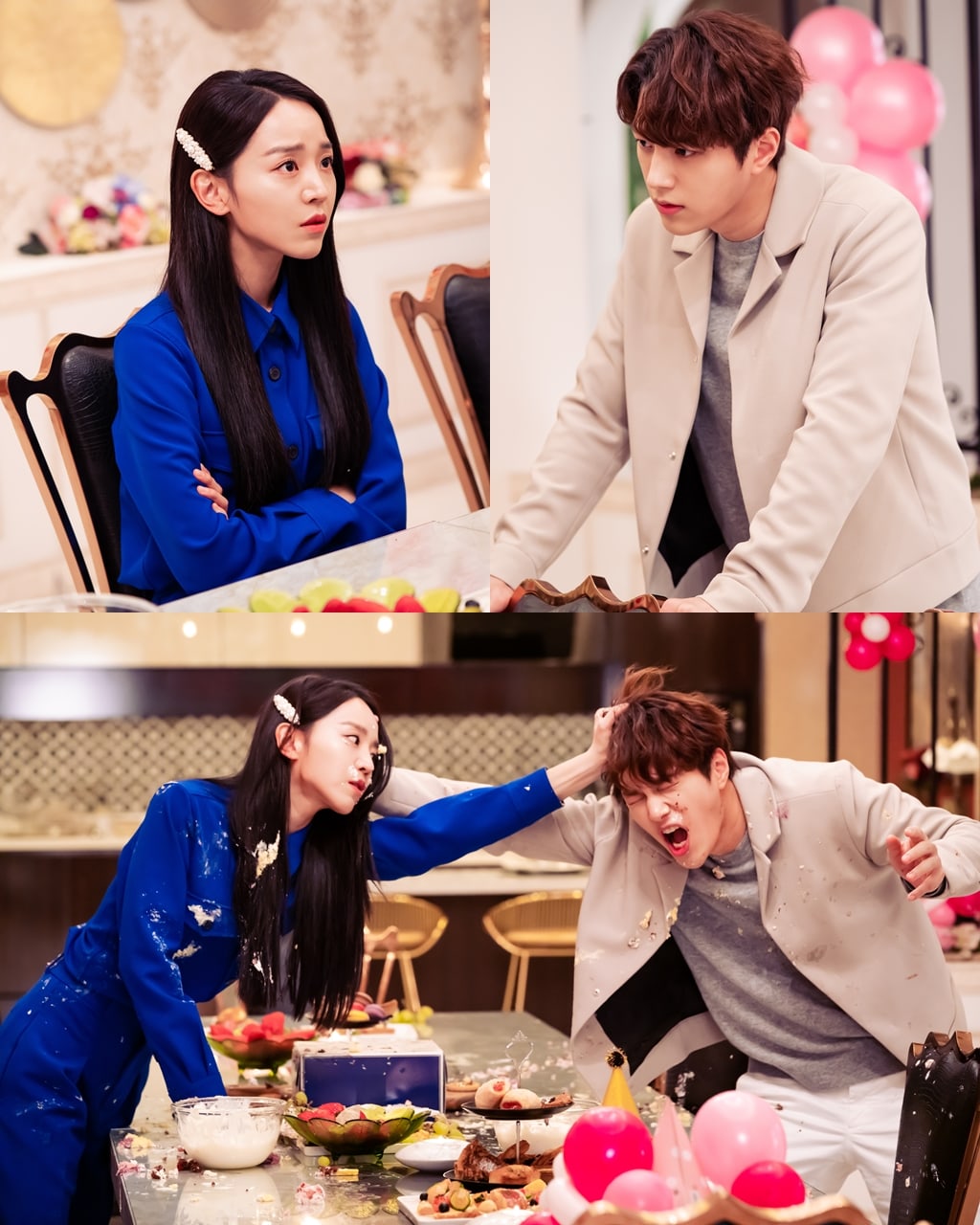 It was reported that the two didn’t hold back when it came to breaking down into the fight, showing a realistic argument and drawing laughter from everyone on set.