On the May 27 episode, a woman appeared on the show to tell the story about her husband who drinks every day.

According to the wife, her husband drank anywhere from one to six bottles of soju every day. He also asked her to prepare a table of drinks and snacks, made her go out to buy more alcohol for him, and had no recollection of his drunken behavior.

Recognizing the husband in the audience right away, MC Shin Dong Yup said, “Your complexion is the tone of someone who drinks.” When he commented that it was too much to ask his wife to prepare a table of drinks and snacks, the husband replied, “That’s why I got married. Since my wife rests at home, it’s only fair that she does it.”

The MCs also asked why the husband doesn’t go out to buy his own alcohol. To this, the husband confidently stated, “[There’s a saying that] rumors begin when a man goes out in the daytime. Also, my wife suffers from diabetes so I’m sending her out to make her exercise.”

Expressing his dismay and anger, Lee Dae Hwi commented, “The husband has [an archaic] Joseon era state of mind. Wouldn’t it create weirder rumors for your wife to go out to buy alcohol for a drunk husband? I didn’t know there were men like this.”

MC Shin Dong Yup added, “This is up there in terms of stories about alcohol. I think we’re going to have to air this across three weeks.” 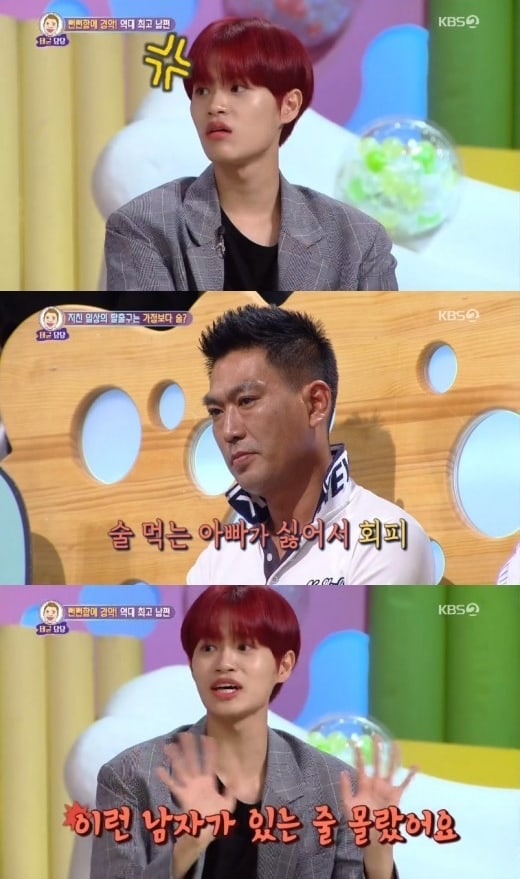 Hello Counselor
Lee Dae Hwi
AB6IX
How does this article make you feel?