On May 28, Super Junior’s Kyuhyun featured as a guest on MBC Radio’s “Kim Shin Young’s Hope Song at Noon”!

Kim Shin Young commented, “You have the vibe of a gentle Kim Gura,” while Kyuhyun jokingly added, “Kang Ho Dong was really scary in the past. Sometimes, his real gaze would come out, and I would freeze up.” 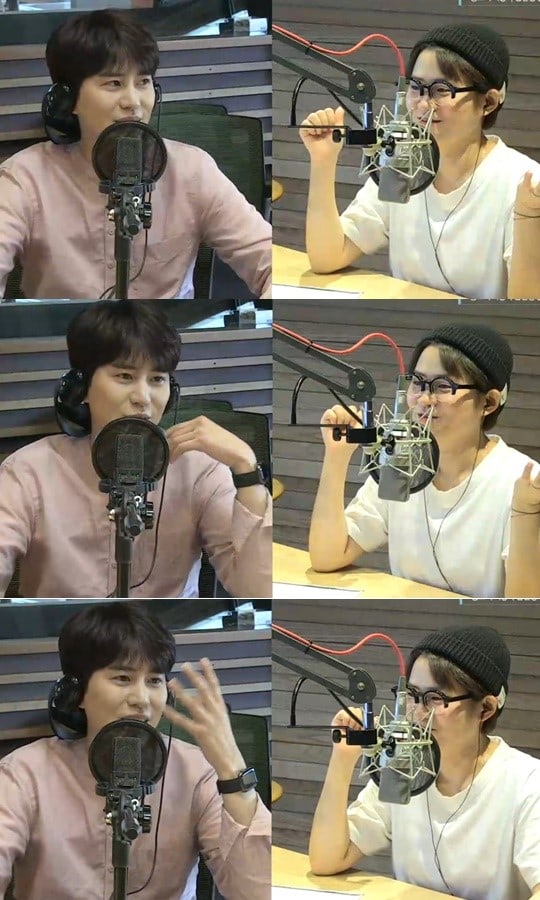 The Super Junior member also discussed his brainy image as it was previously revealed that his College Scholastic Ability Test (CSAT) score was in the top five percent. Kyuhyun explained, “There was a lot of media play about me being good at studying. It’s burdensome. It’s actually not to that extent.”

However, Kyuhyun added, “But I’m the best in Super Junior. I’m the brain amongst the members. I’m a big fish in a small pond. All the members have good sense, but I’m the best when objectively considering scores.” He continued, “I’m not confident in talking about studying. I’m a small fry.”

In addition to his studious image, Kyuhyun talked about being a ballad singer from SM Entertainment. Kim Shin Young asked if Kyuhyun thought he was the best ballad singer in SM, and Kyuhyun confidently replied, “That’s right.” He added, “I have a lot of self love.”

Kyuhyun continued, “Taeyeon is really great at singing, and Chen is also walking down the path of an sentimental ballad singer after me.” Afterwards, the artist also sang a part of Chen’s solo song “Beautiful Goodbye.”

Currently, Kyuhyun is busy promoting his latest title track “Aewol-ri” from his album “The Day We Meet Again” after returning from his military service. If you haven’t already, watch his music video here!