The “Beautiful World” cast members have shared their final thoughts following the end of the drama.

On May 25, the suspenseful and emotional drama aired its final episode, breaking its own personal viewership record. Over the course of its run, “Beautiful World” continued to draw in more and more viewers as it tackled the difficult subject of school violence in a way that was both intriguing and moving. 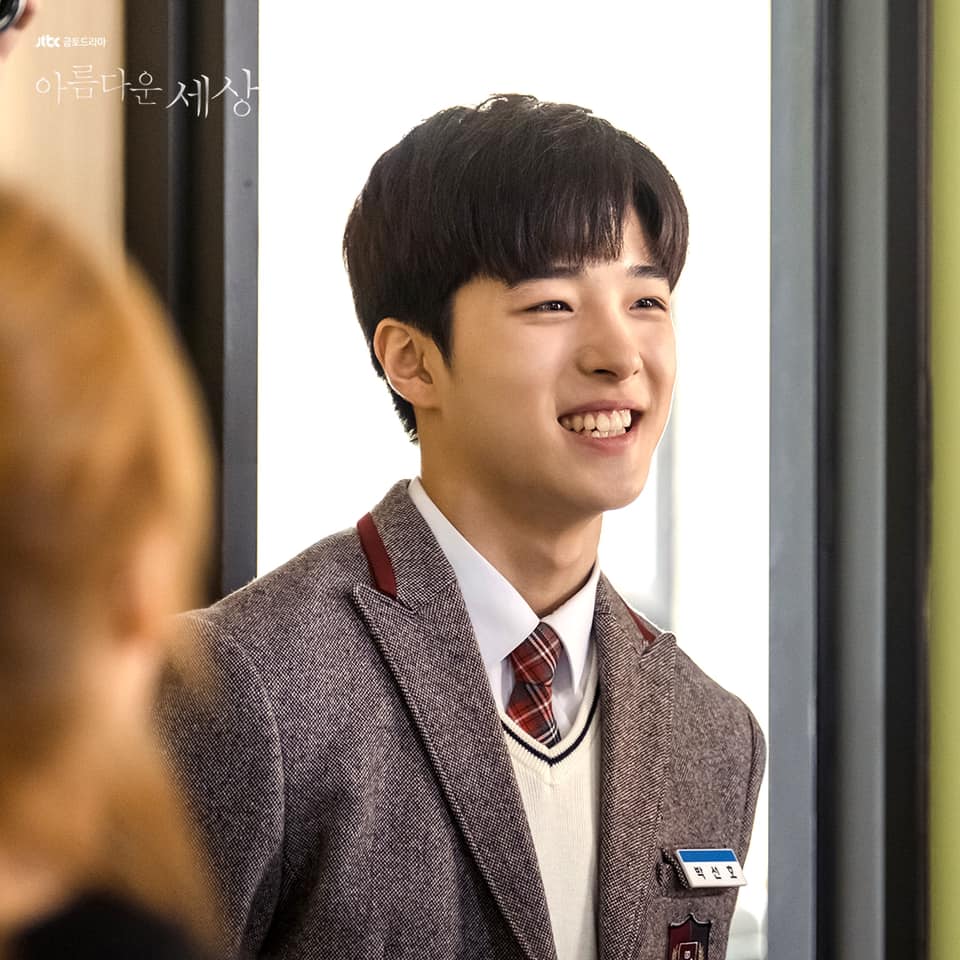 Nam Da Reum, who took on the role of the warm-hearted student Park Sun Ho, said, “I would like to thank writer Kim Ji Woo and director Park Chan Hong for trusting me with the role of Park Sun Ho.” He continued, “While the subject of the drama was deep, the set was always filled with laughter. I will miss it very much.” Nam Da Reum concluded, “I would also like to thank viewers who grieved and felt anger with [Park] Sun Ho’s family as well as cheered on [Park Sun Ho] to wake up as soon as possible. I wish for everyone who has been with us to continue to be happy in this beautiful world.” 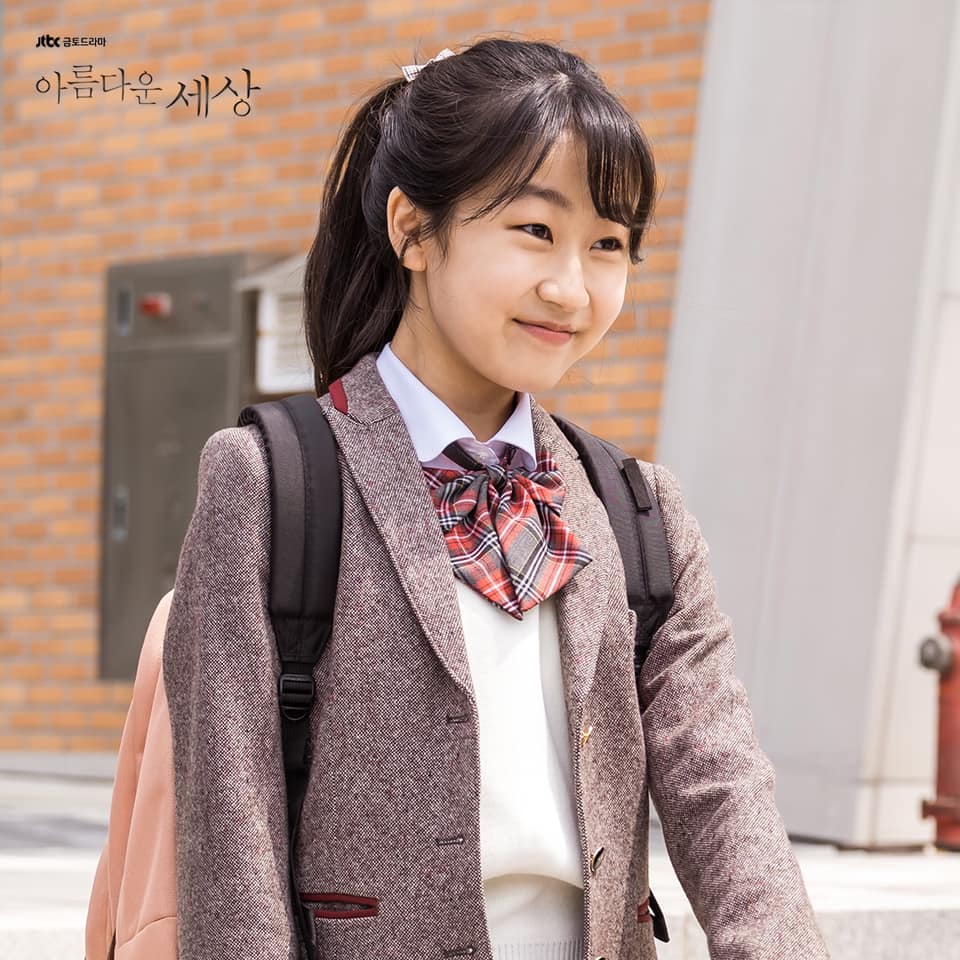 Kim Hwan Hee, who played the role of the angel-like sister Park Su Ho, commented, “It’s always bittersweet when a project comes to an end, but this time, I feel more sad than relieved because I liked and was fully immersed into the role of [Park] Su Ho.” The child actress added, “I had an amazing time while working together with great actors, [reading] a script written by a great writer, and being directed by a great director. I sincerely thank you for loving [Park] Su Ho, and I will make improvements and return as a better actress.” 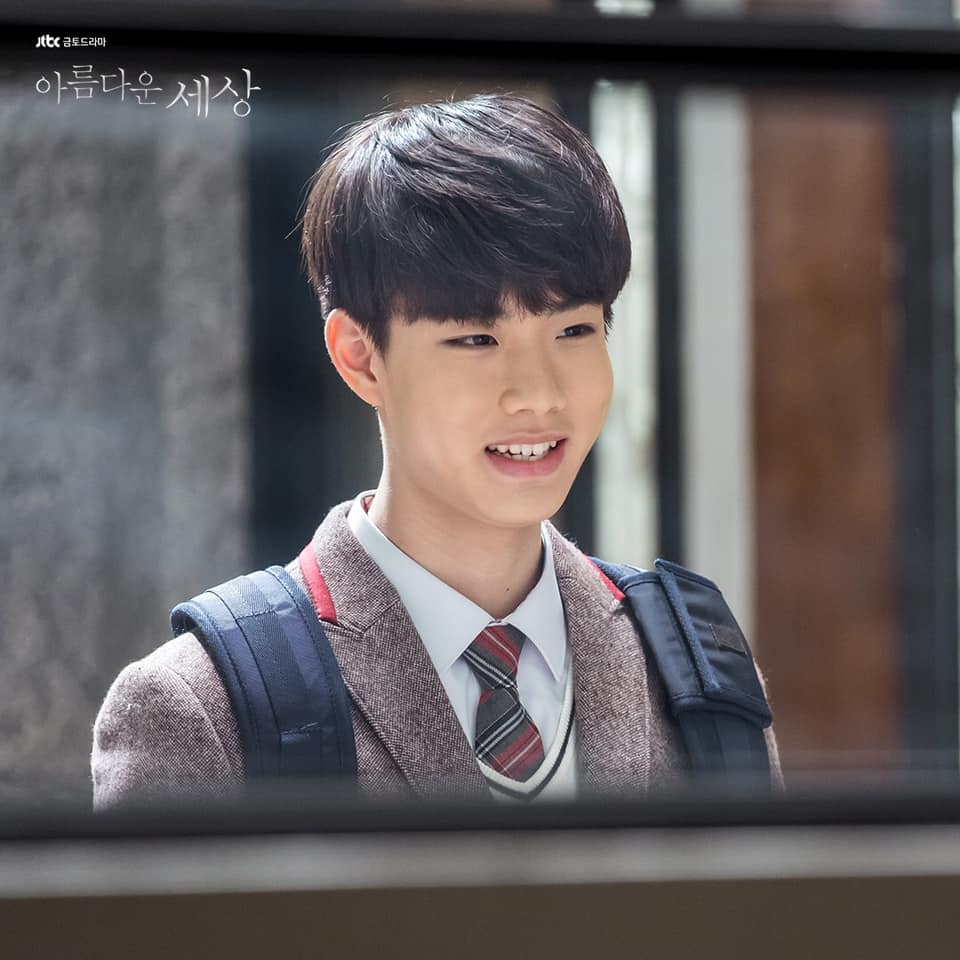 Seo Dong Hyun took on the role of the troubled student Oh Joon Seok, who ultimately admitted to his mistakes and experienced changes within himself. The actor stated, “It was sometimes too much to portray a difficult person such as [Oh] Joon Seok, but I endured because I was with the perfect actors and staff members.” Seo Dong Hyun concluded, “I hope that the way the public perceives and handles school violence improves because of this drama. Thank You.” 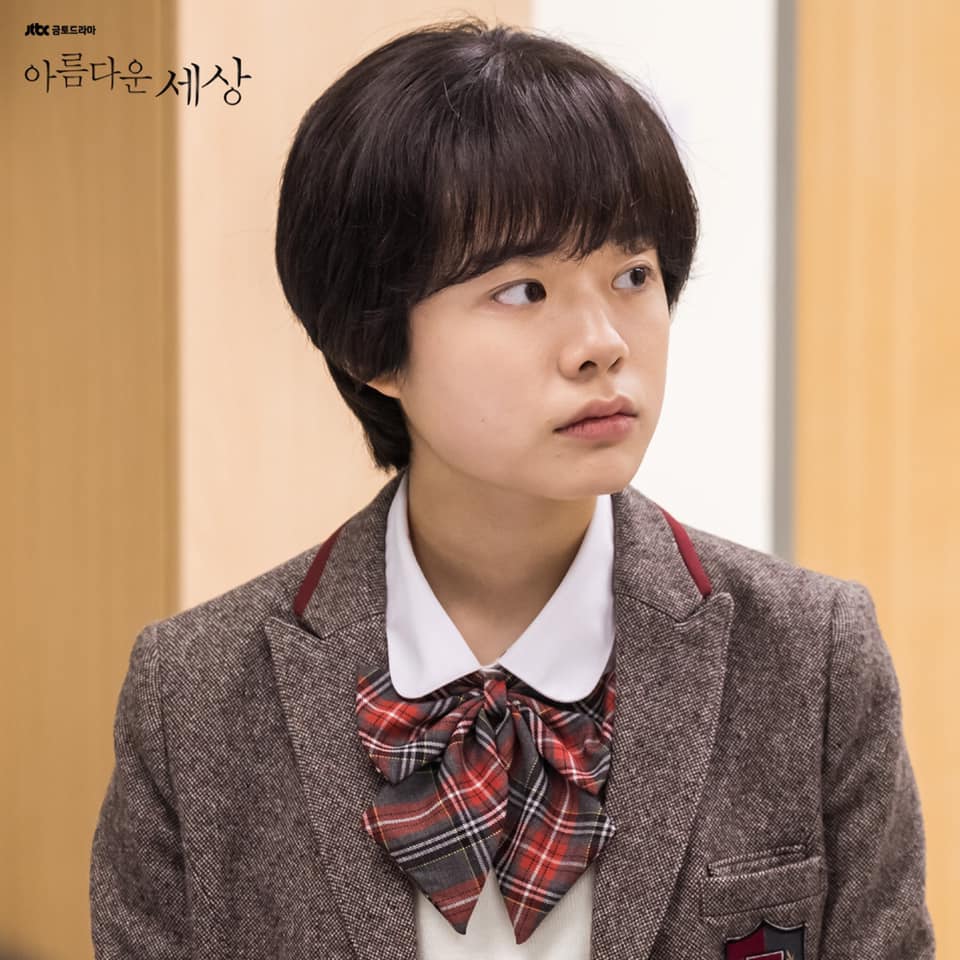 Lee Jae In played Han Dong Hee, a timid student who overcame school bullying and found hope. The actress said, “I was glad to be able to play the character [Han] Dong Hee. I’m thankful for the director for giving me a chance to act [in the drama].” She continued, “I would also like to thank many staff members and senior actors who worked together to create ‘Beautiful World.’ I hope the world has become a more beautiful place through this drama.” 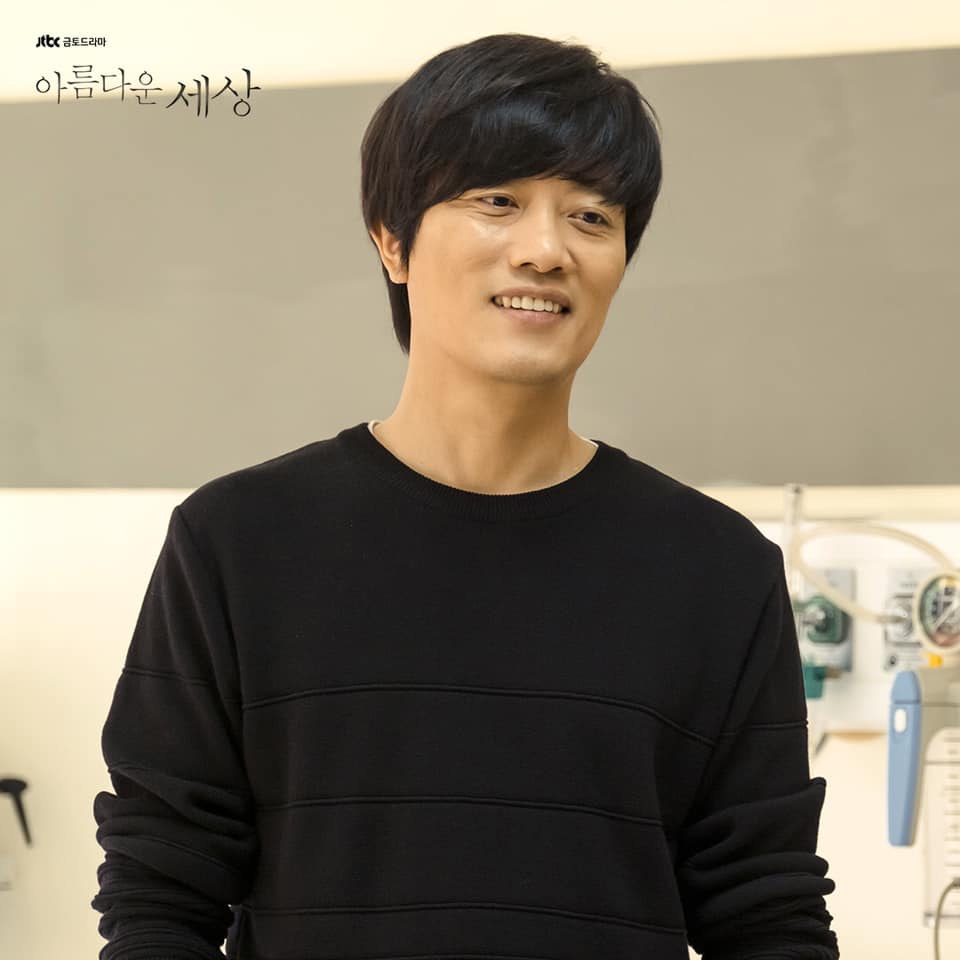 Park Hee Soon played Park Moo Jin, a father who fought against injustice for his family. The actor stated, “I still cannot believe the drama has ended. I express my sincere gratitude towards writer Kim Ji Woo and director Park Chan Hong, whom I always trust, as well as actors and staff members, and most of all, the viewers.” The actor concluded, “I was glad to partake in such a great production. I hope at least a little bit of the drama’s intended message was delivered to viewers and that you remember ‘Beautiful World’ for as long as possible.” 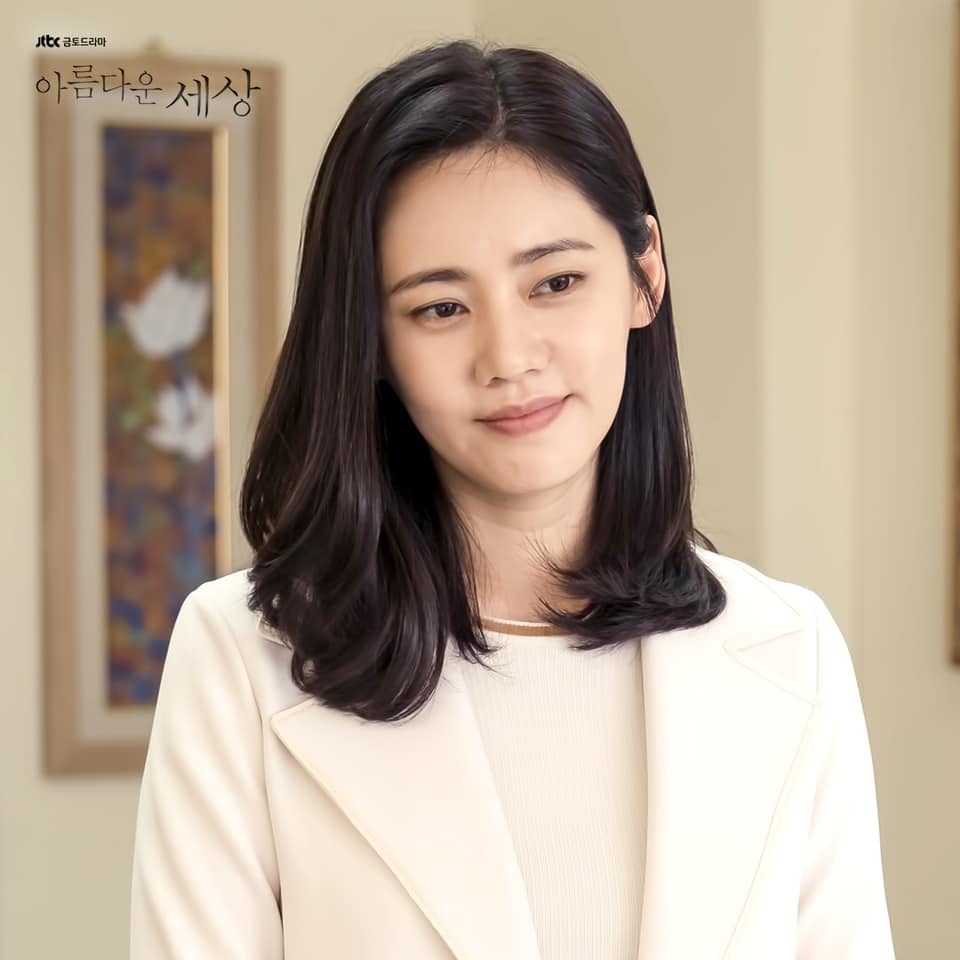 Chu Ja Hyun played Kang In Ha, a mother who did not give up until the truth was discovered. The actress shared, “As each episode passed by, the drama made me look back at myself and wonder if I have the ability to portray the character [Kang] In Ha well.” The actress added, “Thank you for giving me the opportunity to take on a great role. I will return as an actress who works hard based on the support and energy I received from this drama.” 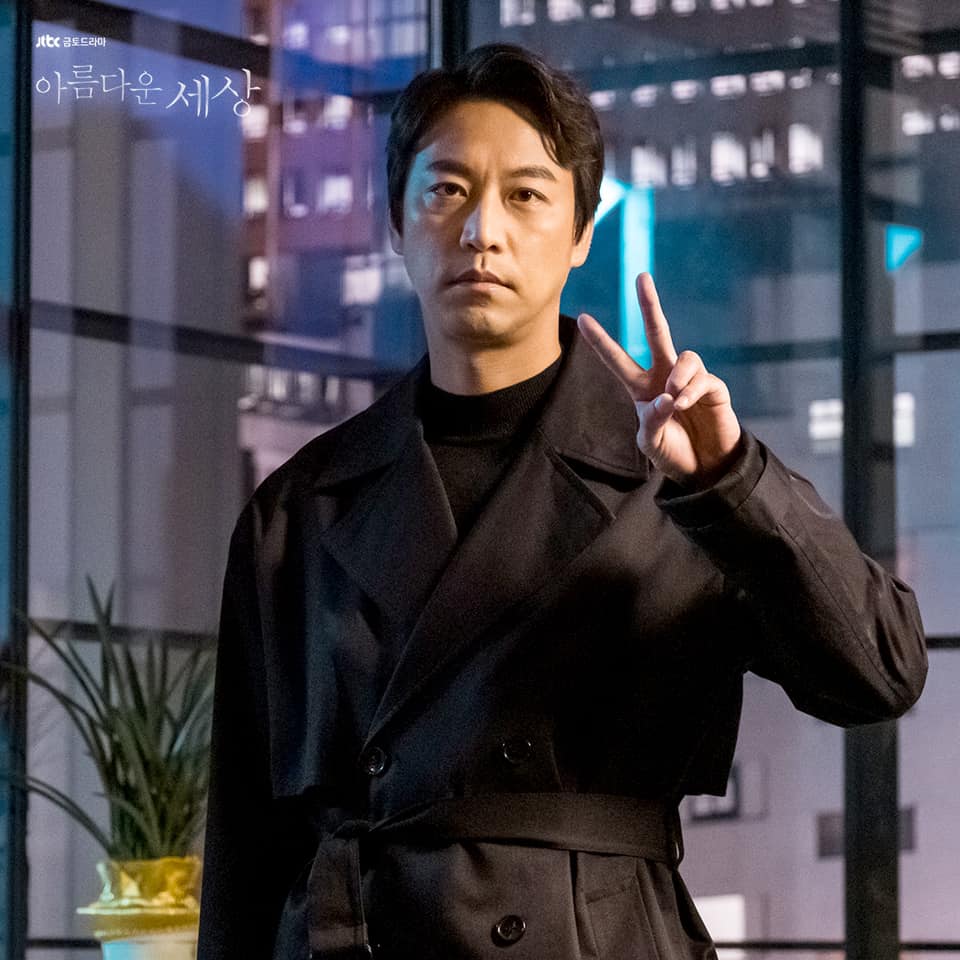 Oh Man Seok took on the role of Oh Jin Pyo, a father who drove his son towards a cliff due to his mistaken values. The actor stated, “I was honored and grateful to participate in such a meaningful project. It was a meaningful time for me because while filming the drama, I was able to learn and really think about what it means to be a good adult.” 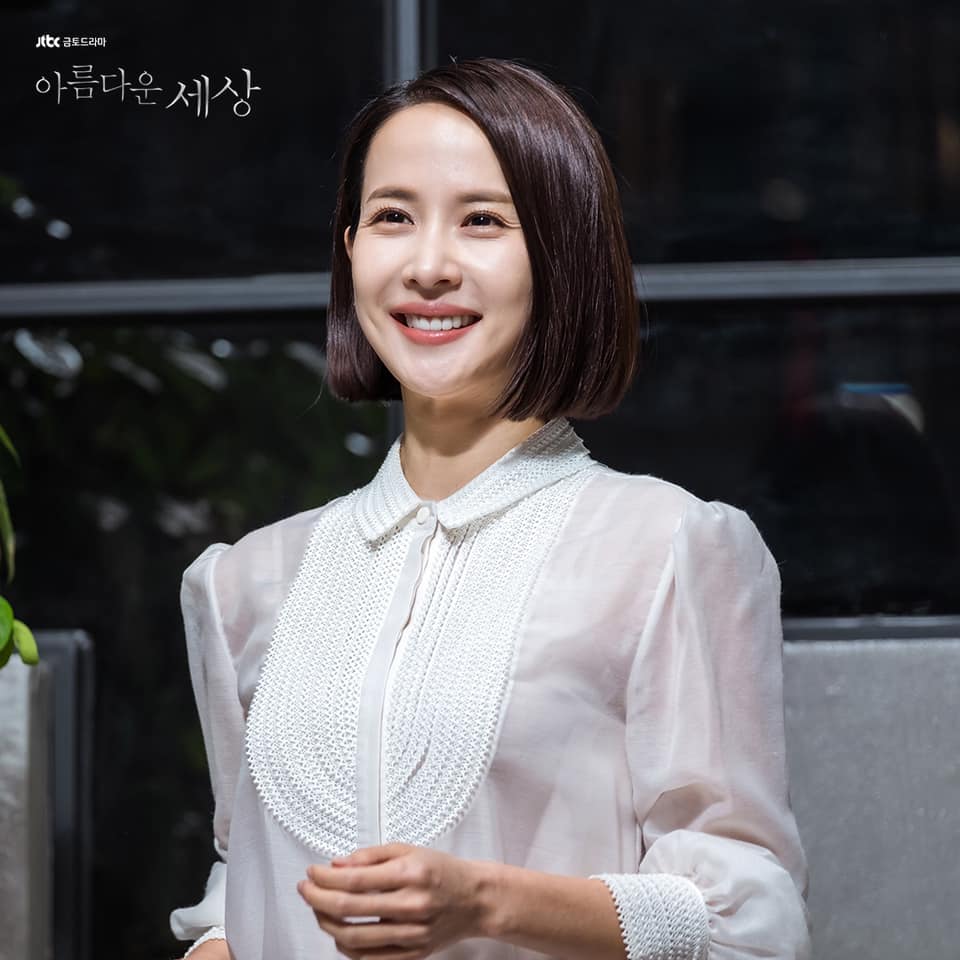 Jo Yeo Jeong played Seo Eun Joo, a mother who felt conflicted between protecting her son and seeking out the truth. The actress said, “I feel relieved to have gotten rid of the heavy concern that accompanied me [while playing] the role of [Seo] Eun Joo. I will cherish the drama as a memorable experience that allowed me to take some time to think about the beautiful world suggested by the drama title.” 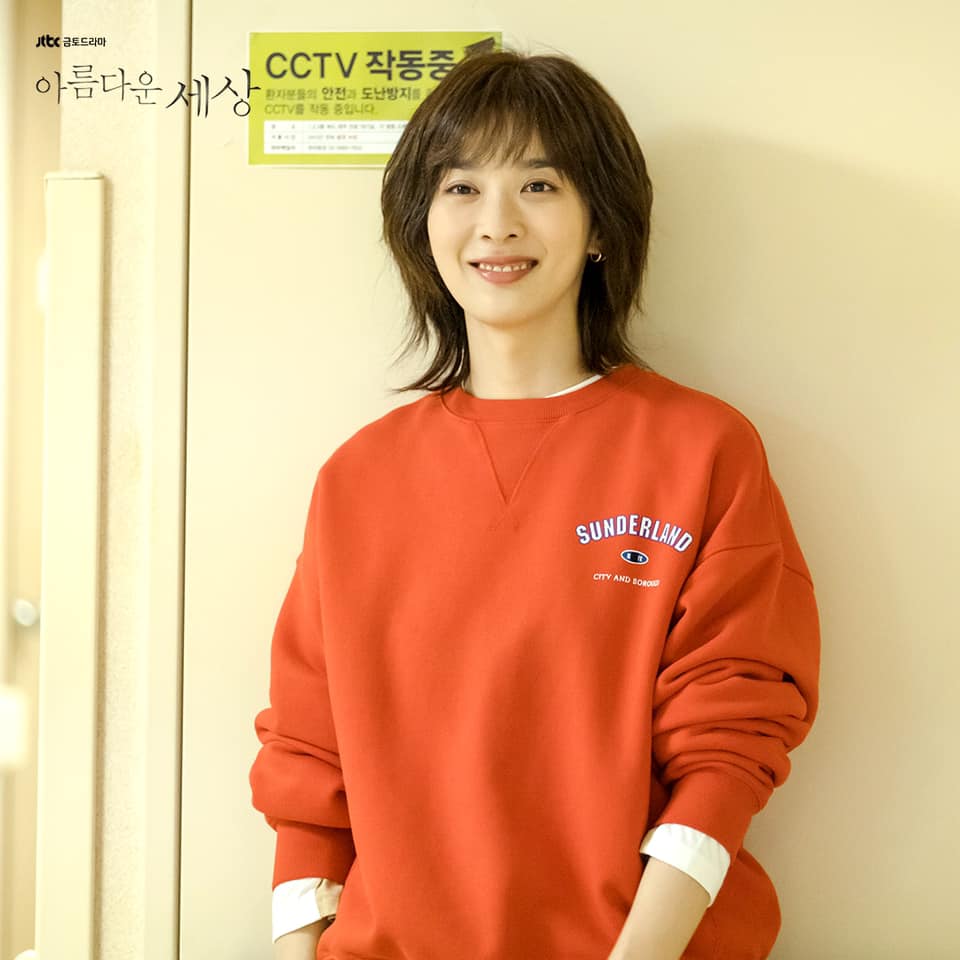 Lee Chung Ah played the aunt Kang Joon Ha who considered her family more important than everything else in her life. The actress began, “I read every script I received while holding my breath, and I felt much happiness while thinking that we are all working together to create this story.” The actress concluded, “While reading the heartfelt lines by writer [Kim Ji Woo], some of them made me reflect on my past. It was truly a happy experience to work together with the writer, the director, all staff members, and great actors.”

Start watching “Beautiful World” below if you haven’t already!