Watch: BTS’s V Impresses With His Acting Of A Scene From “The Moon Embracing The Sun”

BTS’s V reenacted a scene from the popular historical romance drama “The Moon Embracing the Sun”!

On May 28, episode 73 of “Run BTS!” was released on Naver’s V Live. The theme of this episode was “Run BTS Drama.” For one day, they had to act as drama characters. Before the official game begin, the members took on an acting test by saying famous lines from dramas.

BTS V took the role of Yeo Jin Goo‘s character (the teenaged version of Kim Soo Hyun‘s role King Lee Hwon) from “The Moon Embracing the Sun.” His members labeled him as “Actor Kim” because of his previous acting experience and everyone was excited to see how he’d perform the role.

V didn’t disappoint them. In his low voice, he perfectly imitated Kim Soo Hyun by reciting the lines, “Did you ask me to forget you? Did you hope I would forget you? I’m sorry. I tried to forget you, but I couldn’t.” 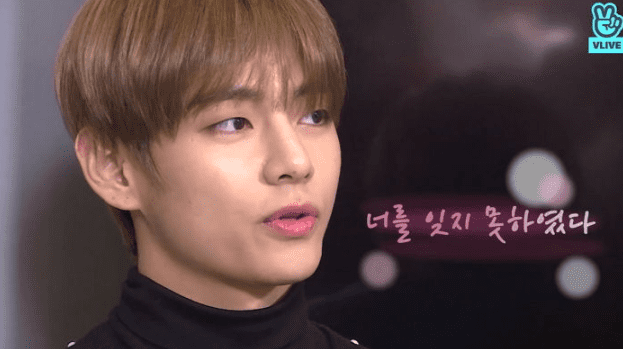 Once he finished, his members applauded in awe, and Jungkook repeated the famous line and joked that he personally would have said it in a dialect.

Check out V’s acting starting from 12:30 below!

If V’s acting made you nostalgic, re-watch “The Moon Embracing the Sun” below!

BTS
The Moon Embracing the Sun
V
How does this article make you feel?