Park Bo Gum showed love for BTS at their concert in Hong Kong!

On May 29, BTS uploaded a video in which they hung out with the actor backstage. The group previously performed in Hong Kong as part of their “Love Yourself” world tour.

In the clip, the members are in a rush after being told that they have a special guest waiting for them in one of the rooms backstage.

When they enter the room, they’re shocked to see Park Bo Gum, who is covered in BTS and BT21 gear. Noticing Park Bo Gum’s Cooky headband, RM laughs as he asks V, “Was Bo Gum’s favorite [member] Jungkook?” J-Hope also questions V if he knew that the actor had plans to come, but they are surprised to find out that he had arrived without notifying any of the members. Park Bo Gum also tells them that he was able to watch them perform since his own fan meeting event was in Hong Kong as well.

Park Bo Gum informs the BTS members that their concert had been incredibly cool, and the members can’t hide their fascination at seeing Park Bo Gum’s “Love Yourself” t-shirt. 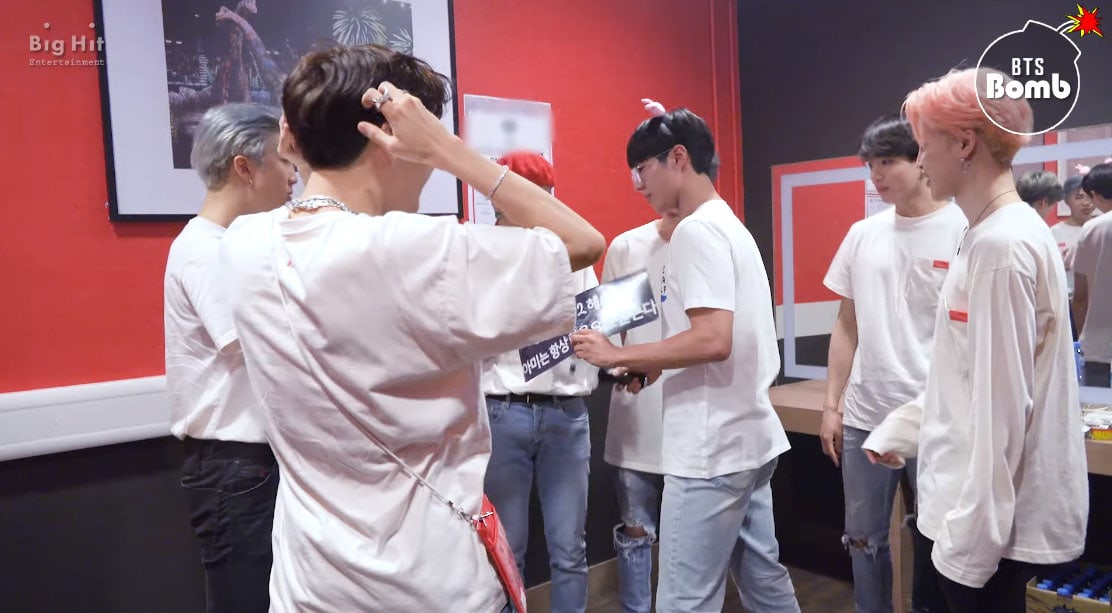 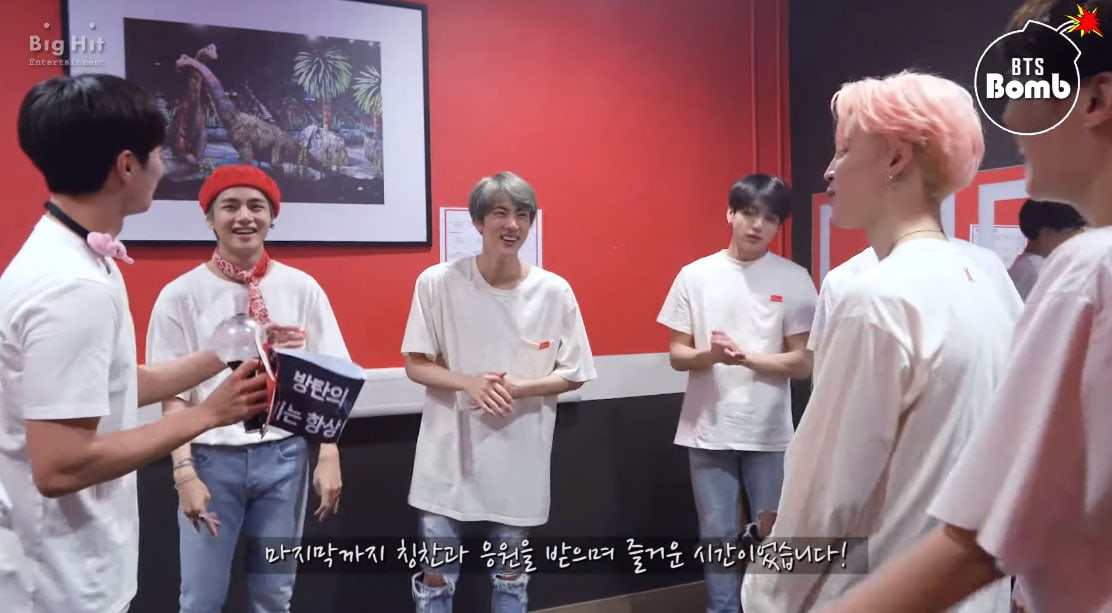 With smiles on their faces, they take a sweet photo to commemorate their meeting.

After taking their picture, Jin walks up to give Park Bo Gum the sunglasses that he had worn during the concert. With laughter filling the air, the BTS members talk about the possibility of going to Park Bo Gum’s fan meeting. 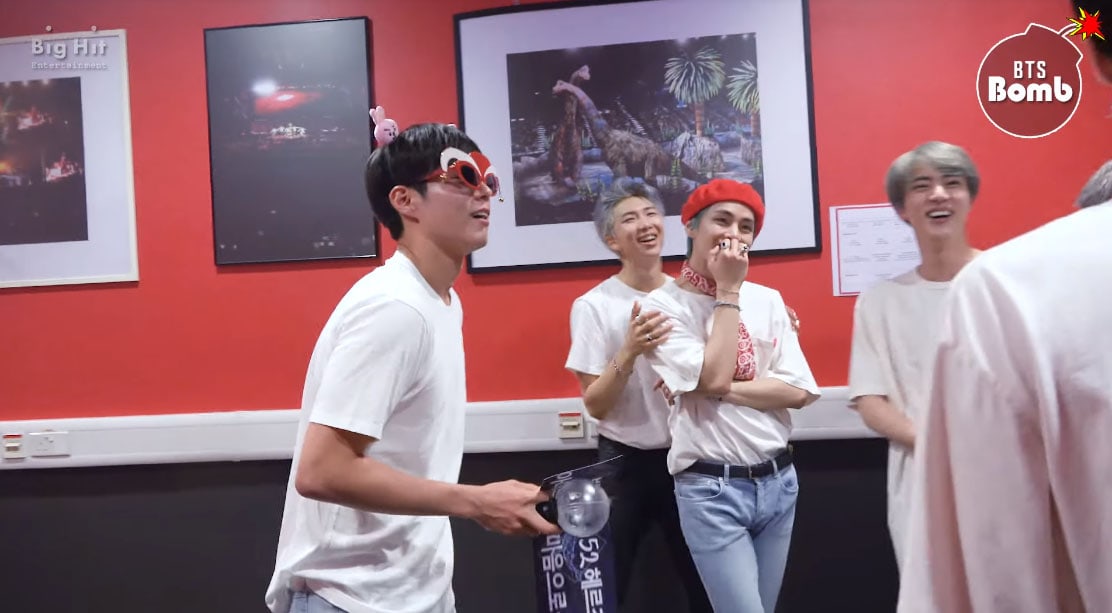 Park Bo Gum
BTS
How does this article make you feel?